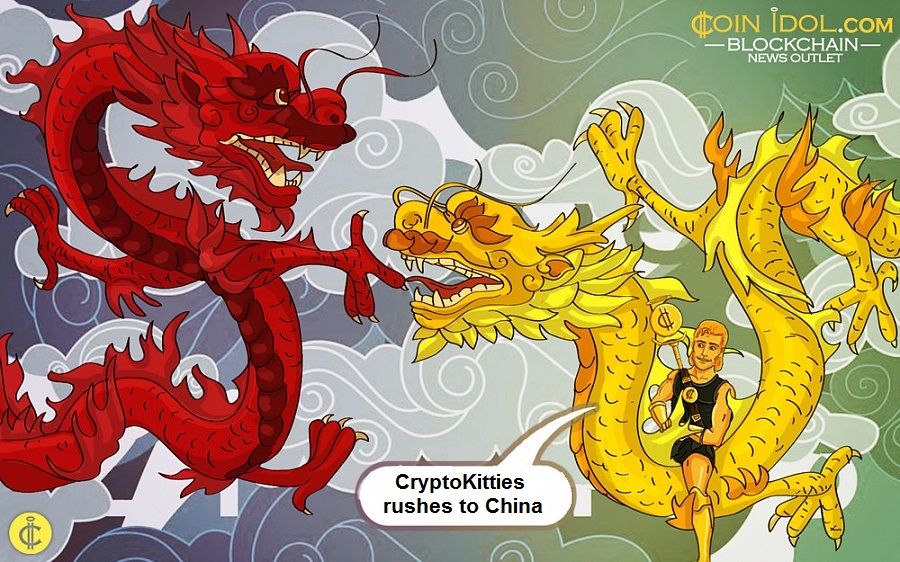 Popular blockchain-based virtual game CryptoKitties, operated on the Ethereum network, hits mobile phones in China. This new important market has not been involved in the global financial trade until now.

Co-founder of the game Benny Giang informed  CryptoCurrencyNews in an interview:

“We’re incredibly excited to show China and the rest of the world that blockchains potential goes beyond cryptocurrencies like Bitcoin.”

According to Quartz, you will be able to find the mobile app for CryptoKitties in the App Store in greater China and Singapore during the coming Lunar New Year that starts Feb. 16. It was announced that the app is going to be available throughout the world within weeks after its China launch, but both release dates have yet to be decided.

The first blockchain game, CryptoKitties, broke into the cryptocurrency market in late November 2017. Based on the Ethereum blockchain, CryptoKitties uses Ether (ETH) as its in-game currency.  According to CryptoKitties Sales, a third-party data site, players have spent over $19 million USD trading kitties.

Originally players could adopt, raise, and trade digital cats in a marketplace, and rent them out for breeding or have their own cats breed between themselves in the game. Each cat has its own set unique of attributes, and the rarest ones may become really expensive.

The new app will get some interesting updates. First of all, designers added a new ‘Gen 0’ cat that joins the game every 15 minutes.  Besides that, there will appear ‘fancy cats’ with unusual costumes, including one that looks like a golden dragon.

China has Shut Down All Cryptocurrency Exchanges

Even though the blockchain mobile launch will have a wallet feature, gamers won’t be able to change fiat currencies into ethereum due to China’s crackdown on crypto trading. Moreover, the country is going to block access to offshore trading platforms.

Tags
China Game Blockchain Video Mobile Ethereum Trading Market Network Finance
Most Popular
May 02, 2021 at 11:54
News
South Korea Announces Testing of CBDC Right After Imposing a New Tax Framework; Is It a Coincidence?
May 02, 2021 at 10:36
News
Chainlink Breaks Initial Resistance at $38, Eyes $44 Overhead Resistance
May 02, 2021 at 09:14
News
Uniswap in Minor Retracement, Set for More Upside Momentum
May 01, 2021 at 12:54
News
Russia is Going to Establish a Special Department for Exploring Artificial Intelligence
May 01, 2021 at 11:58
News
Dogecoin Price Pushes To The Upside; Can Bulls Breach The $0.45 Resistance Zone?
More