Cryptojacking is No Longer an Issue? 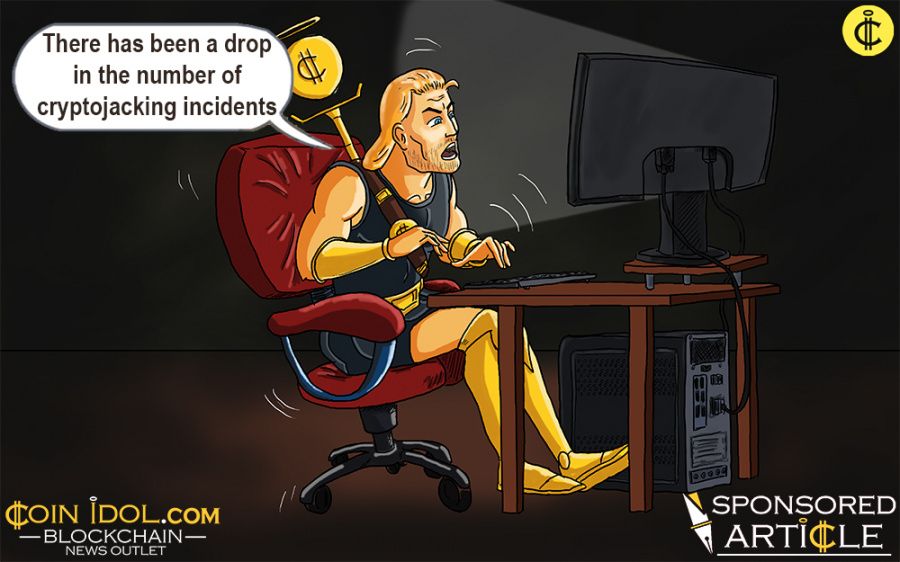 After the recent shutdown of Coinhive, many people have reported that there has been a drop in the number of cryptojacking incidents. With that in mind, we’ll now take a look into whether cryptojacking is a thing of the past, or if it still continues to be a problem for users of cryptocurrency.

But, just what exactly is cryptojacking? Does it pose a risk to me as an internet user? Well, it just so happens that each of these questions and more will be answered in the following article. So, without any further ado, here’s all of the vital information that you need to know about cryptojacking.

What is Cryptojacking and how does it work?

If you’re not sure of exactly what cryptojacking is and how it works, there’s no need for you to worry – the following section will cover exactly that. Essentially, it can be described as a script that is used to illicitly mine cryptocurrency. In turn, this means that criminals can use is as a way to make money illegally, often through a form of malware such as ransomware.

Cryptocurrency can be mined by infecting your system with malware, or perhaps by injecting a script on an advertisement or website. It then begins to constantly run silently in the background, which means that it could potentially be hard to detect. In spite of this, there are methods which you can utilise in order to identify any cryptojacking processes. Overheating, high CPU usages, and slow response times are all tell-tale signs.

How to Prevent Cryptojacking

Now that we’ve established what cryptojacking is and how it works, you might just be wondering exactly what you can do to prevent it from occurring in the first place. If that’s you, continue reading as we’re about to cover just that.

Having anti-malware software installed on your device is one of the best things that you can do to prevent any instances of cryptojacking. Once you have got reliable software up and running on your system, you will then need to ensure that it is kept up to date at all times, as this allows you to protect yourself from all of the latest threats.

Anti-malware browser extensions are another method of preventing cryptojacking too. This is because they essentially alert you when you have visited a website which is making an attempt to use your device for cryptojacking. In the event this happens, all you will need to do is exit the browser or close the tab – it’s as simple as that!

The Shutdown of Coinhive and Cryptojacking Incidents

Cryptocurrency-mining scripts have been around for many years, with many cybercriminals making use of them in an attempt to illegally make money as early as 2012. By late 2017, a new kind of malware had begun to take its toll on the internet - when Coinhive was introduced to the world.

Coinhive differed from previous trojans in that it didn’t require a standalone application. Instead, it attacked a system via browser scripts, which are much harder to detect than the previously used trojans. This left many people worried, as it meant that their systems or websites could be compromised, most of the time without them even knowing about it.

However, the now infamous cryptocurrency mining script Coinhive was finally shutdown in March 2019, as it was continually being used to jeopardise the entire cryptocurrency ecosystem. As a result of the shutdown, there was sharp decline in web-based cryptocurrency mining, which led many people to believe that it would solve the issue altogether.

Yet, over two months after the shutdown, Coinhive continues to be an issue on many websites and devices such as routers which have been hacked by the script. According to reports, as many as 1 million cryptojacking attempts are blocked daily. This is clear evidence that cryptojacking has yet to be eradicated.

In spite of the fact Coinhive has been shut down, it still exists to a certain extent on many infected websites and devices. Thankfully, Coinhive’s shutdown means that mining is not possible, as without the service being active, a connection cannot occur. With that being said, a new miner in the form of WebMinePool has since begun wreaking havoc on routers which have been compromised by Coinhive in the past. So, this emphasises the need to protect yourself so that you can avoid the cryptojacking problem.

Conclusion - Cryptojacking: is it still a problem?

To conclude, it would be appropriate to suggest that even though instances of cryptojacking appear to have declined in recent times, it’s most definitely an issue that still exists to date. This will continue to be the case unless new security measures are put in place by websites and services.

Therefore, it is clear to see that cryptojacking is, at least at the time of writing, still something that you need to be concerned about. For that reason, it is important that you take the necessary precautions in order to avoid becoming a victim yourself.

One of the best things that you can do is invest in solid internet security/anti-malware software. This will go a long way in protecting you from any internet nasties, as we covered earlier in the article. But, those who would like to go a step further will be happy to know that you can do exactly that with a virtual private network (VPN).

So, if you’re in search of  privacy-oriented VPNs that can help to take your online privacy to a whole new level, you most definitely won’t be alone. After all, you’ll be able to benefit from such features as web traffic encryption, location masking, and many other features.

Windscribe, NordVPN, and CyberGhost are all great options which don’t keep any logs, and they won’t break the bank either – with subscriptions to the above available for an affordable monthly fee. Take NordVPN for example, it’s available from as little as $2.99 a month. This is fantastic for a service which is one of the most highly-rated and widely-used in the world right now!