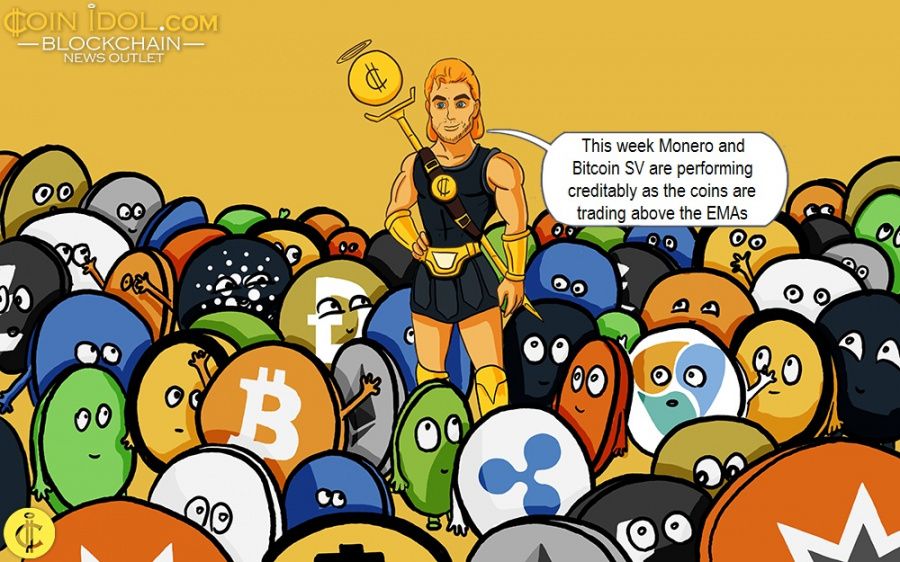 This week Monero and Bitcoin SV are performing creditably as the coins are trading above the EMAs. In their respective moves, the coins are facing resistance at a higher price level. This is largely due to a lack of buying power to push the coin upward. Maker is the only coin that had been in a sideways move since April. Lastly, Stellar and Binance Coin's selling pressure has overdone. 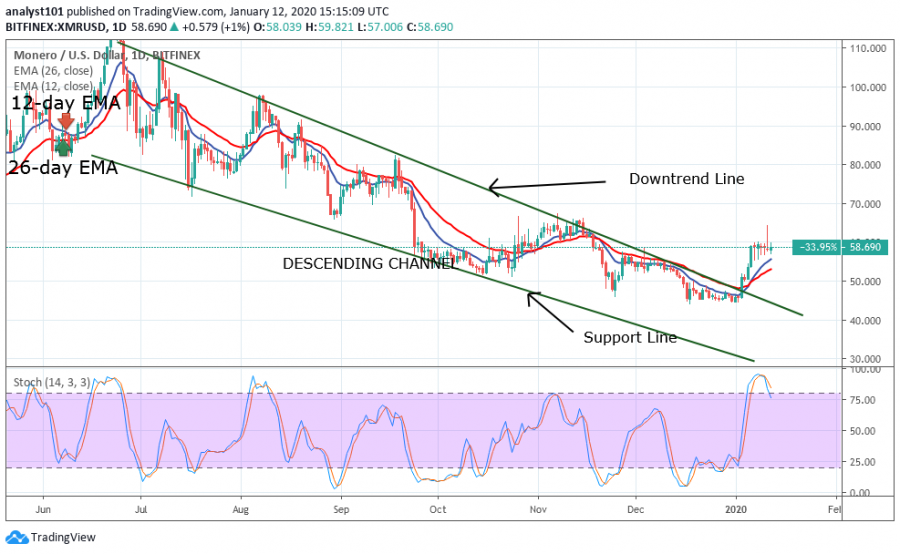 The pair has long been in a downtrend and selling pressure has been overdone. At the $0.043 low, bulls are supposed to take possession of the price. Insufficient buyers at the lower levels of price have caused the inability of price upward movement. Nonetheless, XLM had been consolidating over $0.043low since December 17. XLM will retest the $0.06 resistance if the EMAs are breached. Presently, the Fibonacci indicates that XLM ought to have been reversed at the 1.272 extension level. 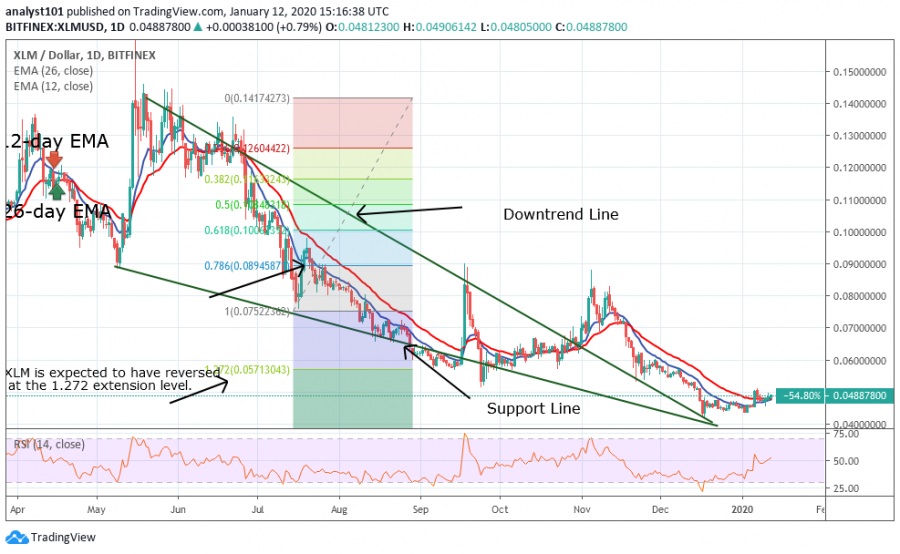 Maker had been in a sideways move since April 2019. At present, it is fluctuating between $400 and $700. Interestingly, the bears still have an upper hand as Maker trades beneath $500. Maker is currently at the overbought area of the daily stochastic. It shows that Maker is in bullish momentum. When a price is in the overbought region the bears are likely to come in. Maker is relatively stable and relevant for position traders. 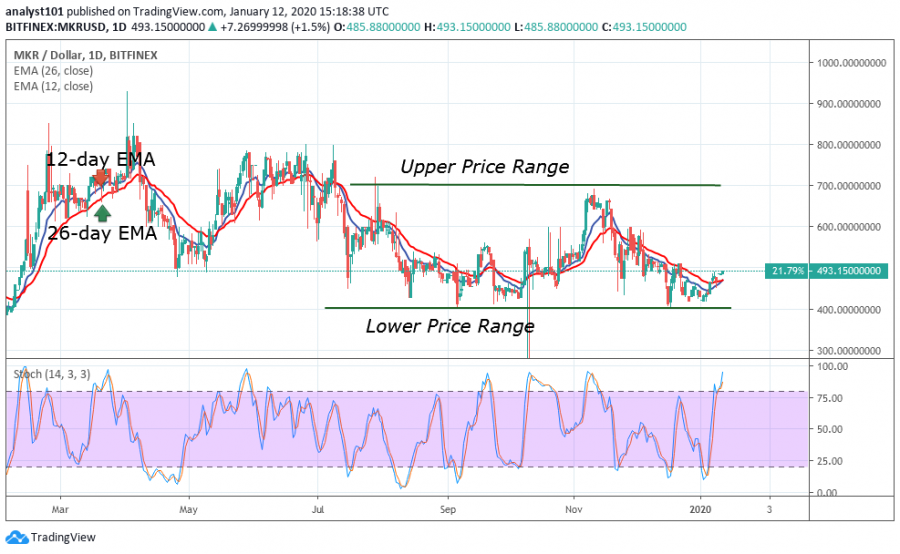 Bitcoin SV had reversed since October 2019 after the downtrend line was breached.

The uptrend has been hampered by insufficient buyers at a higher price level. Recently, BSV made remarkable moves which earned it a price of $180. Regrettably, BSV drops again and fluctuates between $140 and $180. Nonetheless, if BSV had gotten the initial success over $180 resistance, BSV would have been out of the downtrend zone. Possibly a retest is likely as the market makes another move at $180. 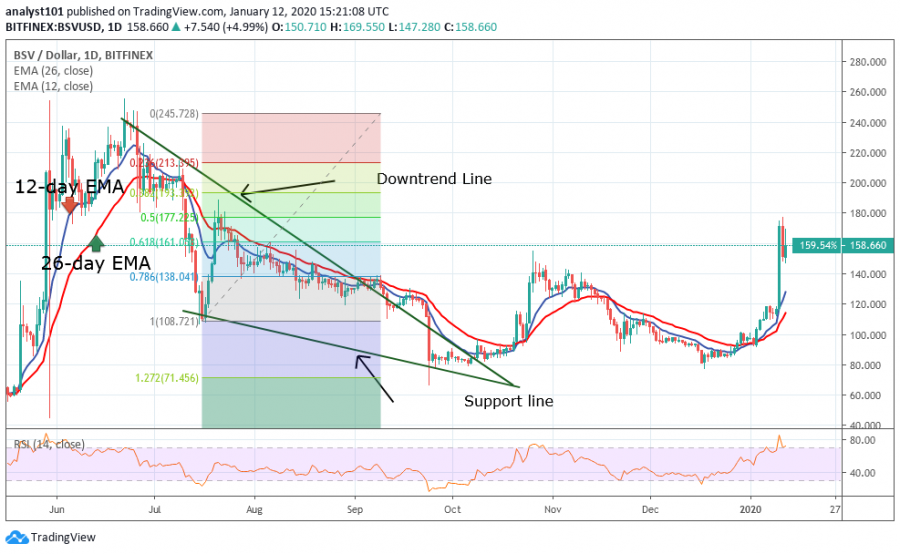 Binance Coin is still in a bear market that began in July 2019. BNB had its last bearish impulse on December 17, at $12 low. BNB is making encouraging moves as it breaks over the EMAs.

The coin is rising and may break the resistance at $16. We expect that BNB will above $20 if the bulls are successful. Hopefully, we will assume that the pair is out of the bear market.

Meanwhile, Binance Coin is above 60% range of the daily stochastic signifying BNB is rising. 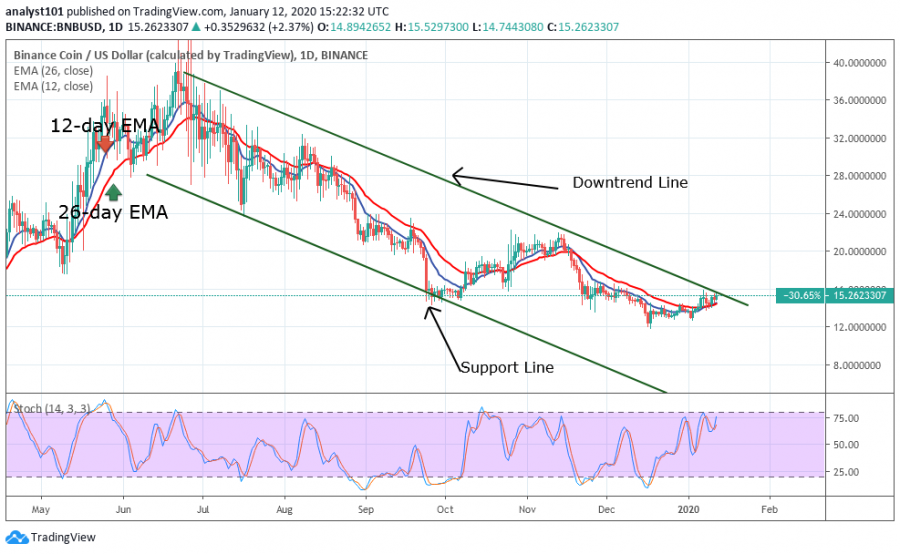 Tags
Cryptocurrency Bitcoin SV Price Binance Monero Bitcoin April Trading
Most Popular
Sep 22, 2021 at 11:11
News
Bitcoin Cash Drops Sharply to the Oversold Region, Poises for a Fresh Uptrend
Sep 22, 2021 at 10:15
News
Learn Professional Trading From The Best. DIFX Academy Is The Place To Be
Sep 22, 2021 at 09:17
News
Cardano Declines to the Previous Low at $1.91 as Bears Resume Selling Pressure
Sep 21, 2021 at 13:11
News
The Chinese Digital Yuan Shows Success, but WeChat and Alipay Pose Threats
Sep 21, 2021 at 12:42
PR
How Africa Spearheads The Global Adoption Of Bitcoin And Cryptocurrencies
More