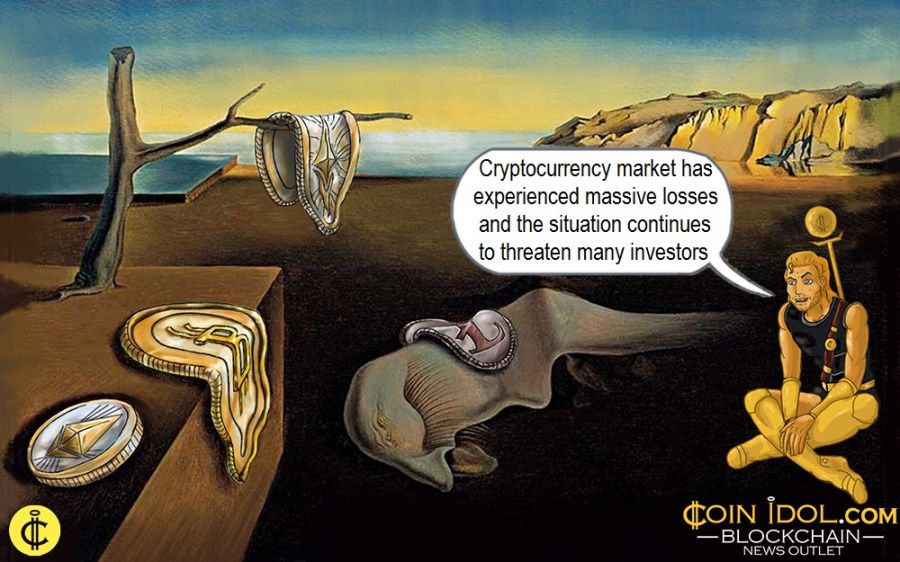 The cryptocurrency market has experienced massive losses and the situation continues to threaten many investors. In fact, the losses have already wiped away year-long gains. Veteran traders including Jacob Canfield and Peter Brandt predicted Bitcoin price to be at $5,500 by July 2020.

What price do you guys have for the bottom on this #bitcoin downtrend?

I think we could see $5500 personally as it is the 78.6% from the swing low to swing high, but we may see a bounce or two in between here and there. pic.twitter.com/2TSK8XhecH

However, at the time of writing, the world’s oldest cryptocurrency, Bitcoin ( BTC/USD), is changing hands in the green at around $7,163 (7.51%) with a market cap (MC) of $129.71 billion and trading volume of $33.48 bln. In just 24 hours, Bitcoin has gained over $8 billion. For over a decade now, BTC has continued to lead the cryptocurrency market and it is currently dominating with 68.3%. 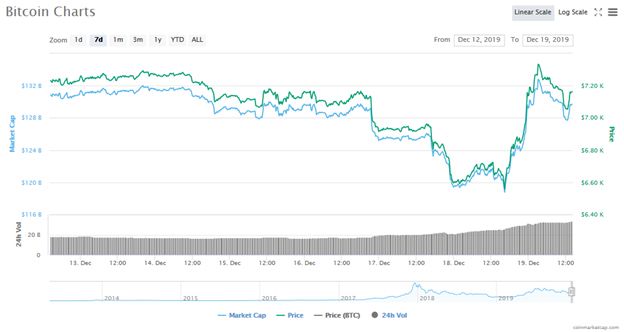 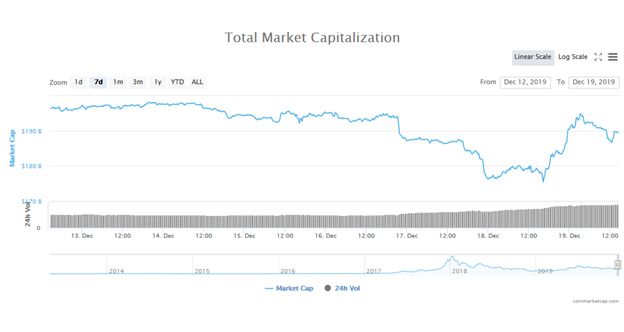 Still, on December 18, 2019, it was not only Bitcoin that faced a carnage, all the top 50 cryptocurrencies were trading in red except a few digital assets including MINDOL (MIN), HedgeTrade (HEDG), Holo (HOT) and THETA (THETA). 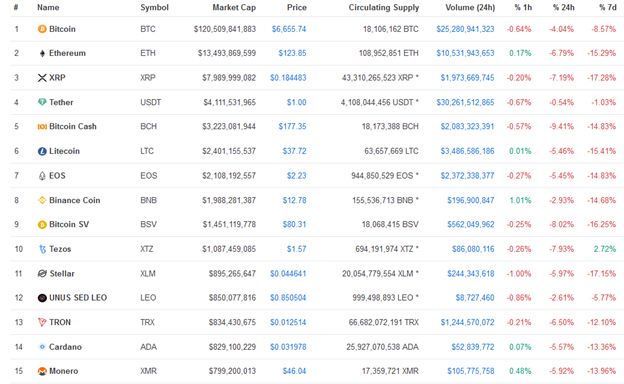 Tags
Market Bitcoin price Cryptocurrency Breakdown Price Trading July Bitcoin
Most Popular
May 02, 2021 at 11:54
News
South Korea Announces Testing of CBDC Right After Imposing a New Tax Framework; Is It a Coincidence?
May 02, 2021 at 10:36
News
Chainlink Breaks Initial Resistance at $38, Eyes $44 Overhead Resistance
May 02, 2021 at 09:14
News
Uniswap in Minor Retracement, Set for More Upside Momentum
May 01, 2021 at 12:54
News
Russia is Going to Establish a Special Department for Exploring Artificial Intelligence
May 01, 2021 at 11:58
News
Dogecoin Price Pushes To The Upside; Can Bulls Breach The $0.45 Resistance Zone?
More