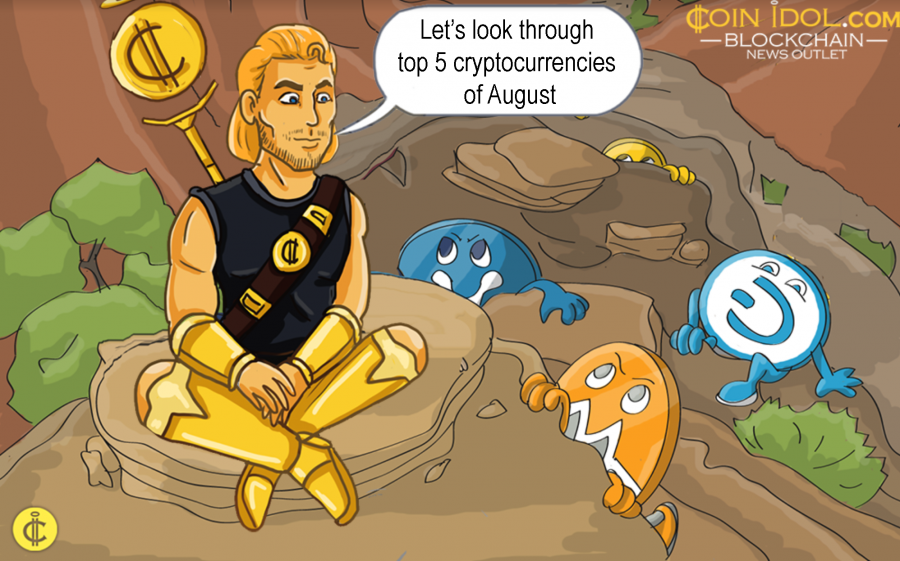 Cryptocurrency market has been quite calm in August, with most digital currencies trading at certain price levels for most of the month. Only at the end of the month did we see Bitcoin and top altcoins  falling below their support points. However, some coins have managed to make a good profit this month. Let’s look through top 5 cryptocurrencies of August.

Bitcoin Struggles to End August in the Green

The leading cryptocurrency by market capitalization has been trading around the mark of $10,000 with mild corrections in August. The coin is trading 0.5% up over the last month index and its price is $9,618 at the moment of writing, according to coinmarketcap. Bitcoin sits at market cap of $172,224 billion and the sum of $13,588 billion was traded over the last 24 hours. Bitcoin still dominates the market with 69.2% share. 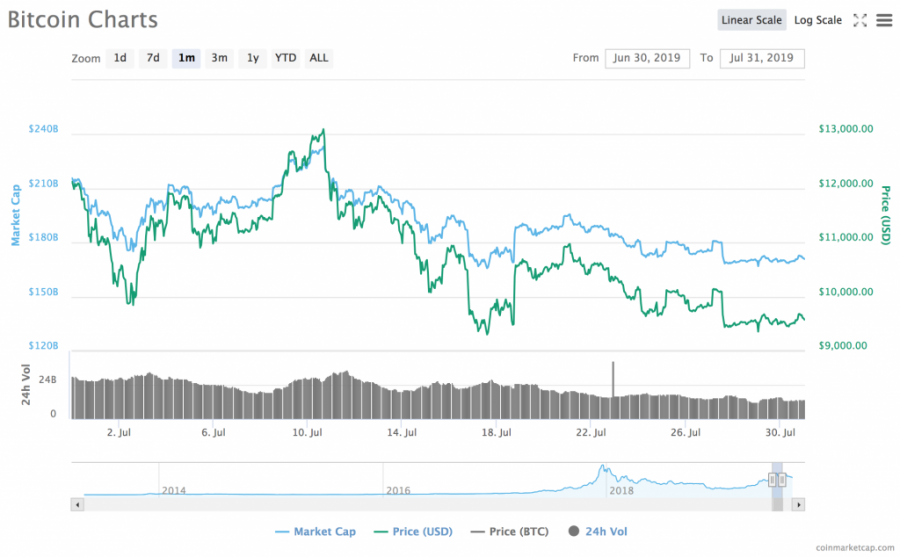 Let’s be optimistic and look at the positive outcome of the month. Lucky holders of August’s top 5 cryptocurrencies must have had a good profit. ThoreNext (THX), BitBook AG (BXK), Vitae (VITAE), Atlas Protocol (ATP), and Dragon Coin (DRG) have increased in price by up to 200% this August, as coincodex shows.

Top 5 Gainers of the Month

ThoreNext is changing hands at $9.57 after a 210% surge in price since July. The market capitalization has reached the level of $207.21 million while the daily trading volume has a more modest number of $202.861. Ethereum-based project is aimed at creating a strong blockchain and Internet of Things ecosystem. 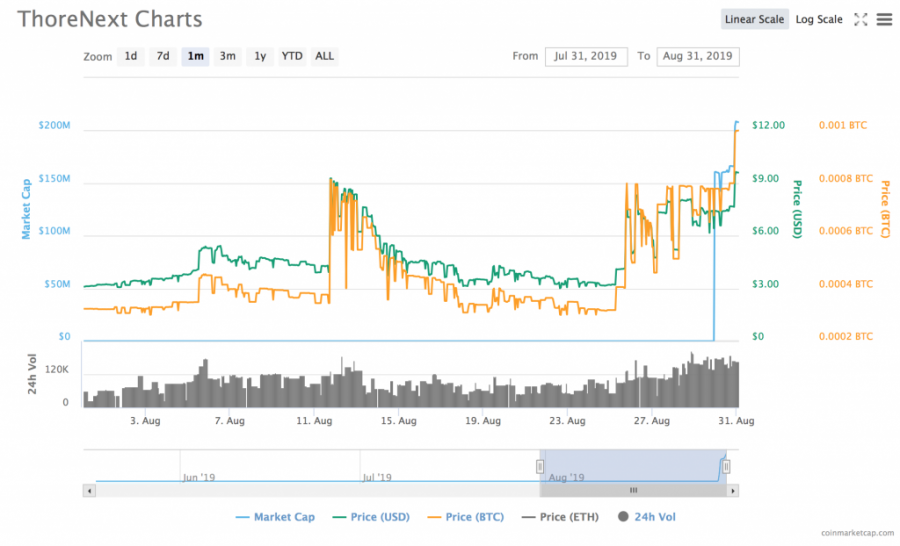 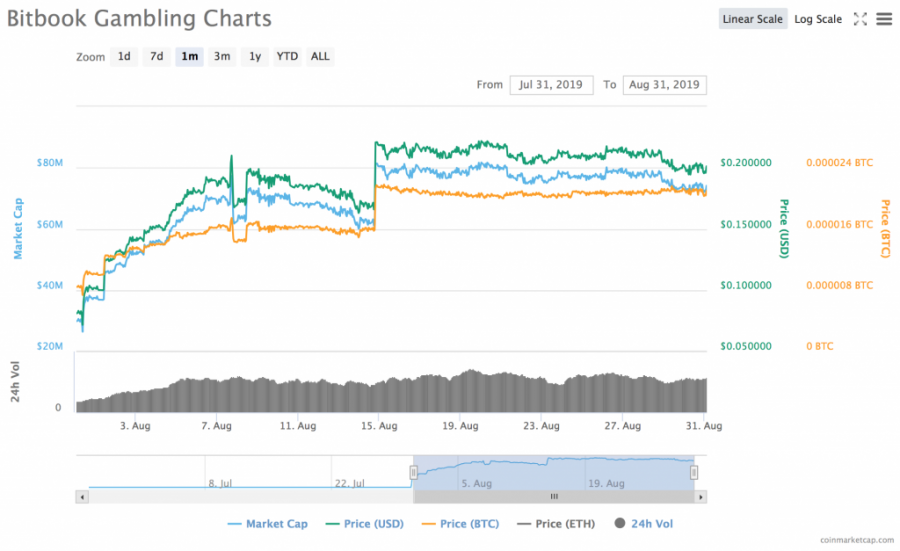 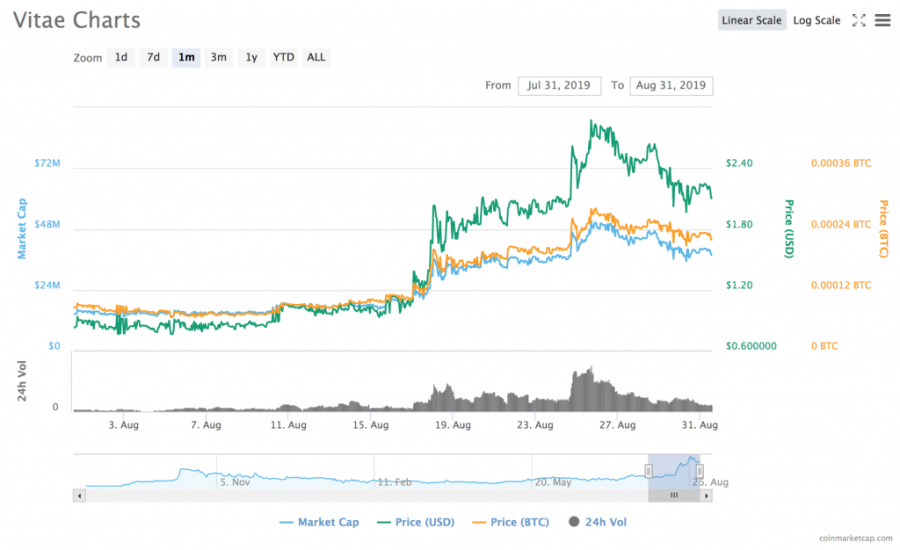 Atlas Protocol has been performing very well this month and managed to gain 138% in price and is changing hands at $0.028915. The digital currency has a capitalization of $74.49 million and $3.78 million daily trading volume. ATP has raised a couple of millions dollars from influential investors such as SB China Venture Capital  (SBCVC), BV (Baidu Ventures), and others, the company reported in the press release on August 20. 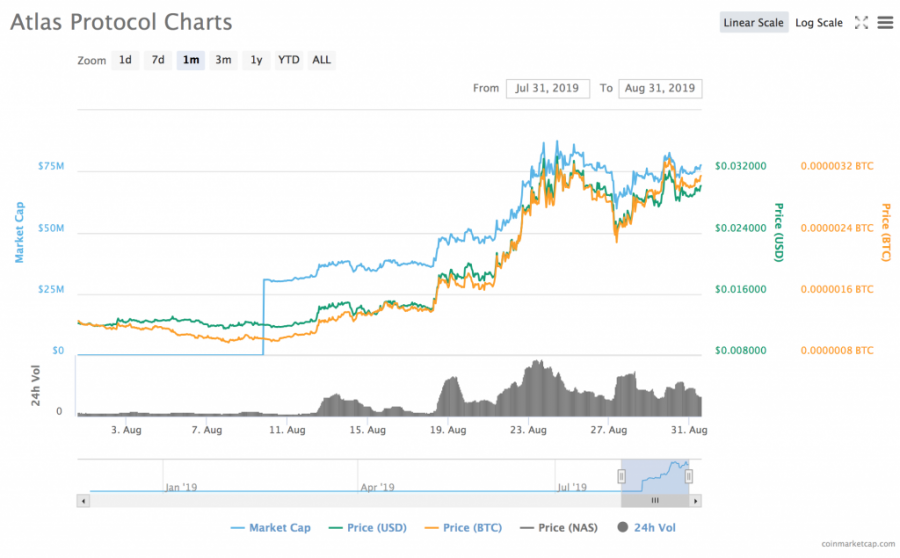 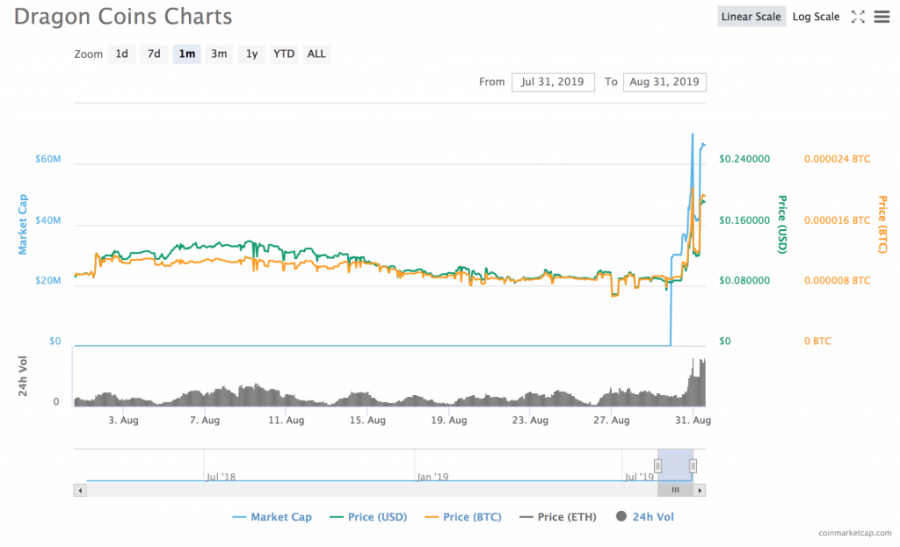