Monthly Analytics: Which Cryptocurrency Has Lost the Most in August? 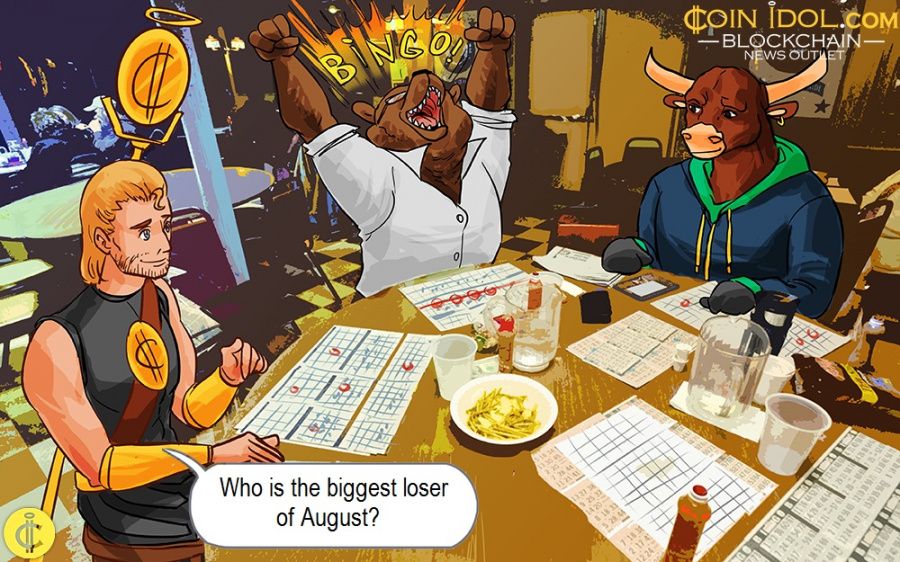 August has not been bullish for some of the major cryptocurrencies that are among the top 10 tokens by market cap (MC). Let’s review 5 biggest losers of August 2020 in the cryptocurrency market.

However, none of the above-mentioned tokens is on the list of the top 5 losers of the past month. The list is provided below:

Bitcoin SV’s plunge began the day it hit its high of $252.98 (Aug 2, 2020). Even though this forked digital currency (its halving occurred on April 10, this year, and its block rewards of every block mined were lowered from around 12.5 to about 6.25 BSV) recovered from $184.25 (mid-August), the cryptocurrency has experienced a massive bearish pressure over the past 7 days. 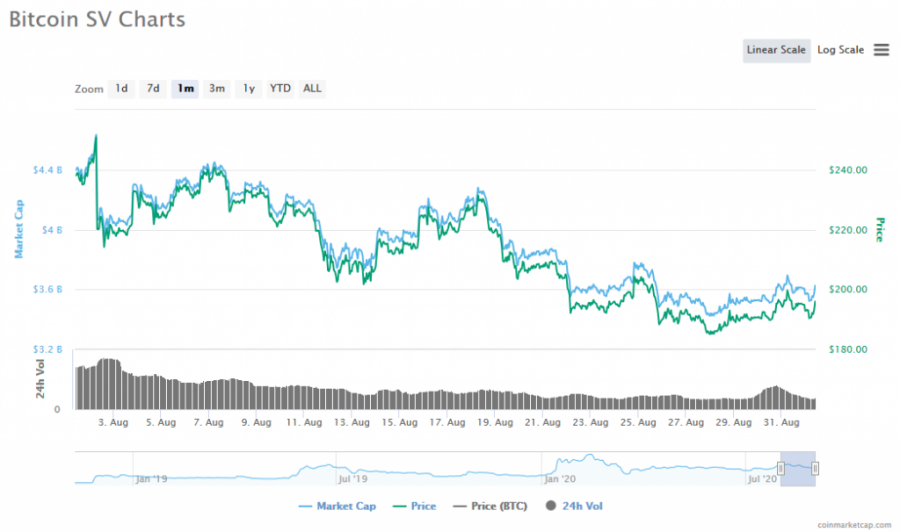 Ethereum Classic continues to struggle with the market and trading delays, a thing that has led its price to breakout below $7.0. In August, ETC registered a downtrend of over -14.01%. 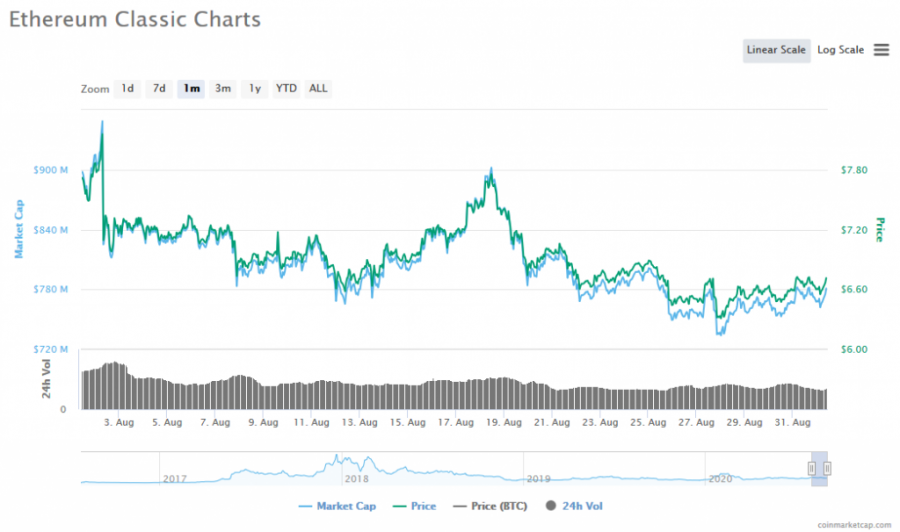 Unlike August, where Cardano has struggled to impress the buyers in the market, September seems to be a good start for ADA. 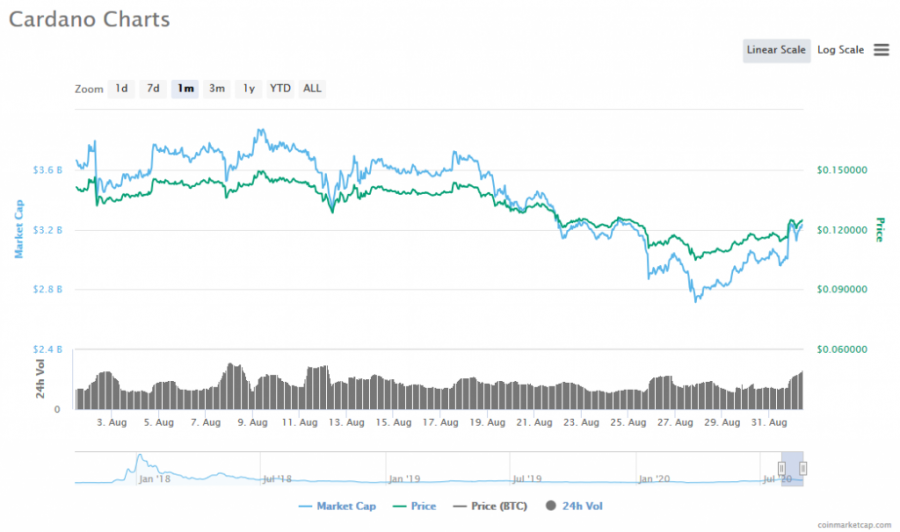 Nevertheless, the 11th token by MC has started the new month with a lot of momentum and is now trading in green at $0.125046, with a significant increase of about +8.62 percent, according to CMC data.

Celsius has been having brawls with some cryptocurrency exchanges including Bilaxy exchange and this has temporarily scared away some of its users, and this has made it decline in value. The last month saw Celsius Network drive to touch a bottom of $0.353255 and this made it register a decline of -12.31 percent. 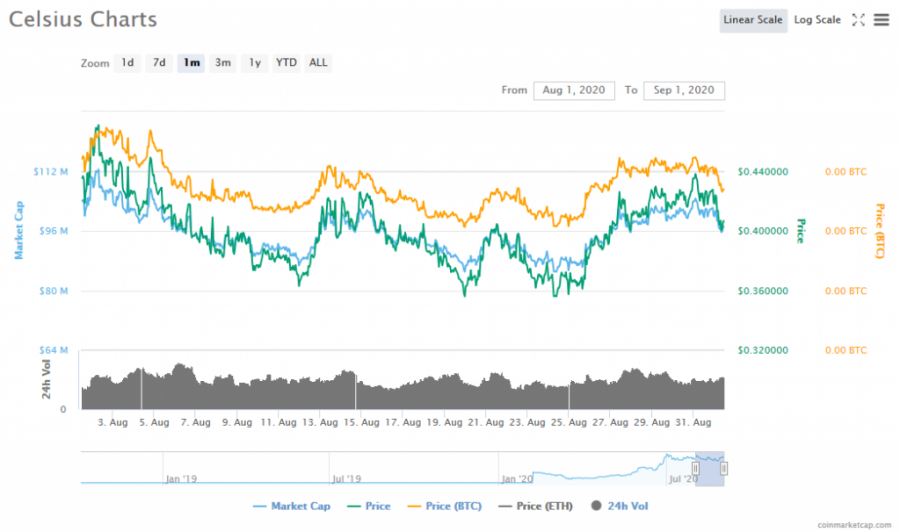 Recently, DOGE was among the few cryptocurrencies that found support on D’CENT’s biometric wallet.

In July, Dogecoin, the Internet’s ideal meme-coin, was in the limelight shortly after surging by more than 100% in just 72 hours. Since that time, nonetheless, Dogecoin has registered big corrections on the price charts. In the past 30 days, DOGE has managed to lose by -12.26 percent. 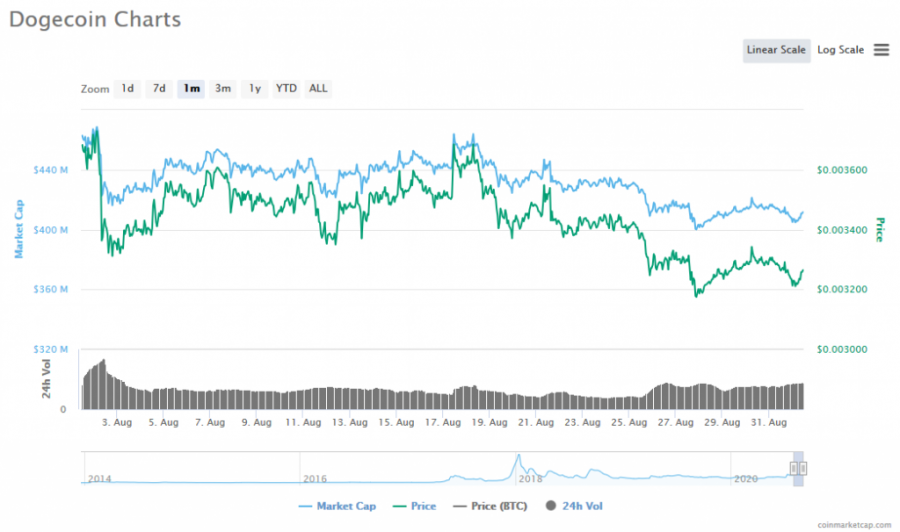 DOGE’s signals, albeit, are somehow neutral as while Awesome Oscillator is showing some promising market traction, Relative Strength Index is trying to move right between the oversold and overbought regions on the charts.