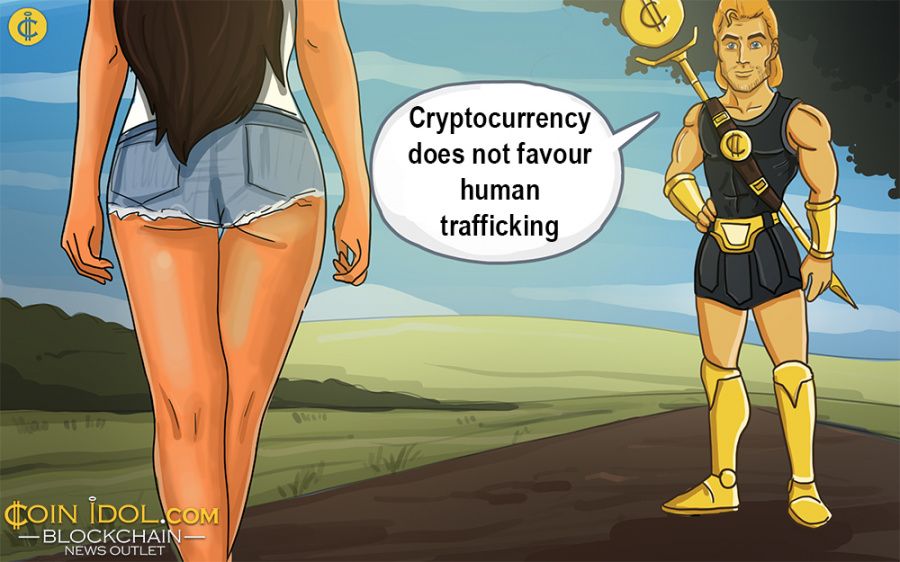 Such a move might be considered as something unprecedented, as law enforcement agencies are usually suspicious about digital currencies. No wonder, as Bitcoin and other cryptocurrencies have been used for illegal purposes including human trafficking since their inception.

The new consortium will analyse and track the movements of cryptos to define the cases when they are used for human trafficking. They are also going to spread awareness and educate people on sexual crimes, as well as prompting other cryptocurrency-related measures to take appropriate measures and comply with state frameworks to prevent the illegal use of digital assets.

Since its very inception, Bitcoin has been considered as a safe haven for various kinds of criminals. Drugs, stolen credentials, terrorism and human trafficking - all this could be paid for or financed by cryptocurrency. Due to its decentralized, anonymous and unregulated nature, it was close to impossible to track and catch a criminal using it for payment.

That is probably the main reason for law enforcement to be so cautious and suspicious about it, and governments to search for ways of regulating the industry. Despite some of the community might argue that all governments want is to gain control and ability to manipulate over bitcoin, the need for reasonable regulations is obvious.

According to the International Labour Organization, human trafficking generates over $150 billion yearly profits, affecting over 40 million people, making them live in modern slavery. The renown Silk Road marketplace also widely used cryptocurrencies to purchase illegal goods, as well as modern slaves. Its founder Ross Ulbricht had about $150 million worth of bitcoins in his wallets when arrested. And it was probably only a minor share of the amount that circulated in the market.

The need for tracking and analysing cryptocurrency transactions is a key to catching human traffickers as well as other criminals using it for their purposes. The new consortium aims at establishing new investigation techniques, identifiers and typology to combat human trafficking and track down those aiming to make money on slavery.

Their other goal is to build up a collective social responsibility among cryptocurrency-related businesses that would prompt them to comply with necessary AML and KYC policies to make it difficult for criminals to remain anonymous.

International law enforcement agencies realise the need for improved analytics of cryptocurrency-related data as it might be the key factor for bringing down darknet dealers. Preciously, coinidol.com, a world blockchain news outlet, reported that Interpol has turned to means of artificial intelligence to develop a new data analysing engine that would track illegal activities.

Indeed, innovative technologies might serve justice as well as crime, depending on the goals of the one using them. If the cooperation between cryptocurrency companies and law enforcement will turn out to be successful enough, many people would become aware of the problem of human trafficking and, hopefully, many of the modern slaves would be brought back to their families.