Loyalty in Crypto: Cryptocurrencies Will Rise in 2018 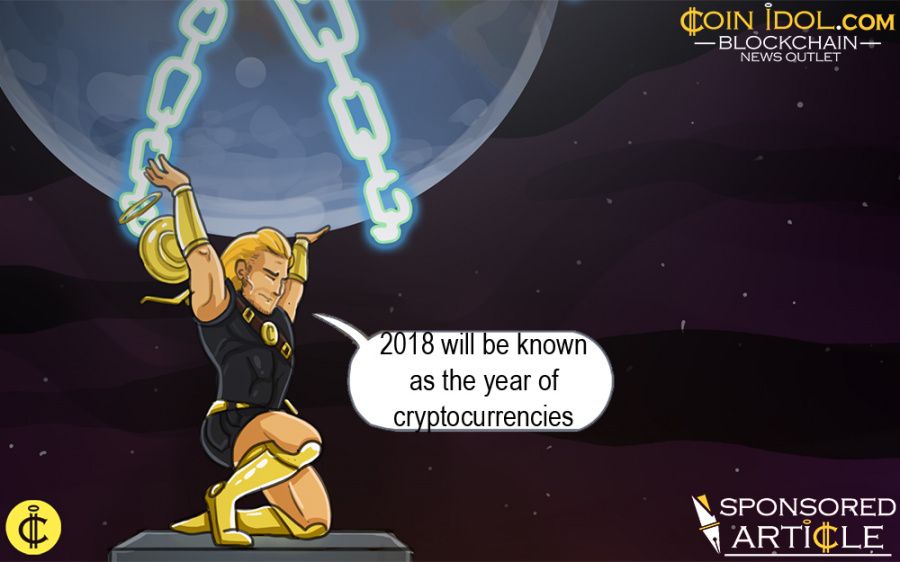 2018 will be known as the year of cryptocurrencies. Their unprecedented rise to fame has left some traditional financiers and financial institutions so shocked by this feat that they have turned blue in the face. As more and more moms and pops get involved and crypto goes mainstream, the world is getting used to the idea that digital assets that hold real value are here to stay.

Since the conception of Bitcoin in 2009, crypto has come along way. As public opinion began to shift away from Bitcoin being some strange kind of “internet money” used by online drug peddlers and terrorists, the first ever cryptocurrency has reached astronomical value and made manny millennium millionaires along the way. After Ethereum made ICOs possible, every man and his dog rushed to cash in, launching their own coins to raise capital for projects that really are pie in the sky.

From the Ridiculous to the Outrageous

The uses, we are told, are illimited and boundless. Everything from projects promising to “disrupt the parenting industry” to a launching “sex dating service based on a blockchain”. If you don’t believe me, just google keyword of your choice + blockchain and see what exciting and new ‘innovative’ ideas you can find that are about to be placed on distributed ledgers; you may just surprise yourself.

All of these services can be funded and purchased with cryptocurrency and for your faith, you guessed it: you receive other crypto in return. So what is the world coming to? One where we all remortgage for the promise of nothing short of miraculous returns? Well I guess that depends if you’d do the same for those emails from the Crown Prince of Timbuktu asking for $5,000 and promising $5 million in return.

So let’s imagine that the average crypto investor is smarter than that, does their research and invests wisely, where does their loyalty lie?

Loyalty marketing has been around for centuries, whether it was redeemable certificates, in your cereal box as a child, or the “6th latte free” card in your wallet. Nowadays, retailers spend in excess of $20 billion on software that improves customer loyalty, but big promises are coming from blockchain solutions to bring this cost down.

“Customer loyalty programs are not realizing their full potential due to low client retention and redemption rates, time delays, and high costs. That’s where blockchain comes in.”

One of the first big names to jump on the blockchain bandwagon was Burger King in Russia, with its WhopperCoin (WHO): a cryptocurrency-based loyalty program where one Russian rouble spent puts 1 WHO in your wallet. And that’s not all, since, at least theoretically, blockchain could wipe millions off balance sheets since idle and unused loyalty point liabilities would be located within a shared network.

This idea of sharing a network has been expanded further by others such as BitRewards who are offering merchants the chance to use their crypto network, with consumers receiving tradable or redeemable crypto. It has received great rating from ICORating and ICOBench and are currently running the crowdsale that ends on 9th May.

It remains to be seen what such schemes will be worth a year or two, but what is sure is that blockchain and crypto is here to stay whatever the naysayers’ or the enthusiasts’ position on the matter is.