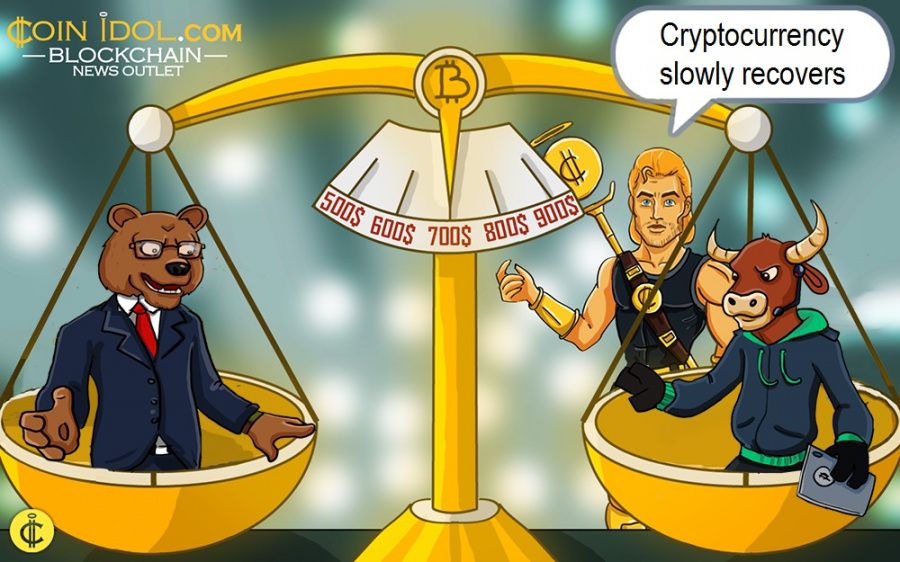 Cryptocurrencies are gradually entering a bull market as the downtrend ends. Bitcoin SV, DASH, Monero and NEO are making impressive moves but their prices dry up at higher price levels. Dogecoin is bearish as it continues its downward move.

In recent times, Bitcoin SV was in a price rally after a long period of consolidation. On January 14, the bulls had a price rally as the market went up to $440. Regrettably, BSV lacks buyers at a higher price level. The bulls were unable to hold on to the uptrend. Consequently, the market dropped and became range-bound.

Bitcoin SV now trades between $240 and $320, undecided about its next move. Even so, a retest at $440 is probable if the resistance at $320 is breached. Nonetheless, BSV is trading above level 56 of the daily RSI period 14, signifying that BSV is rising. 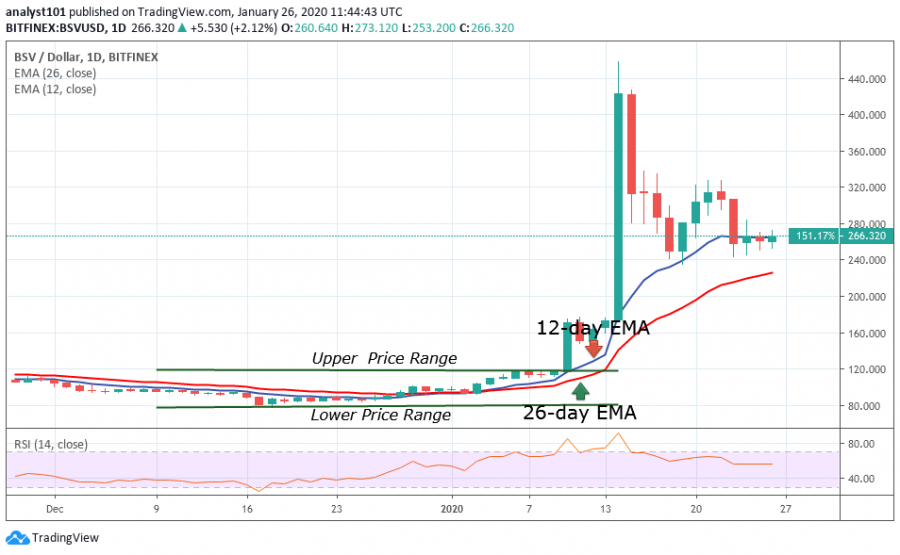 Lately, DASH also resumed trading in the bull market. It successfully broke the downtrend line and the candlestick closed above it. It is an indication that the selling pressure has been completed on January 4. After an initial upward move above $60, DASH rallies over $140. Regrettably, the price fell to $100 low. DASH is currently hindered by insufficient buyers.

DASH finds support above 12-day EMA but fluctuates between $100 and $120. The upward move is possible because the 12-day EMA provides support for DASH. In the interim, DASH is trading beneath 75% range of the daily stochastic. This gives us the impression that the market is bearish. Nevertheless, the momentum is uneven as the price makes a U-turn. 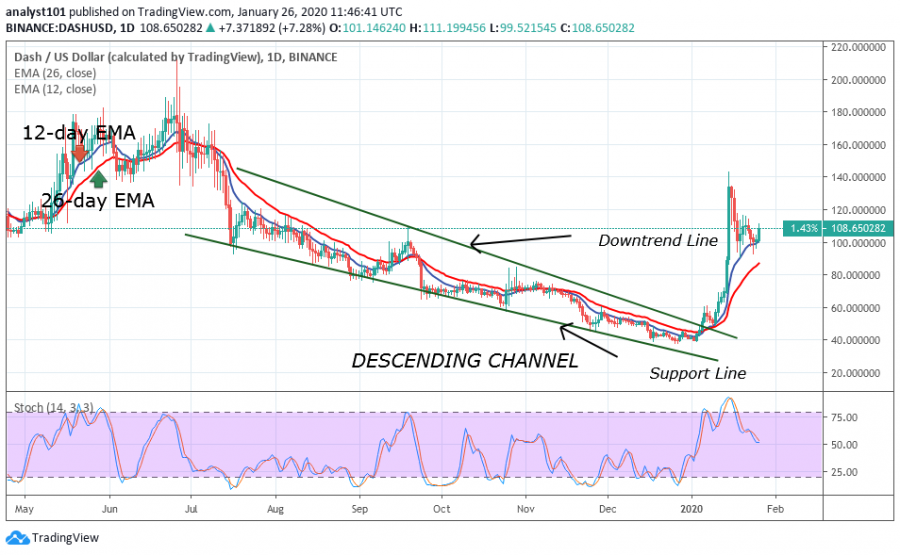 The bulls have made little or no effort as DOGE remains bearish. DOGE has traded beneath $0.003 resistance for over a month without breaking. Recently, the bulls attempted to break the $0.002 resistance and were repelled. DOGE has fallen back into a descending channel for a possible downtrend. It may fall to $0.002 low before continuing its lower lows and lower highs move. The RSI levels 48 signify that DOGE is in a range bound move. 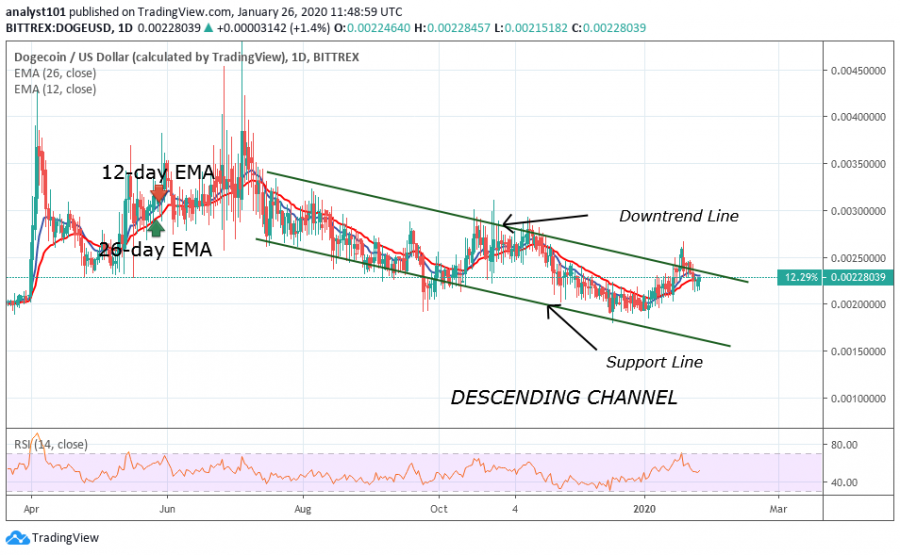 Monero is in an uptrend as the downtrend ends at the $44 low. The uptrend has been remarkable as the bulls were resisted at $72. The market retraced to $60 low. It is not clear whether the 26-day EMA is holding. Monero will rise and retest the $72 resistance if the support holds. Conversely, if price breaks beneath the EMAs, selling pressure will resume. Monero will be negatively affected as it depreciated to the low of $44 or $54. 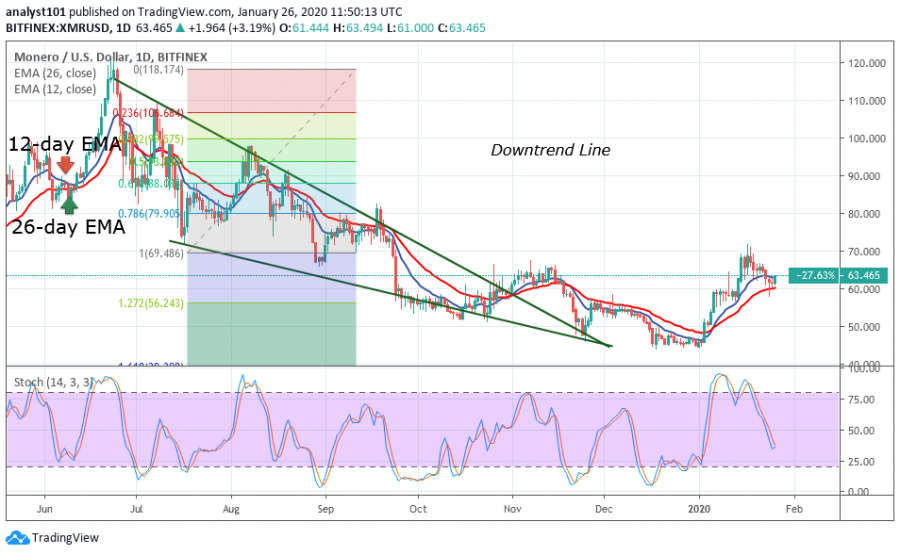 NEO has been out of the downtrend since breaching the downtrend line on October 25. NEO rallies above $12 but pulled back to the recent low. NEO uptrend has been scuttled because of the resistance at $12. On three occasions the bulls have been turned down at the resistance. This is one of the facts that makes the market remain range-bound since October 2019. It is possible that if the $12 resistance is breached NEO will reach a high of $18 or $20. 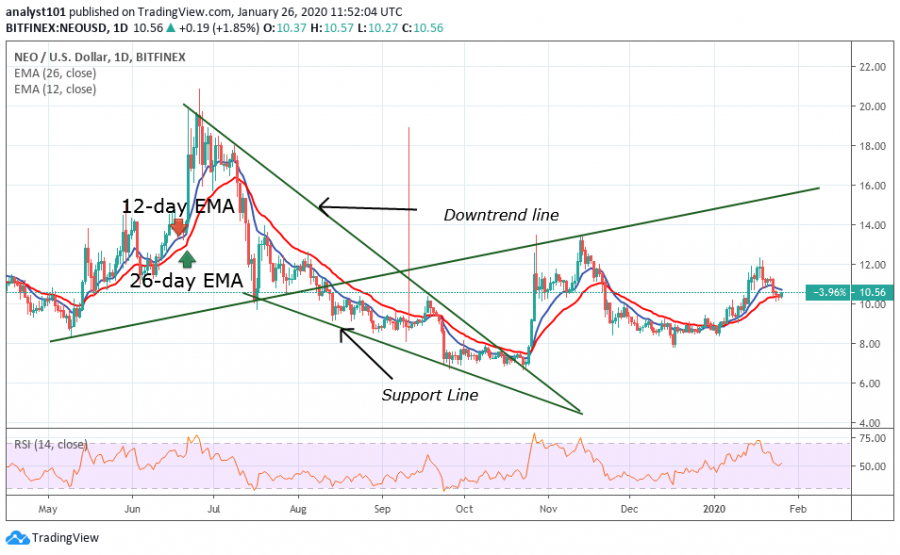