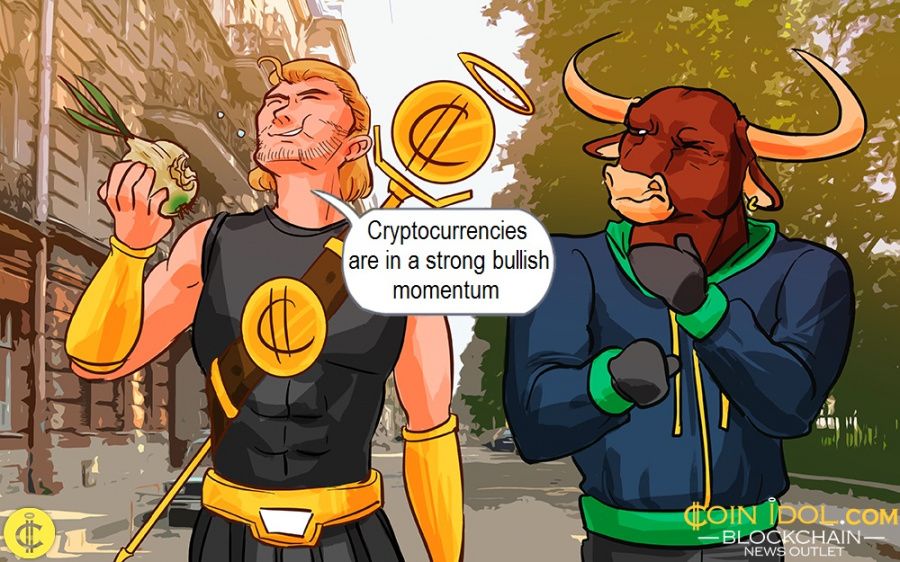 The following coins namely: Bitcoin SV (BSV), Litecoin (LTC), EOS, Binance Coin (BNB), and Tezos (XTZ) are back in a bull market. The coins are making frantic effort to break the current resistance to be out of the downtrend zone. One common feature among the coins is that the coins are in strong bullish momentum.

Bitcoin SV settled to a sideways move after a price rally. On January 14, BSV had a price rally and price reached a high of $440. Unfortunately, the bulls could not sustain the uptrend as the coin fell. The coin nosedived to the low of $240 and continued fluctuation between the $240 and $360. BSV has been trading in a sideways trend for the past one month.

The coin will have an opportunity of an uptrend if price breaks above $360 resistance. Then the bulls will have the chance to break or retest the $440 resistance. A successful break will see BSV reach a high of $520. Any unsuccessful attempt will push the coin to a sideways trend. Surprisingly, BSV is above level 64 of the RSI period 14. It indicates that the pair is in an uptrend zone. 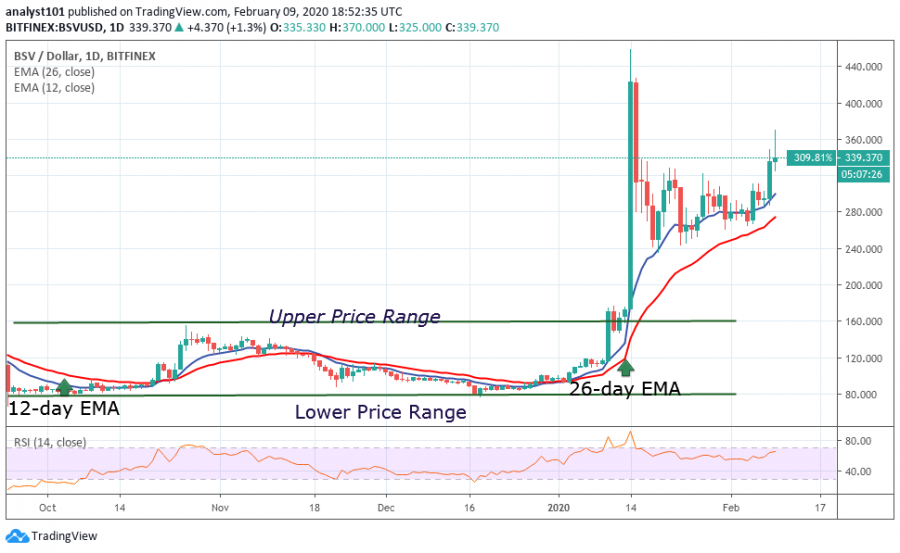 The pair is currently on a downward move. Litecoin is currently trading above 80% of the daily stochastic. This implies that the coin is in the overbought region of the market. The implication is that buying has been overdone. Buyers will not be available to push the coin upward in the region. Rather, the presence of sellers cannot be ruled out. The downtrend was as a result of the presence of sellers. 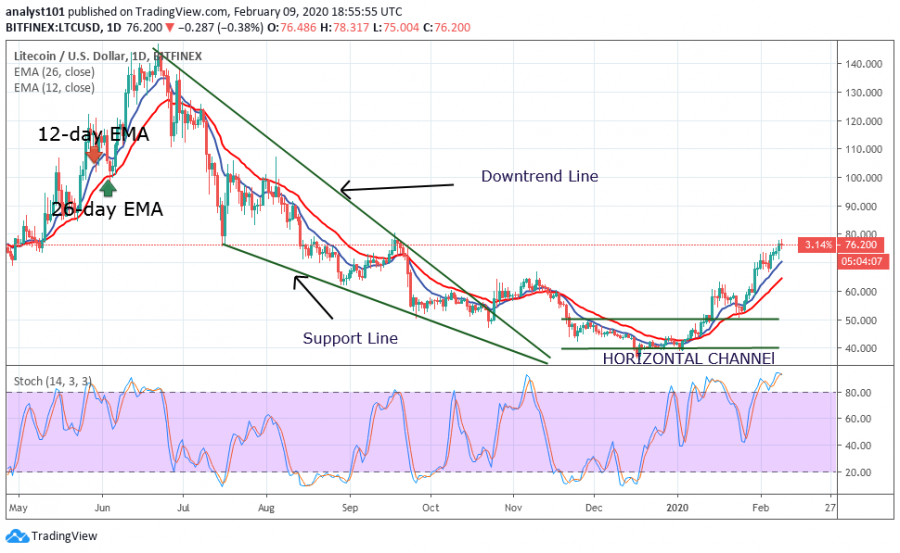 EOS is likely to be out of the bear market. Meanwhile, as the coin went to a high of $5.0, the RSI also rose to level 80. This indicates that the market is in the overbought region. The EOS upward move is doubtful as the coin is likely to fall. Sellers are likely to take control of prices. 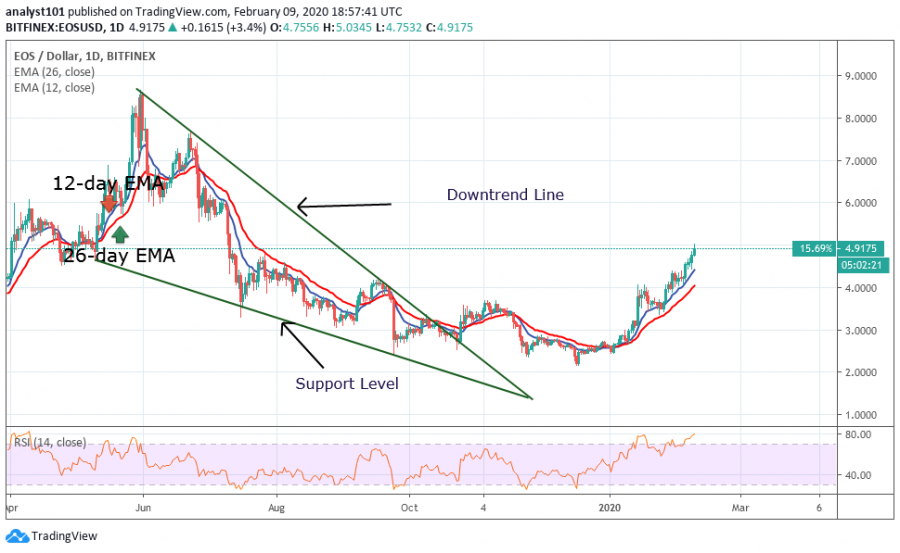 The coin is currently trading at $23.83, approaching the resistance at $24. BNB is also above 80% of the daily stochastic. Even though the coin is in a strong bullish momentum, it is also in the overbought region. BNB is expected to be on the downward move as sellers push price downward. The uptrend will resume as soon as the price finds support. 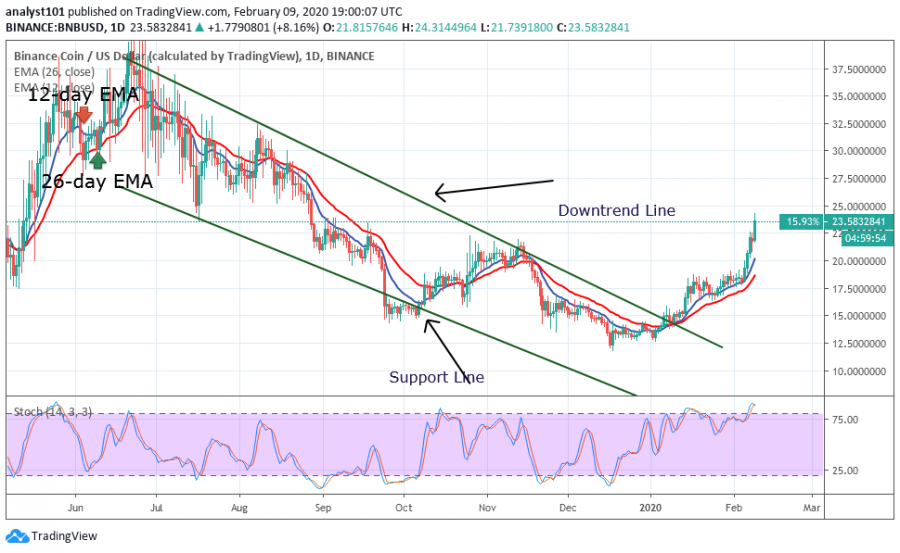 Tezos is making impressive moves after breaking the overhead resistance at $1.80. The upward move is likely as the bulls reach a high of $62. Tezos is trading at level 80 of the RSI period 14. This indicates that the coin is in strong bullish momentum and it is overbought. There is a possibility that the price of the coin will rise. The coin is also likely to face selling pressure as it is in the overbought region. 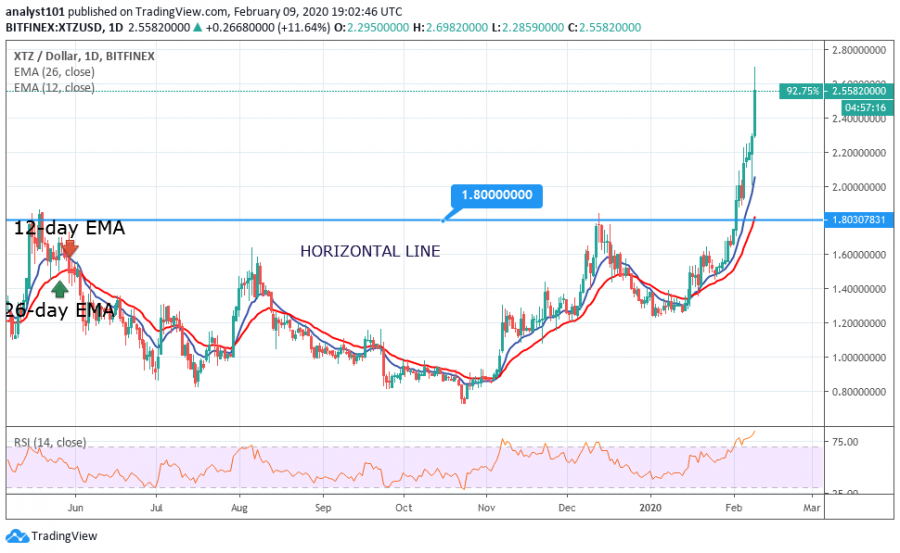