Crypto Newbie: Why are There So Many Bitcoins? 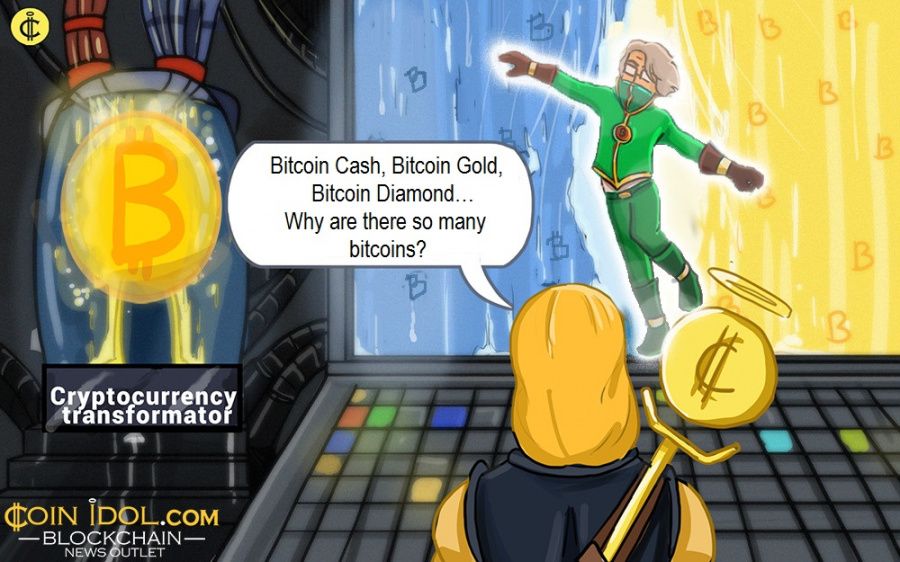 Most newcomers to the cryptocurrency market are aware that bitcoin is not the only digital currency they can use. However, they are also sure there is only one Bitcoin. That is why they might get very confused to learn there are more than one of them.

Bitcoin, Bitcoin Cash, Bitcoin Diamond, Bitcoin Gold. Which one of them is the real bitcoin? In fact, even the developers sometimes hesitate to say for sure. All they can say is that all other bitcoins are the result of a hard fork of the initial bitcoin invented by Satoshi Nakamoto.

What is a hard fork?

Just like any other digital and computer system, blockchain goes through programmable upgrades to fix the problems it might have. When some new code is introduced to the blockchain, the network gets split in two, thus creating two separate blockchains.

When the hard fork happens, the number of coins a user possesses doubles as the new blockchain is almost an exact copy of the twin it originated from (except for the new features) and has all the previous data recorded before the fork. That is why the coins get doubled, and a user can get some free coins to one’s wallet.

Currently, there have been three hard forks of bitcoin. The first one was Bitcoin Cash. It took place on August 1, 2017. The fork was aimed at reducing fees in the system as they increased from several cents to several dollars. It resulted in an increase in the block size from 1 MB to 8 MB, thus allowing traders to allocate more transactions on the blockchain and reduce fees.

The second hard fork of BTC was in October 2017. The new coin received the name Bitcoin Gold and was aimed at further decentralization of blockchain. Despite the original network cannot be controlled by any banking or financial institution, the Bitcoin mining process is controlled by several big mining pools in China. As of now, about 65% of mining capacity is concentrated in China.

At first, Bitcoin could be mined on ordinary PCs using the capacity of the GPU. However, as mining difficulty increased, it became impossible to use GPUs. Instead, Bitcoin can be mined only with special ASIC mining processors produced mostly in China.

This situation made some of the community players concerned, so they upgraded the blockchain to make it possible to use GPUs for mining again, thus allowing for anyone to take part in mining the new coin. Bitcoin Gold cannot be mined using ASIC processors. The forked coin also has a finite supply of 21 million coins.

This hard fork was officially launched in November 2017. Here, the developers aimed at increasing anonymity of the network. The peculiarity of this new fork was that it offered bigger rewards after splitting the blockchain. In the previous two forks, all users got the same amount of coins they had on the original blockchain at the moment of fork. Bitcoin Diamond developers increased the reward 10 times.

However, the high level of anonymity of the new coin raised lots of suspicions in the community. There is little to no information about the developers of Bitcoin Diamond. They hadn’t even released a whitepaper for the new coin. For this reason, some of the community members thought it to be a scam. However, the fact didn’t stop Bitcoin Diamond to reach the market capitalization of 1 billion USD in 2018. The coin also has a supply of 21 million.

Despite Bitcoin being originally created to become a global payment system with easy access from any point of the planet, it has been used as an asset for investment for now. High volatility of its price attracts investors wishing to increase their capital. In fact, Bitcoin has made many people incredibly rich. Those that bought the coins at BTC’s very dawn have become billionaires overnight.

On the other hand, investment in Bitcoin is quite a risky thing due to the very high volatility of its price. For instance, in an event known as Black Thursday Bitcoin price collapsed to around $3,800, which was the lowest level since May 2019. The coin’s price is defined by the news in the market. Good news makes prices go higher, while bad news pushes it down. This provides grounds for speculating, as well as pumping and dumping prices according to some investors’ interests.

Despite arguments about which of the bitcoins is real, community members successfully use all of them for trading. Although they are splits from the original cryptocurrency, each of them has its own peculiarities the initial bitcoin doesn’t have. These peculiarities are the reason traders worldwide chose coins that resulted from BTC hard fork instead of the original BTC.