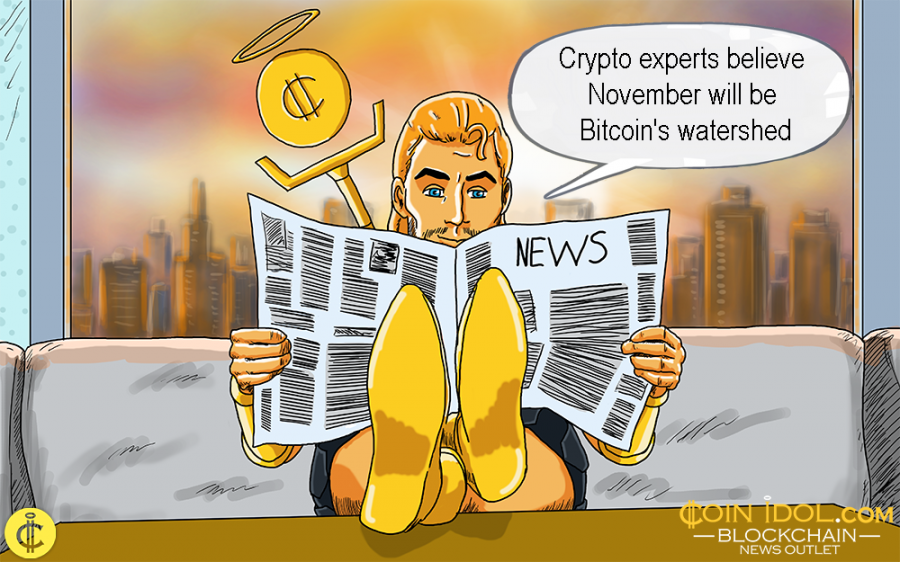 Bitcoin is the most successful Crypto as it stands. Last year, it was estimated that around 2.9 to 5.8 million users using a crypto wallet where the majority were using Bitcoin.

Regardless of being the only type of currency exchanged by Silk Road some time ago and undulating in value day in day out, the currency steadfastly found its feet after the appointment of The Bitcoin Foundation in 2012. Regardless of their appointment to boost Bitcoin's growth and uptake, the fluctuations in its value have been dramatic.

Why will November be Bitcoin's Turning Point?

Since Bitcoin was created, it hasn't had an Exchange Traded Fund (ETF) platform to enable investors to interact with regulated crypto instruments. As per Hermann Finnbjörnsson, Svandis Crypto Advisory, several investors are waiting for this to occur as it is hoped to cause the value of Bitcoin to spike to $10,000 within the first week of November.

As it happens, the New York Stock Exchange's parent firm - Intercontinental Exchange (ICE) - has revealed plans of launching a new crypto platform known as Bakkt in the near future. With this will emerge a digital asset based ETF that will enable investors the view they yearned for. Hermann thinks that "there is less than a 1% chance in my mind that Bitcoin won't succeed."

The Security and Exchange Commission still needs to ratify Bakkt after a long string of Bitcoin ETF denials. There a lot of people that think to form a Bitcoin ETF could be largely harmful to the industry while other people are heartily antacipating the change. With the same point of doubt surrounding Brexit, we can't be sure what exactly will happen and how will affect the state of things.