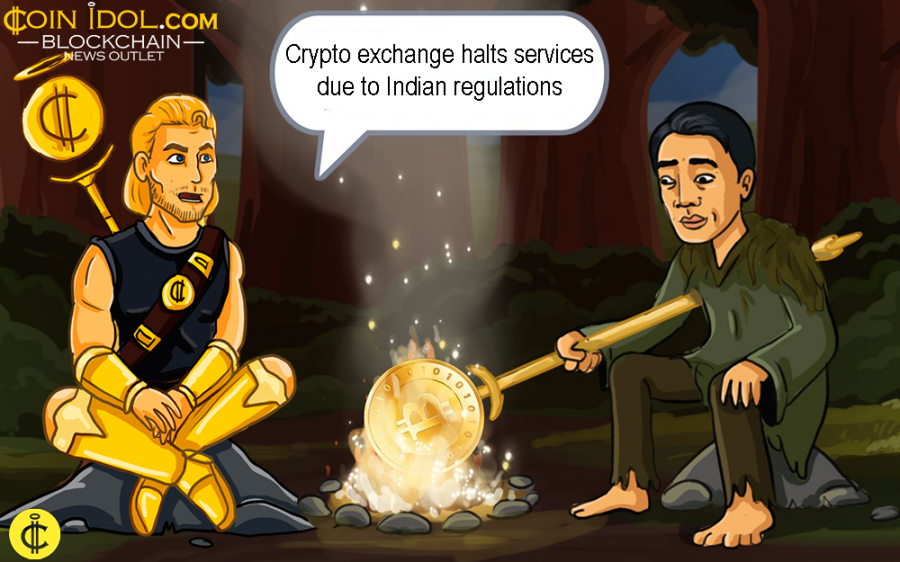 Over the weekend, an India-based crypto exchange shut down its services, suspended trades and cancelled all open orders on March 30. Coindelta alludes to its financial issues and the Reserve Bank of India’s (RBI) stringent cryptocurrency regulations as one of the main reasons forcing the exchange to lay down tools.

The claim booms that of Zebpay, an Indian leading cryptoasset exchange which ceased operations in September last year because the RBI's ban had lessened the exchange's potential to carry out business in any significant way.

One and a half years after its first rollout, Coindelta told its customers that strict restrictions on banking services for cryptocurrency-related companies in India have led its operating costs to rocket, making it economically inviable to go ahead with its daily operations. The post reveals:

“It has been really hard for us to run Coindelta exchange for the last 6 months. The curb on the bank accounts by Reserve Bank of India has made us handicapped in order to offer seamless deposit and withdrawal services. There has not been any positive progress in the Supreme Court case which makes it hard to anticipate when we will see the regulation.”

After its establishment in September 2017, the crypto exchange announced 30-days later that the platform would enable customers to purchase and sell digital currencies with zero fees, with maker fees set at 0% and taker fees put at 0.3%.

In April last year, India’s central bank, the RBI, banned all banks in the country from offering services to cryptocurrency-related businesses. Lingering regulatory uncertainty has also made individuals, institutions, businesses to see their bank accounts closed. In fact, some institutions have seemingly widely inferred the digital currency banking ban to solitary traders.

In its official proclamation, Coindelta noted that all digital currency trading markets on its platforms were halted on Saturday, March 30 at 2:00 PM (IST).

Coindelta has said it will go on to offer wallet services until Monday, April 29 this year, and after that timeline, all users will be requested to withdraw their funds through its support page or email.

The exchange is now charging a fixed fee amount for all withdrawals, according to the statement. Several clients have reacted to the exchange via Twitter, claiming that the fee is very high and this has made small crypto withdrawals unsustainable.

Another Indian-based cryptoasset exchange WazirX, the competitor to Coindelta, told Coindelta users that it will refund all their withdraw fees if they transfer their deposits to its exchange platform.

If your funds are stuck on Coindelta, don't panic! We've got you covered.

Move your #crypto to WazirX, and we'll refund you the withdrawal fee you'll have to pay on Coindelta! #IndiaWantsCrypto#Spreadtheword among your friends & followers.

Recently, the Supreme Court of India extended the hearing of Crypto vs RBI that was supposed to taken place on March 29 to the second week of July this year.

Supreme Court has adjourned the #CryptoVsRBI matter on the request of Government's Counsel. Matter fixed for final arguments in 2nd week of July on a non-miscellaneous (Regular) day.
— Crypto Kanoon (@cryptokanoon) March 29, 2019

Blockchain advocates rallies were organized in Bangalore city protesting against the ongoing uncertainty in India, as the court is still considering to come out with a final decision on the crypto ban by the RBI.