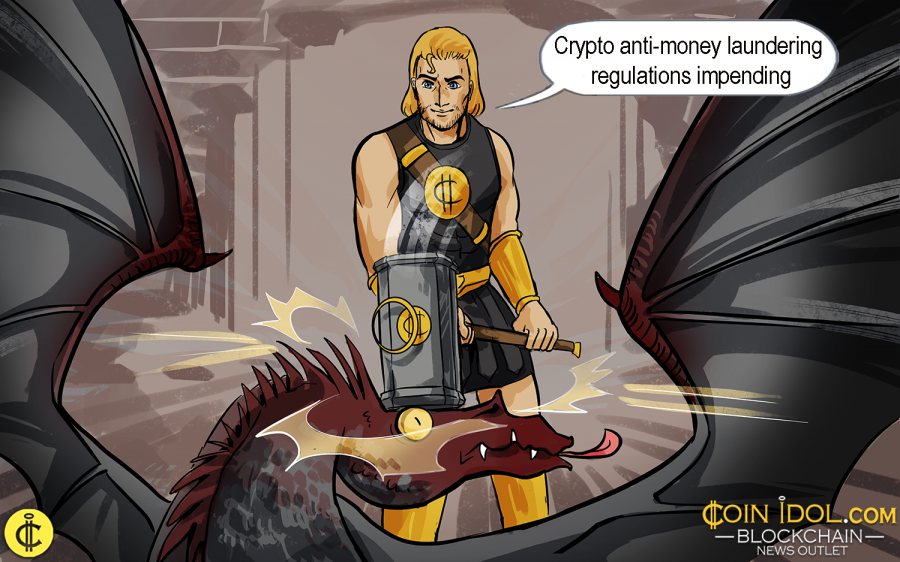 The Financial Action Task Force (FATF) heralded plans to propose effective rules regulating digital currency with its world AML/CFT standards. This effort is aimed at exterminating the use of cryptocurrencies for financing terrorism activities and money laundering.

The world watchdog made this proclamation at its plenary session this year, according to the report from Reuters. The rules set will work on Initial Coin Offerings (ICOs), digital currency exchange operators and offerers of encrypted wallets operational in individual jurisdictions.

An official publication on the FATF's website offers more data about the plan of the Task Force. The FATF has modified its standards to cater for cryptocurrency operations. This is in reaction to the surging use of digital currency as an instrument for money laundering and terrorist financing.

Via a more systematic exercise, the Task Force will officially issue these key amendments and explain how they work on (apply to) cryptocurrencies. The organization will provide proper guidance in its jurisdictions for the surveillance and oversight of digital currency sector operators.

Purportedly, the FATF will officially issue these new rules in summer next year.

Marshall further noted that the body would intermittently review the implementation of these key rules. Sinning member nations could experience circumscribed access to the world financial system.

The FATF, however, noted that nations are at freedom to choose under which AML/CFT type of regulated operations to categorise cryptocurrency providers.

This effort by the FATF is in reaction to different calls from major private institutions and governments for lucidity and transparency about how its standards work to the digital currency sector. In March 2018, ETH World News stated on the G20's moves to enact a standardized framework to abrogate the use of crypto in illegal financial operations.

The FATF's decision to navigate through the digital currency space is a major step in getting a standardized, organized regulatory framework for the sector. This might lift confidence in the sector and see nations such as China revoke their blanket prohibition on cryptocurrencies.

Tags
Money laundering Cryptocurrency Regulation Digital currency Finance Money Laundering Task force
Most Popular
May 07, 2021 at 12:43
News
Ripple Faces Stiff Resistance at $1.70 High as Bears Attempt to Sink XRP to $1.00 Low
May 07, 2021 at 10:39
News
Revolut Users Will Gain Stronger Control of Their Bitcoins with New Withdrawal Feature
May 07, 2021 at 09:27
News
Binance Coin Retraces to $600 Support and Resumes Upward Move, Further Upside Momentum Likely
May 06, 2021 at 12:32
News
Bitcoin Struggles to Sustain Above $58,000 Support, Lacks Buyers at Higher Price Levels
May 06, 2021 at 11:35
News
Ethereum Is Growing on a Wave of Investment
More