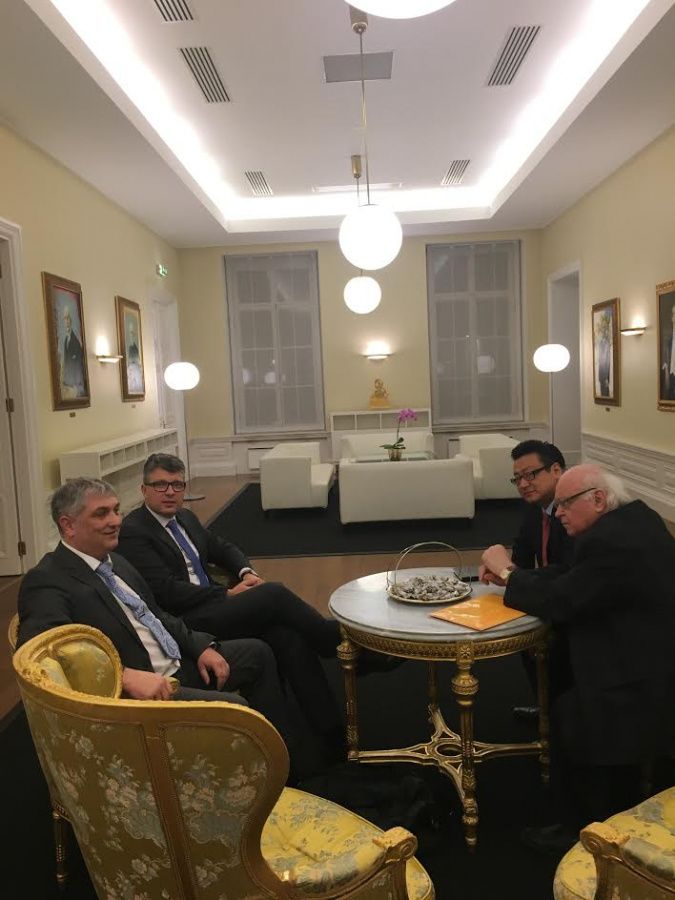 Estonia announced the establishment of the consulting marketplace G-Global Business Portal. The main objective of the project is to ensure the modernization of enterprises in the real sector of the Estonian economy by attracting technologies of the 21st century.

The creation of the G-Global Business Portal is an initiative of the President of the Republic of Kazakhstan Nursultan Nazarbayev. In his speech at Cambridge University on 26.07.2012 the President describes the project:

"Today, G-Global is an international virtual platform at Astana Economic Forum, established by the Association «Eurasian Economic Club of Scientists."

Hanon Barabaner, the Deputy Chairman of the Eurasian Economic Club of Scientists is directly involved in the development of the international organization G-Global Business Portal in Estonia as a Scientific Director. According to Professor Barabaner, "G-Global Business Portal will become an instrument that meets modern requirements for the development of the economy and society to combat the global crisis."

G-Global Business Portal is a universal platform for communication aimed at sharing knowledge and experience. Consulting marketplace unites experts from all over the world in the fields of finance, business, technology, and science.

Blockchain-based G-Global Business Portal platform cooperates with the AngelVest cryptofund and also integrates the ChronoBank system into its work. The ChronoBank system provides efficient human resources management. Denis Tsyro, the head of the G-Global Business Portal, is sure that one of the tools for modernizing the economy can be blockchain technologies, robotics, and cryptocurrency.

President Nazarbayev noted the need to update the currency system, the emergence of a new type of currencies and a new type of relationship between different currencies. G-Global Business Portal deals with the development of such a new type of currency, cryptocurrency. G-Global Token meets the criteria for cryptocurrency defined by President Nazarbayev: it is easy to use, transparent and democratic. According to Professor Barabaner, the basis for the formation of the G-Global Token is the use of human intellectual potential.

To implement the project in May 2018 the G-Global Business Portal will launch an ICO.

The project was approved by the Member of Parliament and the Secretary-General of the Centre Party of Estonia, Mikhail Korb since the G-Global Business Portal corresponds with the vector of development of the Estonian economy in the IT sphere and appears to be a new financial instrument.