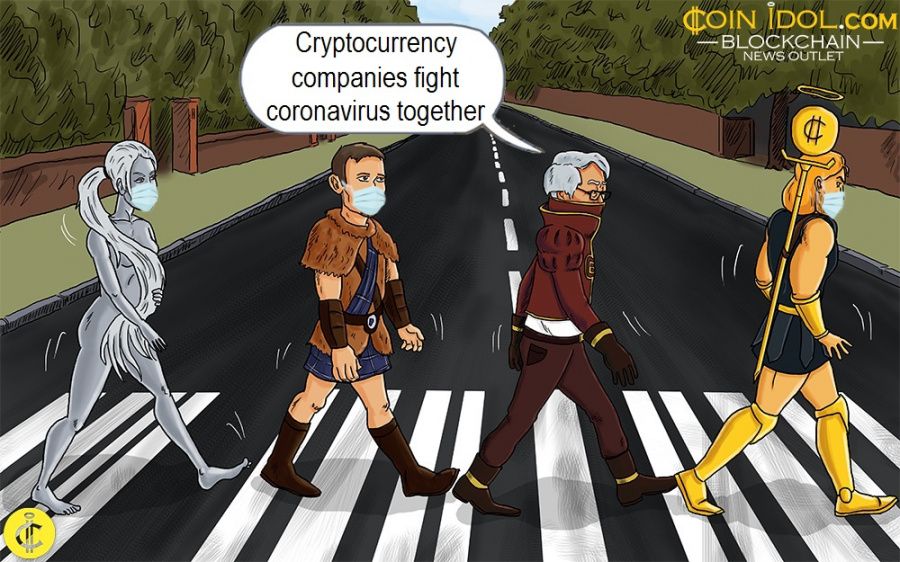 The spread of COVID-19 around the globe, as well as its influence over all industries including cryptocurrency, has caused its major players to join forces and combat the disease under the #CryptoAgainstCOVID hashtag.

The initiative is aimed at gathering donations to buy necessary equipment as well as fund the research of a possible vaccine and cure. Some big players in the industry have already started sending in their donations, support and pledges. Binance digital asset exchange contributed almost $2 million in cryptocurrency for medical supplies necessary to fight and treat COVID19, to be put in different health facilities around the world.

The community will not stand aside

Although it might seem that the blockchain and cryptocurrency industry is entirely digital, it has also suffered pretty a lot of tangible damage because of the coronavirus pandemic. Coinidol.com, a world blockchain news outlet, has reported that the disease caused the cancellation of major events including Consensys 2020, as it is known that social gatherings might facilitate the virus spread.

Many startups operating not only in digital space but also in the real world had to close their offices because of the quarantine. Surely, most of them continued their operations in the remote mode by having given their employees a possibility to work from their homes. In these terms, the traditional business has suffered much more as many companies are unable to function with their offices closed.

So, in this context, it seems only natural that people are willing to do everything they can to end these epidemics as soon as possible. #CryptoAgainstCOVID is not the only project initiated by the cryptocurrency community. For instance, CoreWeave, a US Ethereum mining firm, donated all of its computing power to Stanford University’s coronavirus research to discover a vaccine and pharmaceutical drugs for this disease.

Furthermore, a group of anonymous biohackers and cryptocurrency enthusiasts has decided to speed up practical research and created a research initiative called CoroHope. They claim that the US Food and Drug Administration (FDA) takes too long to come up with a lasting solution, and now the group is collecting Bitcoin donations to develop their own drugs and vaccines.