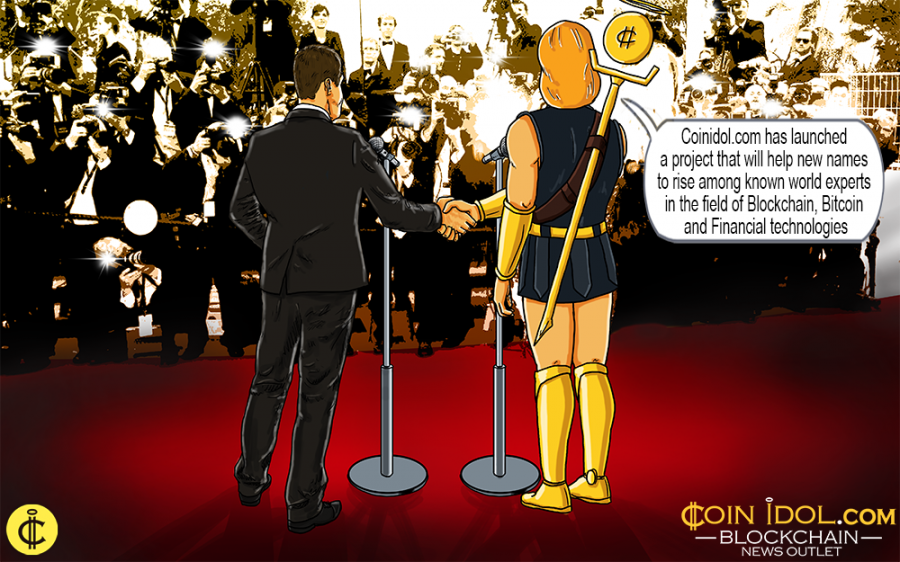 World Blockchain news outlet Coinidol.com has announced the launch of the “Coinidol Expert Club”, a platform for new names in the industry and well-known experts alike.

May 9th, 2018, Cyprus, Larnaca –  Coinidol.com is been a world leader in delivering blockchain, Bitcoin and fintech news. Now, the magazine that receives nearly a quarter of a million views a month, is opening up an exclusive members club.

Be Part of the Industry Red Carpet

The magazine is known for quoting the most prominent members of the industry. Smaller players historically haven’t had the chance to share their expertise, and Coinidol is now offering a rare opportunity for them to become a quoted source, and rise up amongst some of the most valued figures we hear from every week.

The club is a competition of minds and ideas – being in the club doesn’t immediately mean that any and every idea or quote provided will make it to the page and the editors at CoinIdol will check and approve only the best. There is a strict code of ethics that members must adhere to; any promotional wording in quotes will be deleted and membership will be then refused for anyone who violates the rules.  Coinidol’s CEO, George Gor, values reputation and trust over money:

“We keep our ethics. That’s why we do not change anything in our official editorial policy. We refuse publication of any advertising inside editorial articles. If you want to publish any advertising, the only way to do that is to order an official sponsored article, marked with the disclaimer “paid advertising”.

Should an experts’ club member have their quote approved and published by the Coinidol editor:

“…it is signed by a list of regalia, including personal name, personal photo, brand name, brand logo, brand website URL, special presentation of competencies of the expert with proofs.”

Being part of the Coinidol experts members club is a one-time-payment privilege, would-be experts aren’t just accepted to into the club because they have money; to fight scammers and keep the calibre of quotes used high, applicants will need to chat with the editorial team and present themselves as potential members.

Once in the club, new experts will have the chance to display their competencies and can feature on up to ten articles per months with their quotes. The names of experts in the club and that enter the club will have nearly a quarter of a million eyes a month, from 174 countries from around their world on their quotes; the best of which will be quoted by authors of editorial pieces on  Coinidol.

Membership can be purchased.

Coinidol is the source of this content. This press release is for informational purposes only and should not be viewed as an endorsement by CoinIdol. We take no responsibility and give no guarantees, warranties or representations, implied or otherwise, for the content or accuracy. Readers should do their own research before investing funds in any company.