Coinfirm Adds Citigroup, KPMG, Publicis Groupe and SAP veterans to the Advisory Board 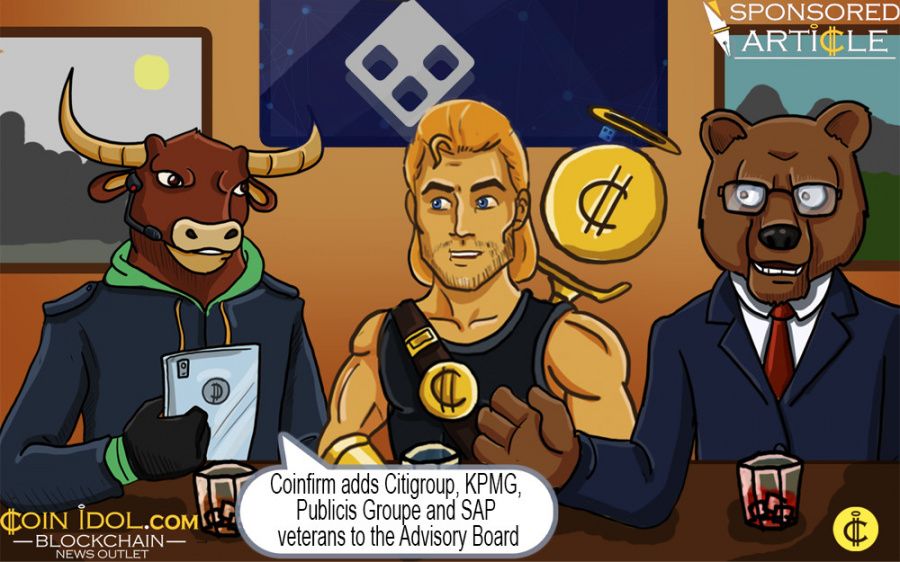 Coinfirm, one of the leading companies operating around AML/CTF compliance and regtech in the blockchain space announced it has added deeper strength and experience to its ranks. The list of established advisory board members, working with the company for 6 months now include:

●         Pawel Tomczuk, entrepreneur and angel investor, founder of the largest strategic communications firm in Central Europe that was eventually sold to Publicis Groupe.

Also as of the beginning of November, Pawel Tomczuk, took the position as the Chairman of Coinfirm. Among the new team members who joined Coinfirm’s advisory board are:

●         Lee Byrne a regulatory veteran, who serves  as the International AML Advisor

●         Harry Saito, former KPMG Executive Director and CEO of Tokyo International Consulting, who joins as Senior Advisor for Japan - the market with the most advanced adoption of cryptocurrencies.

Both of them have been working with the company as consultants for over 3 months before joining the advisory board.

Also, the team is joined by Ben Brophy, Delivery Director, and the former Head of the Innovation Hub at Royal Bank of Scotland and CEO of BlockLab, who advised organizations such as Euroclear on design, implementation and launch of the blockchain based solution.

“Each of the board members bring in unique insights into different layers of our organizations, which helps us to accelerate the process of becoming the global standard for AML in Cryptocurrencies,” said Pawel Kuskowski, CEO and Founder of Coinfirm.

As the Global MD of Regulatory and Market & Innovation at Citigroup, Ruth brings in over a decade of experience as a global executive at one of the world’s premier financial institutions. A leader in the regulatory space with particular knowledge and insight into blockchain applications, Ruth helps Coinfirm to accelerate the process of becoming the global standard for AML/CTF in the cryptocurrency space and speed up its adoption by regulators and financial institutions all over the world.

“I am excited to support Coinfirm in the growing space of blockchain technology, where risk management, compliance and data analytics are the backbone for creating sound solutions and systems for the future.” said Ruth Wandhofer about joining Coinfirm’s Advisory Board.

With 25 years experience in the technology market and executive roles at Oracle, Siebel, SAP, Microsoft and Salesforce, Julian Johnson has implemented major software solutions all around the world and built an extensive career spanning several industries, including financial services, public sector, telecommunications and media, utilities, and energy. Now he’s bringing his experience to take Coinfirm into more major enterprises as he recognizes Coinfirm’s solution as the critical to drive blockchain and cryptocurrencies adoption into the mass market.

Julian sees the big vision of Coinfirm being a bridge between cryptocurrencies and the mass global market, stating, “Confirm is the glue that allows the innovation and energy behind cryptocurrencies and blockchain technologies to become mainstream, regulated and industrialised in financial markets and institutions.”

In Tomczuk, Coinfirm adds a successful entrepreneur who has not only built and exited a company through a major global player but one who intimately understands the public affairs aspect of emerging technologies. His experience in communications & lobbying connected with financial markets is helping Coinfirm to define their role in the newly emerging ecosystem of cryptocurrencies. The new team members complement the focus and vision of Coinfirm as both Lee Byrne and Harry Saito are known in the regulatory and compliance space with Harry holding a strong position for Coinfirm in the dynamic blockchain market of Japan. Ben Brophy brings a wealth of experience and skills in deploying and integrating innovative solutions and specifically those around blockchain into major companies and financial institutions.

With the addition of recognized leaders and experienced players from related fields, Coinfirm is taking the next step to building itself as a global leader.

Coinfirm serves as a foundation for the safe adoption and use of blockchain. The Coinfirm AML/CTF Platform uses proprietary algorithms and big data analysis to provide structured, actionable data that increases efficiency, reduces costs and streamlines compliance to near automation. A recognized leader in their field and among the most influential blockchain and regtech companies, the blockchain agnostic platform benefits not only companies operating around blockchain but also major financial institutions, asset management and BI companies. In addition, Coinfirm develops dedicated blockchain solutions such as their data provenance platform Trudatum, currently being piloted for adoption by multiple financial institutions. Coinfirm has also recently released their AMLT Token to allow for market participants to help rate others and democratize the financial system. 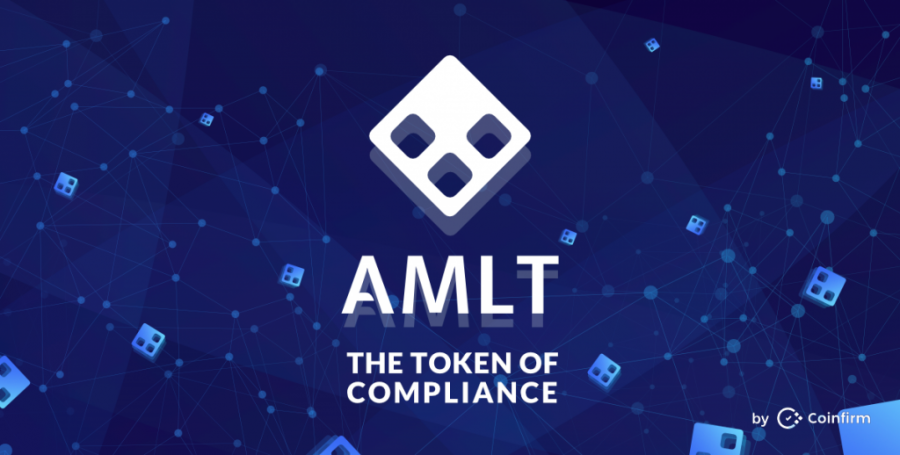 Tags
Blockchain Market Cryptocurrency Companies Space Finance Adoption Data Compliance
Most Popular
May 12, 2021 at 15:03
News
Cardano Consolidates Below Recent High as Bulls Attempt to Breach $1.80 Resistance
May 12, 2021 at 14:03
News
Most African Countries Cannot Access Akoin. How True is the One Africa, One Koin Sentiment?
May 12, 2021 at 14:00
PR
Spring and Bondly NFT Partnership Unlocks Digital Potential for Creator Economy
May 12, 2021 at 12:59
News
Bitcoin Cash in Sideways Move, Battles Resistance at $1,600
May 12, 2021 at 11:26
PR
XRP is Back on Track on Phemex
More