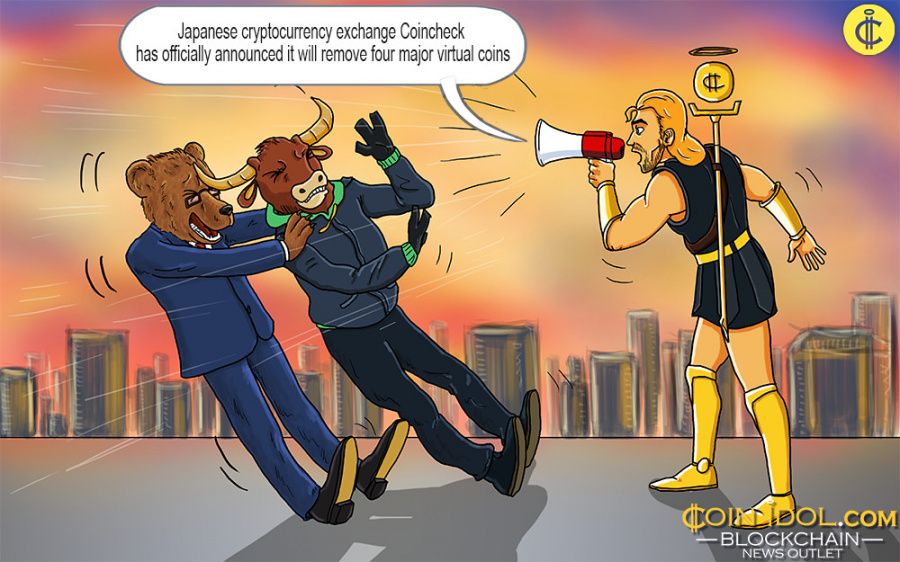 “Based on the fact that it is necessary to further develop and strengthen the management system of AML / CFT in the future, we deem that it is not appropriate for us to deal with currencies that are of little concern,” Coincheck said (loosely translated).

Details of the announcement

A fintech giant of the Japanese cryptocurrency market Coincheck has confirmed rumors about delisting of some digital currencies, namely Monero, Augur, Dash, and Zcash. The move is seen as a part of the plan for obeying the rules from FSA and supporting anti-money laundering and anti-terrorist financing policy.

The company has to convert every banned coin into Japanese yen by June 18 according to the market rate. If any banned coin is left on the customer’s digital wallet, it will be automatically converted to yen as well.

FSA has begun to show a particularly active interest in the regulation of local crypto exchanges. The agency is trying to protect users, given the largest robbery of NEM in January 2018, which cost Coincheck $532 million. As part of these efforts, the FSA stated that officially registered exchanges would face severe restrictions in trading with anonymous trade coins, since tracking their path is almost impossible compared to the most popular token bitcoin.

Taking into account the January heist, Coincheck has tried to regain its customers by a range of measures, including zero-free trading and improved verification standards for each user. The financial technology institution also claimed it would “drastically review” its own controls and keep on following the FSA’s regulations in order to prevent any occasions of money laundering or terrorist financing.