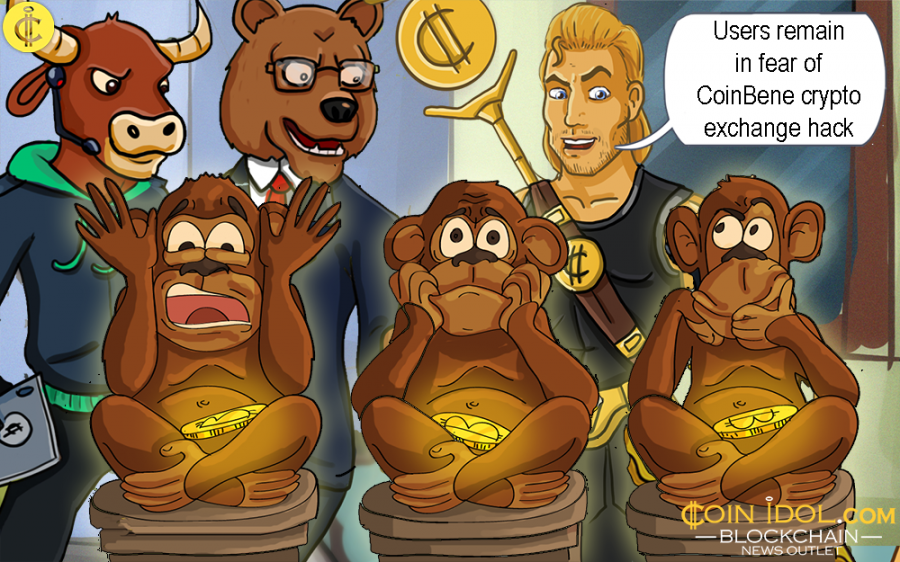 Hackers have taken advantage of the digital and embryonic nature of the cryptocurrency industry, and led both crypto exchange companies and users to shed tears. Now, CoinBene, one of the leading exchanges on the market according to coinmarketcap (CMC), has announced that it wasn’t hacked. The company was only carrying out maintenance - so it tells its users not to be worried.

#Announcement ‼
Somebody doubt CoinBene was attacked by hacker recently because our maintenance.
We CoinBene are so sorry that made everyone worried for this problem.
Truth is pic.twitter.com/2P8Ulwjj6C
— CoinBene Global (@CoinBene) March 27, 2019

The news of hackers attacking exchanges has flooded the markets for a long time, beginning with the notorious Japan-based Mt. Gox hack that saw it to lose over $473 million in 2014, New Zealand-based Cryptopia lost around $18 million in January 2019, Singapore-based DragonEx was also hacked in this very week and lots of money stolen, Tokyo-based Coincheck lost over $530 million.

The users think that the company is trying to cover up the hack, because there was a breakdown in service system, delays in depositing and withdrawing money, and users of course had to develop fear.

However, the crypto exchange has released an official statement telling its clients that:

“User assets on the CoinBene platform are 100% secure. Our platform promises that if any user assets will be lost, we will compensate 100%. The CoinBene security team monitors any anomalies at all times and will issue a warning the first time to prevent any possible risks.”

This announcement has not impressed anyone, and some senior analysts have discovered that the firm has lost around $45 million in this malevolent attack – with over $38 million pinched in Maximine Coin. There is a possibility that these funds were dumped on the market.

It is still unclear who is behind and who executed this unexpected attack, but all fingers are pointing at North Korean hacker group Lazarus, which has continued hacking on several crypto-related companies and businesses.