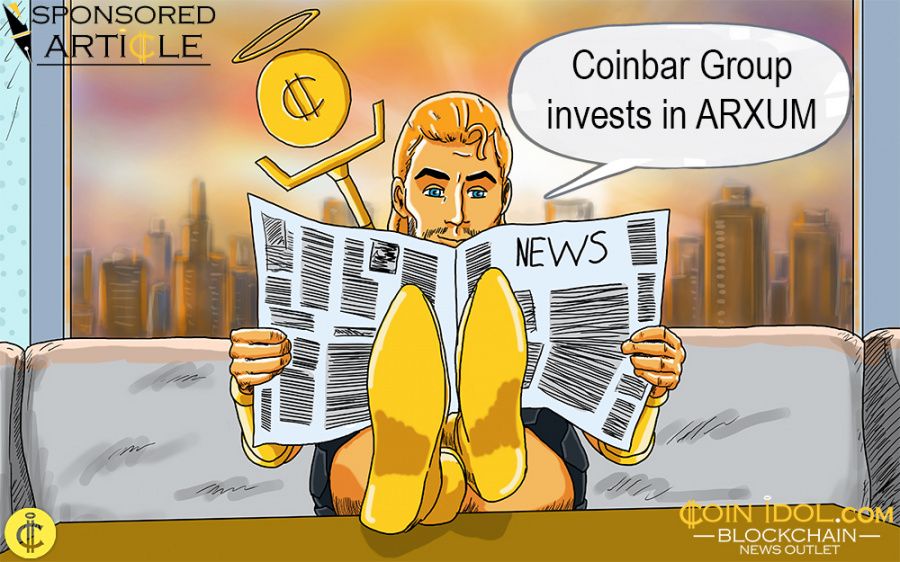 ARXUM, a project that changes the manufacturing industry by interconnecting manufacturers, suppliers and customers in a network running on blockchain, announced its ICO last week. Shortly after, Coinbar Group, which is a private investment group consisting of academics, venture investors, market analysts, consultants and developers, invested a substantial (undisclosed) amount of ETH in the ARXUM project. Coinbar has previously invested in ICO’s of well-known players such as IOTA, Kyber Network and Zilliqua.

“ARXUM’s Production Protocol has the chance to drive the technology change in the manufacturing industry towards fully digitalized processes. This will help manufacturers to build Smart Factories and customized mass production” — Mr Sebastian Bausch, CEO of Coinbar Group said.

“We are pleased to have won Coinbar Group as a strategic investor with extensive technical knowledge and a worldwide network. That could help bringing our product to a global scale” – Jens Harig, Managing Founder of ARXUM

“The funds will be used to further develop the blockchain-based network. We are able to decentralize the manufacturing industry, speed up manufacturing processes, lower manufacturing costs and offer mass customization at the cost of mass production.” – Markus Jostock, Managing Founder of ARXUM

The ARXUM token, AX, are used across the ARXUM network and allow investors to benefit from the use of IoT and blockchain within manufacturing. ARXUM has submitted a proposal to the financial authorities of Switzerland, FINMA, and is waiting for the final approval to conduct the ICO. There is a total of 125,000,000 AX token.

Join our telegram group for more information on the ARXUM ICO: https://t.me/arxumforall

ARXUM changes the manufacturing industry by interconnecting manufacturers, suppliers and customers in one network. The network lets data be transferred effortlessly between the users, enabling customized manufacturing for the same price as mass production – for the first time in history. In turn, a completely new marketplace is created, where everyone can participate. ARXUM uses blockchain technology and is run by a team of experienced engineers.