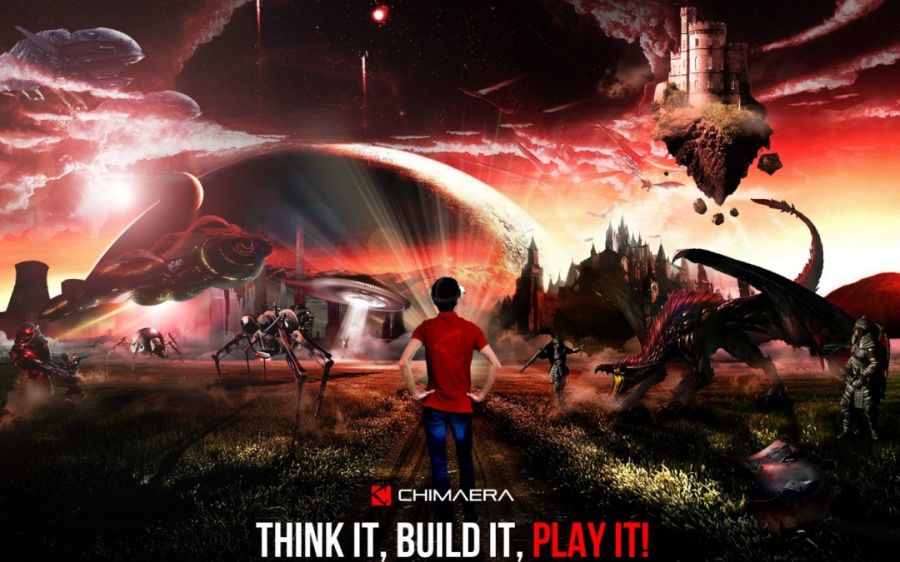 September 13, 2017, Preston, United Kingdom – Chimaera, a group of gaming and blockchain experts who have been building in the scene since 2013, has set out to challenge the status quo in the video game industry – especially when it comes to development costs – by empowering game developers and studios of all sizes. The platform they are working on provides a complete set of tools, enabling creatives and companies to create decentralized universes on their own native blockchain outside the crowded Ethereum ecosystem. And it will drastically lower the bar for creatives building gaming worlds on the blockchain.

In order to revolutionize the industry, the innovative group of veteran blockchain gaming developers has decided to set up a crowdsale to raise necessary funds and encourage community participation. The pre-token generation event, as a part of this campaign, is set to go live within a month’s time. The platform will soon officially announce the dates for the upcoming crowdsale following which interested cryptocurrency, gaming and investor community can purchase CHI tokens.

The development of Chimaera goes back almost four years – when the creators of the platform launched Huntercoin – a proof of concept that marked the origin of blockchain-based gaming. Since then the team has strengthened itself by getting experienced developers, blockchain experts, and business developers to create a powerhouse needed to build a full-fledged game development ecosystem, building up a powerful and loyal community along the way.

The video game industry has always had a high entry barrier. Even though there is no shortage of talented developers, only the most successful of indies or AAA games with very deep pockets make it to the market. Chimaera is turning this capital-intensive industry accessible to everyone by democratizing it using distributed ledger technology.

So far, crowdfunding has had limited success when it comes to bringing ideas to life. The cryptocurrency technology, with some of the highest grossing crowdsales under its belt, is gradually changing the notion. Chimaera is not only leveraging on the shifting trend, but it is also making use of the very technology to reduce the costs involved in game development and deployment drastically.

The Chimaera platform has its own independent blockchain, powered by CHI tokens. It also has a range of pioneering features that allow it to reduce the costs for developers while increasing the scalability of games. These tokens also play an important part in the in-game economies, ensuring participation, engagement, and transaction of value between games.

“Creating rich autonomous virtual worlds is a complex and costly undertaking. Many independent developers are unable to get their concept to market because managing the game complexity, the cost of infrastructure (such as servers), as well as publishing and account administration, represent significant barriers.“

Chimaera is designed to provide unprecedented flexibility and convenience to the game developers. Some of Chimaera’s notable features include game channels and ephemeral timestamps. The Chimaera blockchain ensures that all participants in a decentralized game reach consensus on the current game state. With innovative off-chain scaling technology, it ensures that games remain fair and decentralized without burdening the shared blockchain with unnecessary data.

“We have developed an extension of the payment channels in Bitcoin that can be applied to game moves between multiple players off the blockchain and thus aid in scaling Chimaera to its global target size. The same concept can also be used for “shards” of a global game world, to enable limitless and near-real time gaming on the blockchain.”

As far as blockchain based gaming goes, gamers on the Chimaera platform will only have to process and store states for games they are participating in, which is quite different from Ethereum in which every full node fully processes and stores the state for every contract.

The platform is designed to be compatible with popular game development environments like Unity and Unreal Engine. The ready SDKs and APIs make it easier for developers to create blockchain games that can utilize Chimaera’s infrastructure across various genres. The platform can be utilized to create decentralized autonomous MMO games, turn based games, real time strategy games and more.

The platform is on its way to create an entire developer ecosystem, complete with code samples, tutorials, developer forums and a dedicated support system operated by the Chimaera team. With all the resources at disposal, developers with varying experience and skill levels can easily start building games over the blockchain and integrate it with a range of Chimaera modules including wallets, mining applications, matchmaking, payment integrations, secure social network, trading and more.

Chimaera is the source of this content. This press release is for informational purposes only and should not be viewed as an endorsement by CoinIdol. We take no responsibility and give no guarantees, warranties or representations, implied or otherwise, for the content or accuracy.  Readers should do their own research before investing funds in any company.