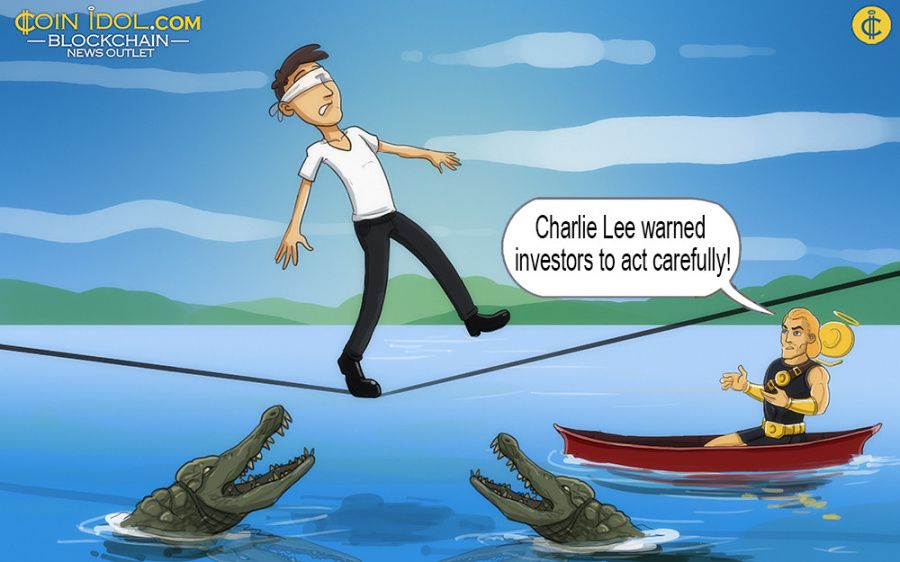 Charlie Lee, the creator of famous cryptocurrency Litecoin, considers Litecoin Cash, that will allegedly increase the “block speed” of processing transactions, to be a scam. He says it is dangerous and asks investors to be careful with this upcoming fork.

Launching of a Litecoin fork has recently been announced. Although, Charlie Lee, Litecoin founder and former director of engineering at Coinbase, claimed that he has no ties to the project and it could possibly be a fraudster’s trick.

“The Litecoin team and I are not forking Litecoin. Any forks that you hear about is a scam trying to confuse you to think it's related to Litecoin. Don't fall for it and definitely don't enter your private keys or seed into their website or client. Be careful out there!”

According to Business Insider, Litecoin owners will be given 10 Litecoin Cash coins for each Litecoin unit they have when the fork appears on the cryptocurrency market next week. Sounds similar to the Bitcoin fork when Bitcoin Cash was first mined. That looks like a really sweet deal, particularly if you bought Litecoin tokens when the price was as low as possible —$3.73. That was a year ago, but then it skyrocketed to $365 in December before plunging to $150-ish at this moment.

The purpose of creating Litecoin Cash is to increase “block speed” to 2.5 minutes. The network can process currency transactions at exactly this speed. This system is supposed to be faster than Litecoin.

These days there are very many concerns about cryptocurrencies and the top one, that demands to have appropriate regulations put on, is that anyone can set up a virtual coin and scam people out of money. And there is no law to stop swindlers.

It is unknown who controls Litecoin Cash, which is about to come out soon, but one thing is as clear as day – the creators hide behind the Litecoin Cash Foundation.

Charlie Lee regards it as dangerous and warns everyone to avoid any transactions with Litecoin Cash. “Litecoin” in its name doesn’t make it legitimate, so Litecoin Cash should be handled with care.