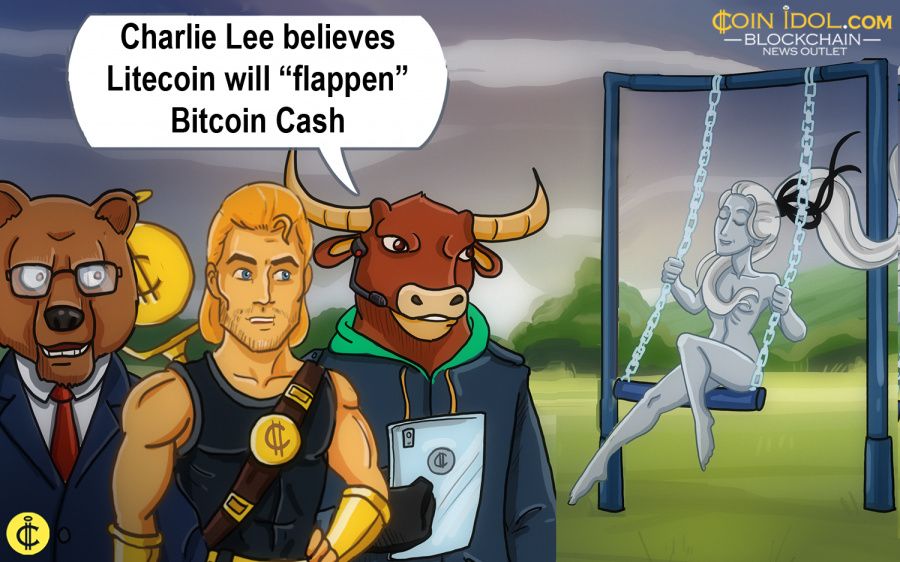 The creator of Litecoin, Charlie Lee, has recently posted on his Twitter that he believes that Ethereum will never go over Bitcoin’s market cap. But at the same time, he stated his position clearly – Litecoin will definitely beat its major rival Bitcoin Cash. 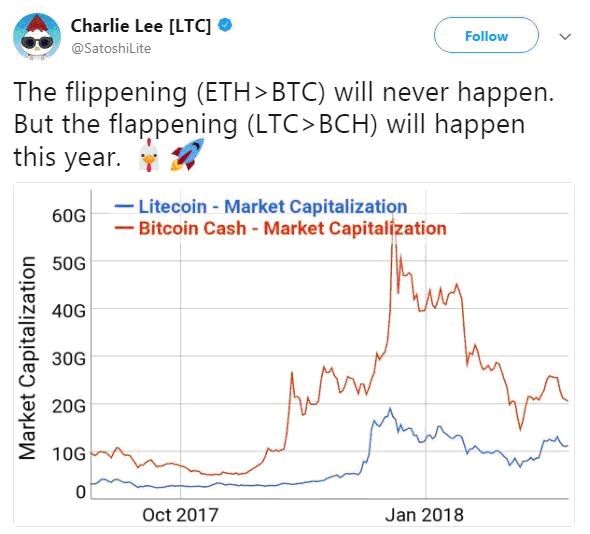 Some really powerful figures on the financial market, such as Polychain Capital founder Olaf Carlson-Wee, reckon that Ethereum will surpass Bitcoin’s market capitalization this year.

However, Charlie Lee has his own vision on the development of the cryptomarket. On February 25, he announced on Twitter that Ethereum will never top Bitcoin, in his opinion. Besides, Lee wrote that the chances of Litecoin’s “flappening” (topping) Bitcoin cash are very high.

LTC vs BCH: Who Will Win?

At the moment, Bitcoin cash’s market capitalization is a little less than $20 billion USD, while litecoin’s is fluctuating just above $12 billion. On the financial market it is a competitive distance for sure, where everything can go upside down at any minute.

The most curious facet of the competition between LTC and BCH is that both of them have almost identical use-cases on the cryptocurrency market because both function as base layer payments protocols.

Advantages are present in both systems. For example, Litecoin looks dependent on the way of Bitcoin’s development, which can be regarded rather as an advantage. While Bitcoin Cash’s value is now free from Bitcoin’s influence, which is very favorable. So, it is impossible to tell who is a leader now.