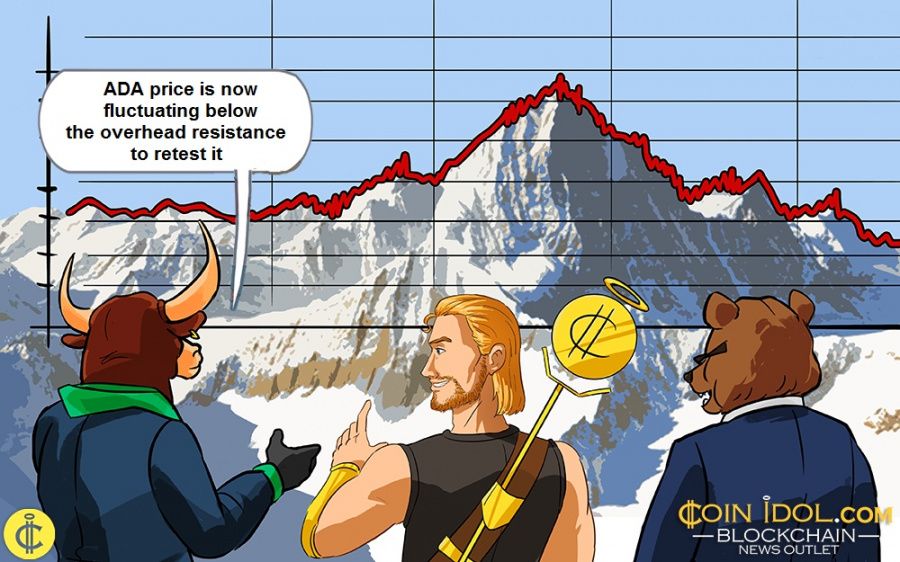 Cardano's range-bound move has been ongoing since February 26. The bulls have succeeded in breaking above the overhead resistance thrice but could not sustain the bullish momentum.

For instance, in the previous price action on April 14, the bulls push ADA to the high of $1.550. Nevertheless, the selling pressure was overwhelming as the market dropped sharply to the low of $0.90. Immediately, the bulls bought the dips. This has been the price-action scenario for the past three months. The altcoin is trading at $1.36 at the time of writing.

Cardano is at level 55 of the Relative Strength Index period 14. The altcoin is in the uptrend zone and above the centerline 50. The 21-day SMA and the 50-day SMA are sloping horizontally depicting the sideways movement of prices. 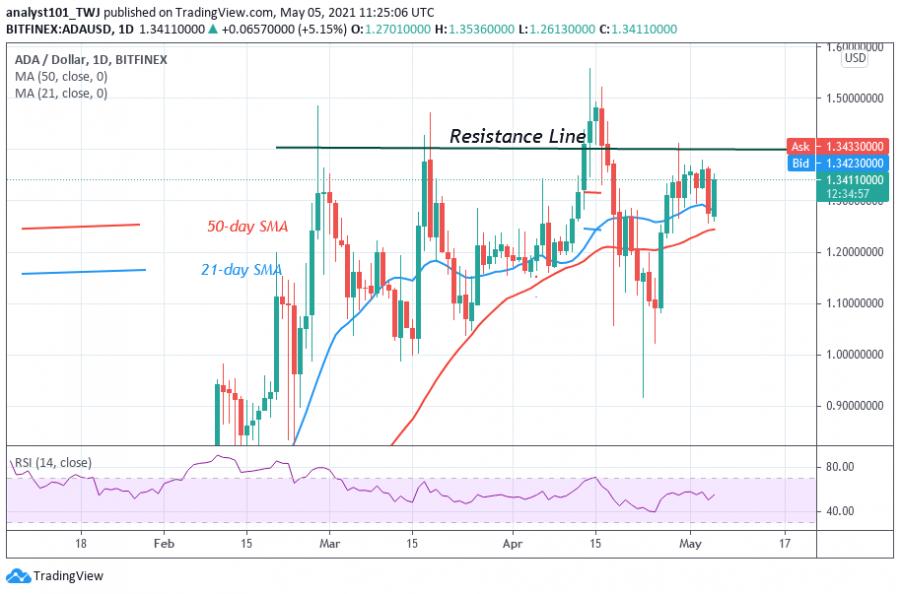 ADA price is likely to make a marginally upward move above the overhead resistance. On April 29 uptrend a retraced candle body tested the 78.6% Fibonacci retracement level. The retracement indicates that ADA will rise and reverse at level 1.272 Fibonacci extension or the high of $1.50 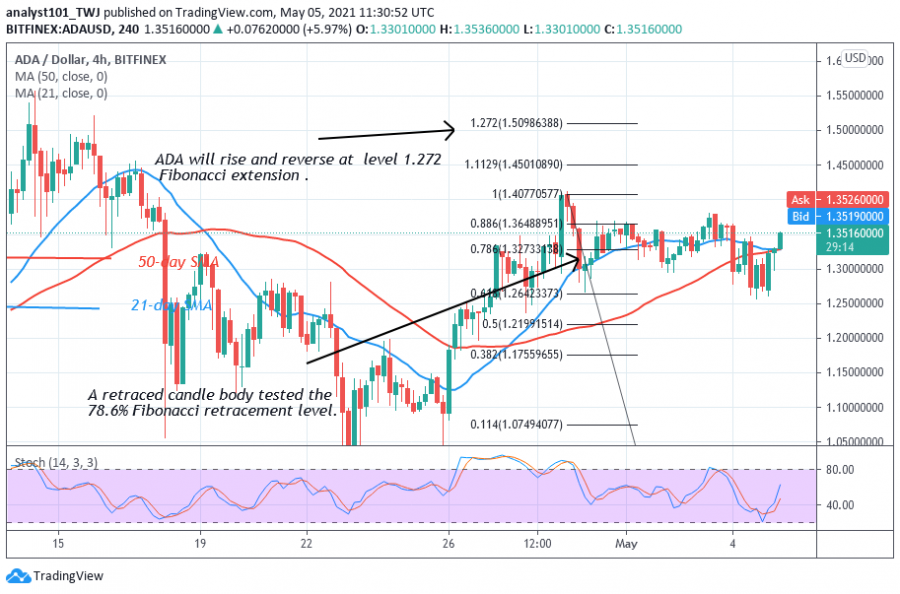 Tags
Price Cardano Power Fibonacci Analytics Forecast Trading Support
Most Popular
Sep 22, 2021 at 11:11
News
Bitcoin Cash Drops Sharply to the Oversold Region, Poises for a Fresh Uptrend
Sep 22, 2021 at 10:15
News
Learn Professional Trading From The Best. DIFX Academy Is The Place To Be
Sep 22, 2021 at 09:17
News
Cardano Declines to the Previous Low at $1.91 as Bears Resume Selling Pressure
Sep 21, 2021 at 13:11
News
The Chinese Digital Yuan Shows Success, but WeChat and Alipay Pose Threats
Sep 21, 2021 at 12:42
PR
How Africa Spearheads The Global Adoption Of Bitcoin And Cryptocurrencies
More