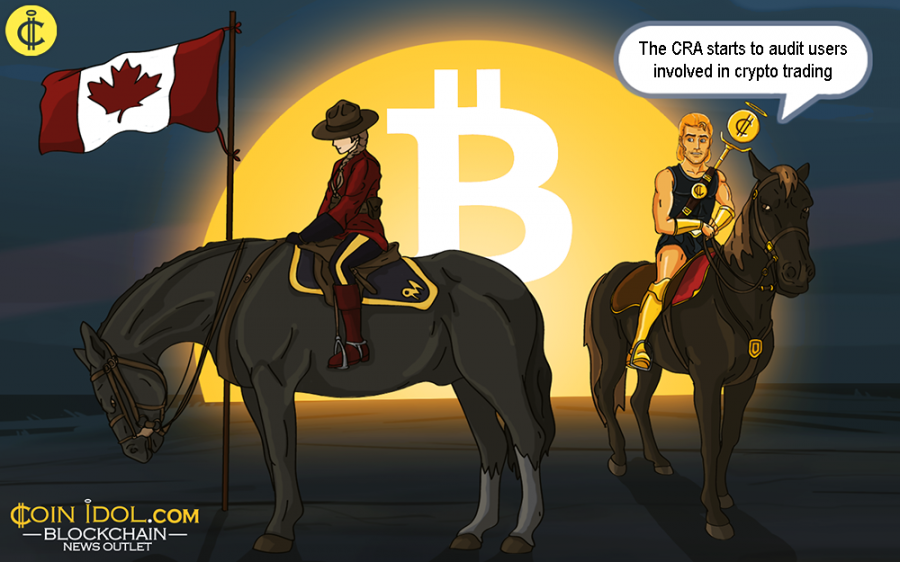 Cryptocurrency operations have caught the eye of the Canadian Revenue Agency (CRA), Canada’s primary tax-collecting institution. It has been concerned about risks associated with cryptocurrencies and lawful regulation of taxes in the digital asset field.

The CRA has sent to bitcoin users a detailed document inquiring a long range of questions about digital currency trading. First of all, it wanted to know where the currency was obtained and how it was stored. Then the questions became more straightforward and asked interviewees to reveal their trading history and multiple addresses (if there are any). Also, it required to respond if they used mixing services, systems that allow users to obfuscate their spending and maintain their privacy, hence making it difficult for third parties to use analytics software on these transactions. 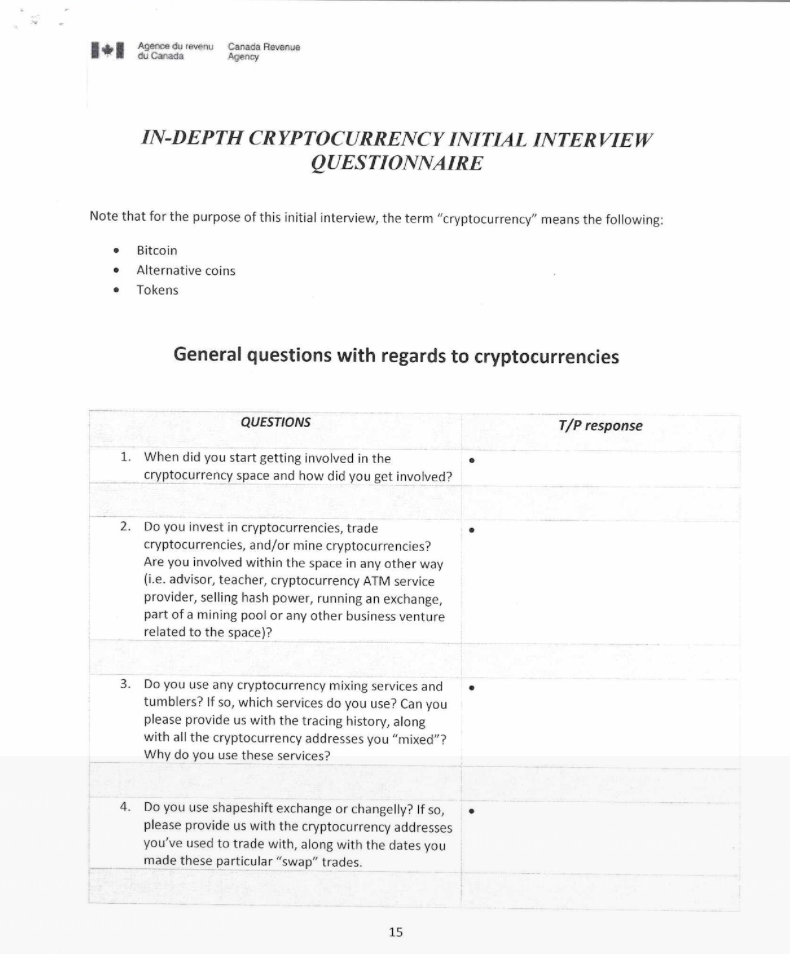 Other questions investigated matters such as the amount of fiat currency investments and type of crypto exchange used. It was highlighted by the CRA that the questionnaire also serves as a reminder to pay taxes on digital currency gains, even though most citizens are obedient taxpayers.

“The Canada Revenue Agency (CRA) understands that a vast majority of middle-class Canadians pay their fair share, but it remains committed to ensuring that without exception, every taxpayer abides by the same tax laws. As a world-class tax administration, the CRA is also committed to adapting its administration to keep pace with evolving global services and products, and making key investments to effectively address the new ways of doing business in the global economy,” the CRA commented on the matter.

In 2017, the CRA founded a special committee focused on digital currency such as bitcoin and ethereum. The main aim of this unit is to enhance intelligence and perform audits of risks related to cryptos. Besides, it is set to “enforce compliance in areas of emerging risk”. According to the sources familiar with the matter, there have been created more than 60 active audits concerning blockchain-based crypto coins.

Italy’s OECD has also toughened the circulation of cryptocurrencies, introducing a set of anti-money laundering methods which are to be approved by June 2019. Meanwhile, the President of Russia, Vladimir Putin ordered his government to devise a draft of crypto regulations, as Coinidol reported.