Can we Consider Blockchain the Fifth Protocol in the System of the Internet? 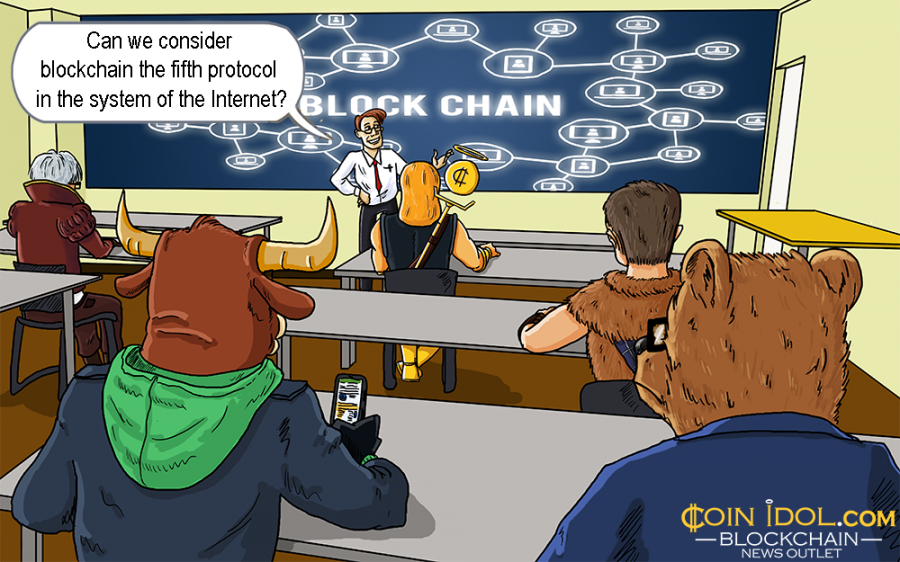 Since its very beginning, the Internet has been the largest and most popular network in the world. It is used for the distribution of every kind of information, starting with news and ending at entertainment. Cryptocurrencies, powered by Blockchain technology, can be seen as a natural extension of the Internet, modernizing its working principles.

There are two models describing the operating process of a computer network, namely the Open Systems Interconnection ( OSI) and the Transmission Control Protocol/Internet Protocol ( TCP/IP) models. The first one was created to systemize the brand-new source of communication and to regulate a framework of different interconnected “layers” within this network. In the OSI model, there are seven layers that provide the data exchange.

The second model, which is called TCP/IP, describes how the Internet works and it comprises four layers which can be more easily segregated. Data, in the form of packets, is constantly transmitted from one layer to another. They are highly essential to the Internet,  making up the core of the whole system. Nevertheless, the security of the Internet is not as good now as it was at the beginning of its development, with tons of spam, phishing websites etc. To solve these problems, we may need the fifth protocol.

Blockchain tech has given a lot of cryptocurrencies life and provided them with a wide range of features, such as increased levels of security, immutability of transactions, and a global customer base. Over time, digital currencies have extended to enter other areas of people’s life. They can be used for weeding out voter fraud and paying content creators instead of advertisements, for example. The Internet would indeed have much fewer problems if it was to implement the working principles of this new fintech.

By using the exchange of "value" on the Internet, computers can communicate with each other to establish legitimacy. For example, for some parts of the Transport Layer, a crypto-based transaction may be required at each stage to ensure that packets are received from a trusted source and do not waste network resources.

Besides, decentralized platforms can enable the Internet to develop resistance to censorship and ensure freedom of speech. Now a few large enterprises control the iteration of the Internet and they can easily distort the mood of users for some private gain.