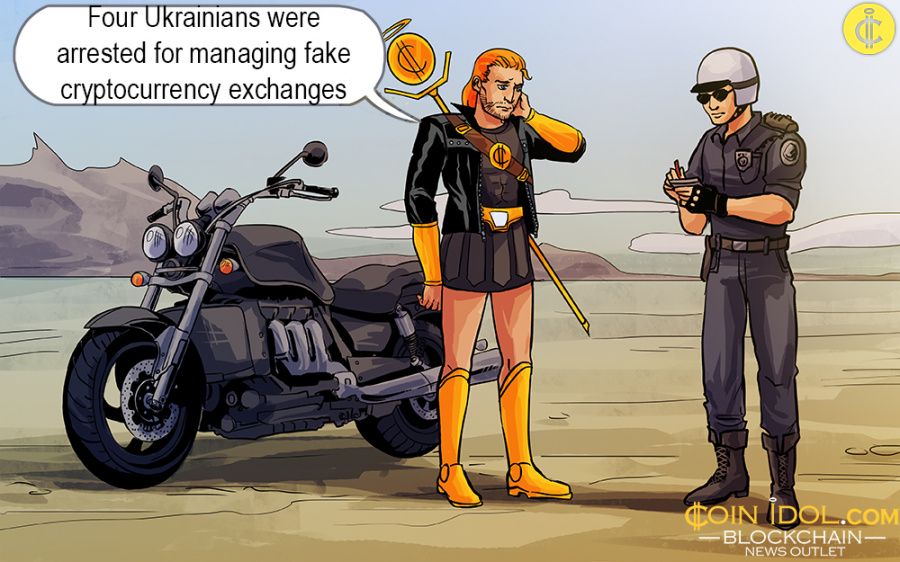 With the digital currency gaining popularity, many frauds have been conducted in this field. Ukraine has recently witnessed the big arrest of four young men involved in a cryptocurrency scam. They were accused of running six fake virtual coin exchanges.

According to the report published on June 21 by Bleeping Computer, Ukraine police arrested a group of four men between ages 20 and 26 for operating minimum six fraudulent crypto exchanges. Alleged criminals lured users, promoting exchanges with fake positive ratings and online reviews. It is reported that the suspects had "special programming knowledge and skills" and "created their own CMS system for managing the content of exchange sites."

During the raid of houses of suspects, the police reportedly captured computers, flash drives, smartphones and other devices used in a fintech swindle. According to the press secretary of the National Police of Ukraine, "the list of sites is not completed." Now the authorities ask users to provide information on whether they were deceived by fraudulent exchanges before.

Yesterday, the US Securities and Exchange Commission received an additional emergency order to freeze the assets of Dominic Lacroix, owner of PlexCorps. Lacroix and his partner, Sabrina Paradis-Royer, were accused of violating the securities law regarding the original offer of the PlexCoin (ICO) conducted by PlexCorps last August. It is reported that ICO raised $15 million from "thousands of investors."

Earlier this month, Cointelegraph reported that a Bitcoin trader in Los Angeles, California, faced charges of allegedly launching an unregistered multimillion-dollar business of Bitcoin-fiat transmission. Accused Theresa Tetley, 50, reportedly earned at least $300,000 a year from her black crypto market business, which took place between 2014 and 2017 through listing at localbitcoins.com.