Brazil to Embrace Ethereum Blockchain to Solve Their Electoral Problems 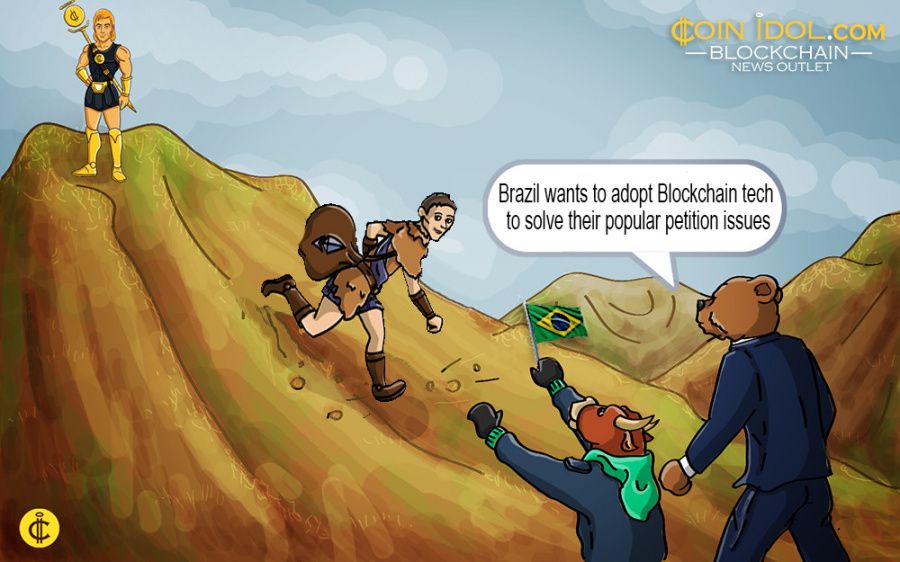 As blockchain technology is becoming more and more widespread and popular, there are numerous use cases of it emerging outside the field of cryptocurrency and finance.

Thus, Brazil is looking at adopting it to solve their popular petition issues. Popular petition is a form of electoral initiative with its essence in people selecting and signing petitions on relevant issues. If the petition has the necessary 1% of the country’s voting population behind it, it is submitted to Congress and the government is bound to review it.

However, the regular system of gathering and verifying such signatures based on paperwork is time-consuming and ineffective. So, sometimes even those petitions that get the necessary number of signatures are not reviewed by the authorities due to the confusion caused by loads of papers.

Designer turned programmer Ricardo Fernandes Paixão and political advisor Everton Fraga seem to have come up with an innovative solution to that problem by offering recording and storing of signatures on the Ethereum blockchain. Their system would allow for avoiding loads of paperwork, simplifying the verification process and eliminating forgery.

The Brazilian government supported the initiative and has started developing a mobile app that will allow people to register for the system online and place their signatures on petitions they support or submit a petition itself. On a daily basis, those signatures will be hashed and recorded on the Ethereum blockchain. Such a system will ensure no signature is lost or forged. Besides, due to the decentralized nature of the system, anyone will be able to view the actual number of signatures for a certain petition, thus eliminating the possibility to manipulate or forge the voting results.

Tags
Blockchain Ethereum Brazil Finance Technology Cryptocurrency Voting Verification App
Most Popular
Apr 12, 2021 at 13:04
News
Ripple Is a Step Away From Outperforming Binance Coin by Market Cap
Apr 12, 2021 at 12:11
News
Ethereum Slumps Below $2,150, Unable To Sustain Above $2,200 Resistance Level
Apr 12, 2021 at 10:38
News
Bitcoin Breaks above $60,000 Support, Struggles to Resume Upside Momentum
Apr 12, 2021 at 08:15
PR
MyCryptoParadise Opens the Door to Trading Like a Professional With the Best Crypto Signals Being Offered Today
Apr 11, 2021 at 11:11
News
Female President of Tanzania Expected to Mitigate the Climate for Cryptocurrency in the Country
More