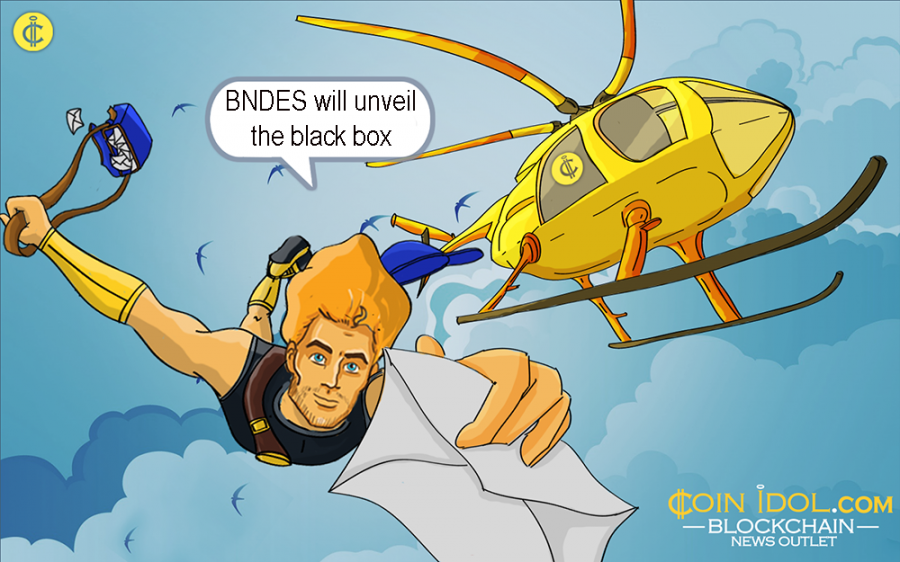 The President of Brazil, Jair Bolsonaro, revealed on his Twitter account on Monday, January 7, 2019, that the government is gathering info from the National Bank for Economic & Social Development (BNDES) and other relevant government agencies, and further said that several contracts have been crushed and will soon be revealed. 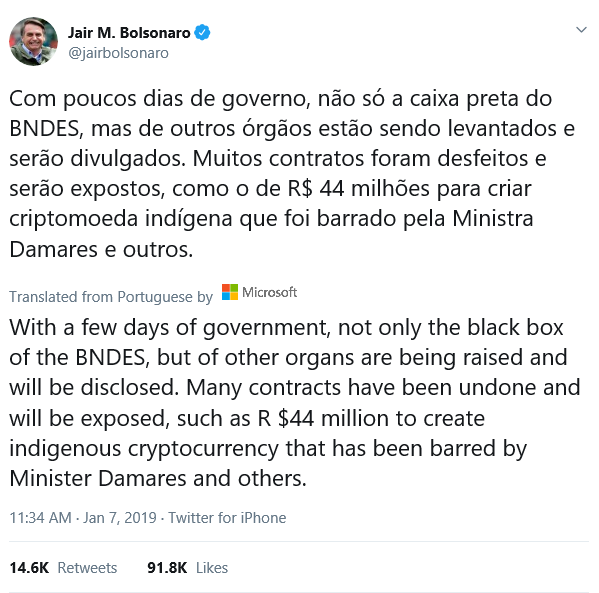 President Bolsonaro cites the decision by Damares, the Minister of Women, Family & Human Rights, to debar and freeze a contract worth 45 million reais from the National Foundation of India (Funai) which included the explanation of functional mapping, formation of territorial databases and effectuation of crypto for local populations. BNDES officials turn down the existence of a black box in the financial institution.

No Corruption in BNDES

The establishment reveals its activities in a wide and easily understood manner, unique and unequalled with any other banks, as per the BNDES Staff Association (AFBNDES). Supported project, client data, interest rate, transaction value, terms & guarantees are all available and accessible in the institutional portal.

According to a report published in VEJA, Maílson da Nóbrega, an ex-Minister of Finance, revealed that it is hard to find corruption in BNDES.

"It turns out that lending itself is hardly susceptible to corruption. Decisions are made by committees. Officers have no jurisdiction to lend. The BNDES discloses almost everything from its operations, having become one of the most transparent public institutions in the country, Maílson said.

In his presidential campaign, Bolsonaro promised to “reveal the BNDES blackbox” to disclose to the citizens the goal and end-use of loans made by the institution over the past few years.

The project worth $12 million for the “indigenous crypto” was apparently frozen as the contract wasn’t assigned via a traditional bidding process but via a direct contract signed by the Funai and Fluminense Federal University (UFF), as per local news outlet Estadão, on Wednesday, January 2, 2019.