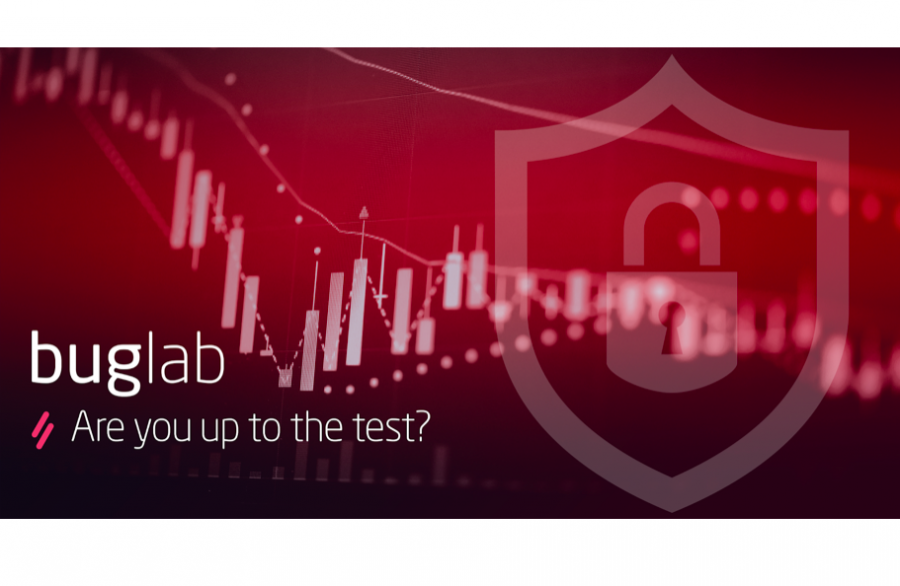 Buglab, a blockchain cybersecurity startup is offering cryptocurrency exchanges entry for its upcoming penetration testing contests. Buglab will be giving away $2,000,000 in BGL tokens to cybersecurity researchers participating in the contests.

Paris –  Buglab, a cybersecurity solutions startup has announced that it will be offering $2,000,000 in BGL tokens to cryptocurrency exchanges and cybersecurity researchers participating in the penetration testing contests of its platform.

Buglab has decided to release a private beta version of its platform, following a spate of recent exchange hacks. Any exchanges who offer to run a launchpad, or promote the token sale in some way will be eligible to receive the penetration testing service to detect vulnerabilities and potential threats.

Through Buglab, a community of certified and hand selected cybersecurity researchers will summarize the contest, providing a complete report on the findings and draw a complete preventative strategy to prevent such issues in the future.

Every participating exchange will get the chance to receive $20,000 as a part of Buglab’s enterprise plan, including a $10,000 prize for the top three winners of the contest and $10,000 as a special reward (for example critical vulnerabilities not found by the winners). In addition to offering the contest, if no vulnerabilities are discovered, Buglab will offer 50% of the sum allocated to the exchange, ($10,000 in BGL tokens). This is an excellent way for the exchanges to test the release of future features.

When asked about the future of cryptocurrency exchange, Buglab CEO Reda Cherqaoui stated that:

“Cryptocurrency exchanges should be concerned about securing the funds of their traders, as these funds equate to billions of dollars. With new exchanges launching every week and increasing danger of security breaches, we aim to provide the industry with a secure, cutting-edge service to help mitigate against these increasing risks.”

Today’s digital financial markets are growing at an exponential rate and hackers now have more advanced techniques and equipment than ever before. Cryptocurrency exchanges should be vigilant and actively monitor and update their knowledge and technical skill to be one step ahead of the hackers and to keep their exchanges secure.
The Buglab penetration testing service and contest announcement come just two weeks after two large South Korean exchanges were hacked and lost an estimated combined total of over $70 Million, in various cryptocurrencies.

Leading exchange Conrail announced a “cyber intrusion” on June 9, with an estimated loss of $40 million and only 11 days later South Korea’s largest volume trading platform, Bithumb announced a security breach with a reported loss of $31 million.

Despite Bithump’s reassurance of a full reimbursement to all of it’s affected users, serious questions now hang over the security of these, and all other cryptocurrency exchanges. With this news compounding the current bear market, cryptocurrency platform users are very concerned as to the state of play.

Reda also stated that this increase in hacker prowess has created an increased demand for cybersecurity professionals that far exceeds the current supply. This huge demand has pushed specialist towards finding new and more efficient solutions to oppose the growing number of security threats.

Buglab uses Ethereum-based platform composed of two programs: the buglab contest and Vigilante Protocol, for helping companies and cryptocurrencies exchange, all over the world, to discover and fix vulnerabilities on their digital solutions and assets such as web apps, mobile apps, IoT devices, smart contracts, and others. In the Vigilante Protocol, the startup works with CERTs to verify discoveries and notify companies at risk.

Buglab is the brainchild of cybersecurity veteran and engineer Reda Cherqaoui. He has been in the cybersecurity scene since the age of just 16 and in 2011 he developed Facebook’s monitoring system, known as “Agatha”. In this time Reda helped numerous mainstream companies such as Hotmail, Yahoo, and eBay.

The Buglab founder has always been motivated by problem-solving and now looks to address the various cybersecurity threats, through Buglab’s penetration testing startup.

Buglab will be running a token distribution event from the 30th of June, 2018, for a period of exactly 4 weeks. Individuals interested in participating in the token presale can do so by  whitelisting on the official website.

Buglab is happy to announce that it will be offering token sale participants a 25% token bonus for the duration of the presale.

Buglab is pleased to invite all interested crypto exchanges to join this initiative at  exchanges@buglab.io

Buglab is an Ethereum-based startup that connects companies with a global network of expert cybersecurity researchers. At the center of our ecosystem, there are two programs – the buglab contest and Vigilante Protocol, helping companies all over the world to discover and fix vulnerabilities on their digital solutions or assets.

Buglab is the source of this content. This press release is for informational purposes only and should not be viewed as an endorsement by CoinIdol. We take no responsibility and give no guarantees, warranties or representations, implied or otherwise, for the content or accuracy. Readers should do their own research before investing funds in any company.