Blockchain to Protect Overseas Made in Italy Products 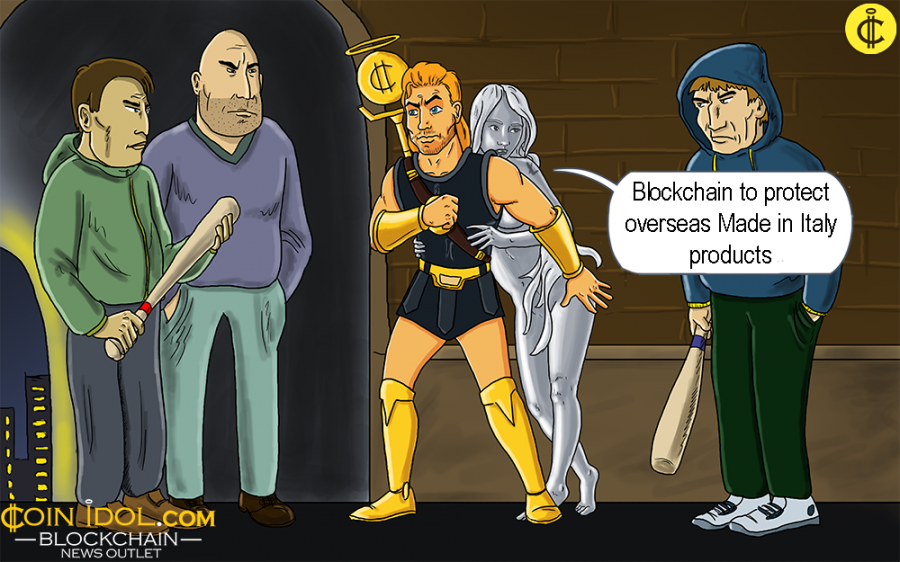 Italy has invested heavily in the field of technological innovation such as blockchain technology, smart contracts, artificial intelligence (AI), internet of things (IoT) and others. Different possible application features of blockchain and its huge potential for protection, elevation and promotion for Made in Italy products both abroad and inside the country. The themes of the conference 'Blockchain: guarantees for the consumer and the made in Italy’ happened in Rome, at the Luiss Business School. The technology aims at shielding the project.

Some of the interventions include, that of Annaluce Licheri, president of the association 'Italy in the lead', Licheri stressed how "blockchain technology, notarization, smart contracts, are an alternative path to prevent counterfeiting, in various sectors like fashion and food, providing the consumer guarantees of traceability and transparency during the production chain, with a credible effect on consumption. In isolation, it can be a legal tool for encouraging Made in Italy and conflicting the widespread marvel of Italian Sounding and the counterfeit market."

According to Giuseppe Perrone, head of the Italy- Spain- Portugal Center of Excellence on the EY Blockchain, the use of the technology helps to lessen times for production processes.

Mauro Ferraresi of Iulm underlined the data from research which appears to show how millennial users would be willing and able to spend more if they had total clarity and knowledge of the whole production sequence.

Francesco Boccia of the Democratic Party (DP) also attended the event and highlighted that:

"In the face of what may be a revolution for the company like the Internet, we are making improper uses of the technology, which does not make a real value. It is a technology on which the government should invest further and which must be implemented so that it can have the function of protecting the Made in Italy."

"The features of consumer guarantees offered by the blockchain technology are important, and how it is appropriate to regulate its introduction, especially to protect big data."

The meeting on the Pilot Project to boost the use of distributed ledger technology for the protection of Made in Italy was planned to be conducted from Parlamentino hall of the MISE on March 13, as reported by Coinidol. The subject was the start of the Pilot Project elevated by Ministry of Economic Development which is headed by Luigi Di Maio aiming at using Blockchain for the creation of new options of protection of Italian products. The Pilot Project was officially assigned to IBM.

Tags
Blockchain Italy Production Technology Protection Consumption Internet Smart contract Contract
Most Popular
Jun 29, 2022 at 13:10
Price
Bitcoin Cash Falls Significantly But May Hold Above $102
Jun 29, 2022 at 12:16
Price
Cardano is in a Tight Range as It Poises to Break $0.44 Support
Jun 29, 2022 at 10:50
Price
Weekly Cryptocurrency Market Analysis: Altcoins in Recent Rallies as Bulls Continue to Purchase on Dips
Jun 28, 2022 at 12:31
Price
Litecoin Is in a Sideways Movement After Reaching the 60 Dollar High
Jun 28, 2022 at 11:11
Price
Ripple Faces Rejection at $0.38 as It Risks Further Decline below $0.34
More