The Blockchain and Consent to Guarantee a System of Transition 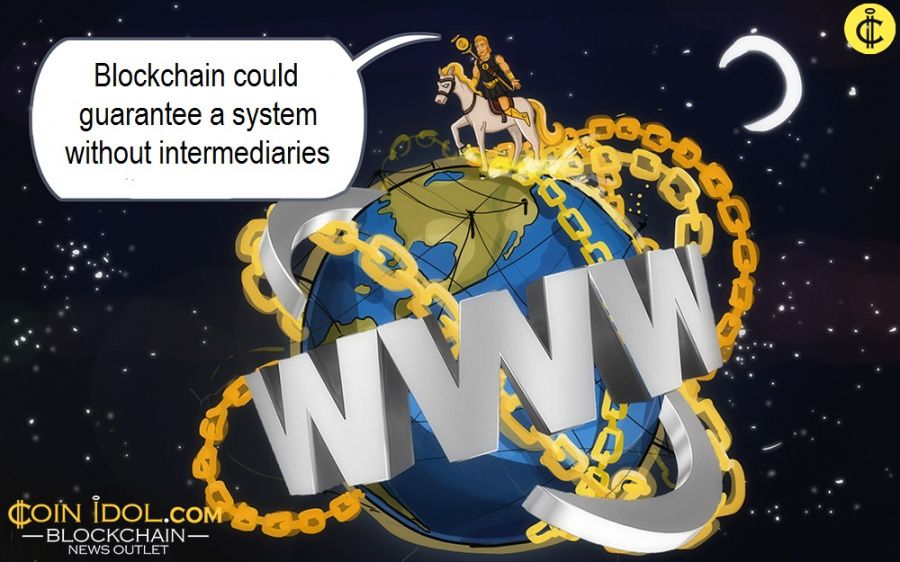 Blockchain technology and theory start from this point and aims to create an equivalent system, without the existence of a central controller, or intermediary, for example banks or insurance companies.

To do this, it introduces two concepts: the Distributed ledger technology (DLT), and consent. These two concepts underlying technology essentially serve to guarantee a system of transition from the Internet of information to the Internet of Value, not only of a monetary nature, but also in matters of certification, real estate, property, intellectual property and conservation of smart contracts, without an authority in the middle.

What is the principle of the distributed ledger? Let's take an example: in order to verify the possession of assets, a bank checks on a single centralized and owned database.  In this case there is only one entity in possession of the information.

The idea of the distributed ledger is instead to distribute a copy of this register, which is updated quickly according to the operations, to all participants in the network, eliminating the central intermediary body.  Thanks to the Internet and the concept of proximity, the blockchain comes to life, a tool that allows you to distribute information in a short time.  The concept of local register can therefore be distributed and therefore overcome.

It remains to overcome the concept of trust, that is, trust with respect to the next one, a question that arose also in Microsoft laboratories in the eighties, and passed by referring to the question of the Byzantine generals through the use of consent.

Consent is the tool inserted in the blockchain to deal with the unreliability of the network, also known as majority or general consent.

Let's take a step back.  The DLT can be considered as a public database, consisting of blocks, simultaneously maintained by a plurality of nodes, or rather PCs connected together in a network based on peer-to-peer technology , without a central unit.  In particular, the operations that are recorded and managed in the digital register each constitute a block, information in digital version. Each block contains different information, both related to the operations that are recorded and to the parties involved, and elements called hashes and timestamp.  These blocks are connected to each other and are created in chronological order, they are unchangeable, in fact the creation of a block must be validated by all the participating nodes through consent.

Each block contains within it an exact copy of all the blocks, of the whole ledger.  The chain is made up of participants, who can be simple users or supporters, called miners, in public blockchains.

The evolution of consensus has led to the birth of Pow, Proof of Work, or the construction of a consensus mechanism based on a mathematical game that incentivizes miners, the participants with higher computational performance, to the blockchain to compete with each other for the processing of exchanges in exchange for a reward, a fee.

Pow is in fact based on the concept of remuneration through the same currency on which the blockchain is based.  This mechanism has meant that the blockchain, ten years after its birth, has not suffered any real fraud. In fact, thanks to the remuneration of the subjects who invest energy in elaborating the reliability of the network, it is the network itself that is maintained and elaborated.  The blockchain is therefore a mechanism that allows you to create a reliable registration system in a network of people who do not trust each other, insured by the same people from the risk of fraud and which determines a remuneration to the participants for an exercise , mining.

In the DLT protocol, the remuneration that is given is created on the spot.  In the bitcoin network, for example, money is created with the participation of users.  The blockchain is the first IT tool that creates valuable objects that do not represent an external value.  A mechanism was therefore created to create coins that have intrinsic non-representative value, through the desire to create a system of transactions that did not have an intermediate authority.

The blockchain also does not require users to register, granting a high level of anonymity.

The so-called permissioned blockchain is also called private;  its peculiarity consists in having a single validator, a single node to validate the new blocks and the possibility of downloading the software is restricted to a few;  otherwise, we find the consortium blockchain, where a group of closed validators can validate, leaving behind the principle of general consent and embracing the principle of centralized consent.

The issue of immutability is very strong in the public blockchain, in the context in which the same technological protocol is used by a controlled reality, the participants of the community can decide to alter the content.  So in private blockchains consent can be by majority, if the majority or the owner of the DLT wants to alter a content, it can do so.

Uses of the blockchain: immutability and decentralization

In order to understand the various uses of the blockchain we must analyze some of its characteristics.  Among the main ones, the first is immutability: what is imprinted, written, in the chain can no longer be changed.

Another decidedly important feature is decentralization, because it is a decentralized system.  The blockchain can be a tool to interact between parties without having an authority as a guarantee, but by distributing trust through the mechanisms of consent.

A third characteristic is audit ability, transparency;  in fact, the blockchain provides a register distributed among all users, unless you want to hide the content, the content tends to be accessible independently to all participants.

The use of this technology is not limited only to the financial aspect, but proves particularly effective for the registration of goods, the certification of products, for the management of intellectual property rights, if there is therefore a need for anti-tampering, for record so as not to tamper with the information, create an interaction between subjects who do not trust, to historically trace the information, without a central subject, of intermediation.

Among the various uses, one of the most striking examples is that of being able to trace the movements of ownership or possession of assets, for production certification, of the supply chain (e.g. carrefour with private blockchain).

The blockchain is a trustless trust system, trust is placed in the participating members.

To get a clearer picture five key points: