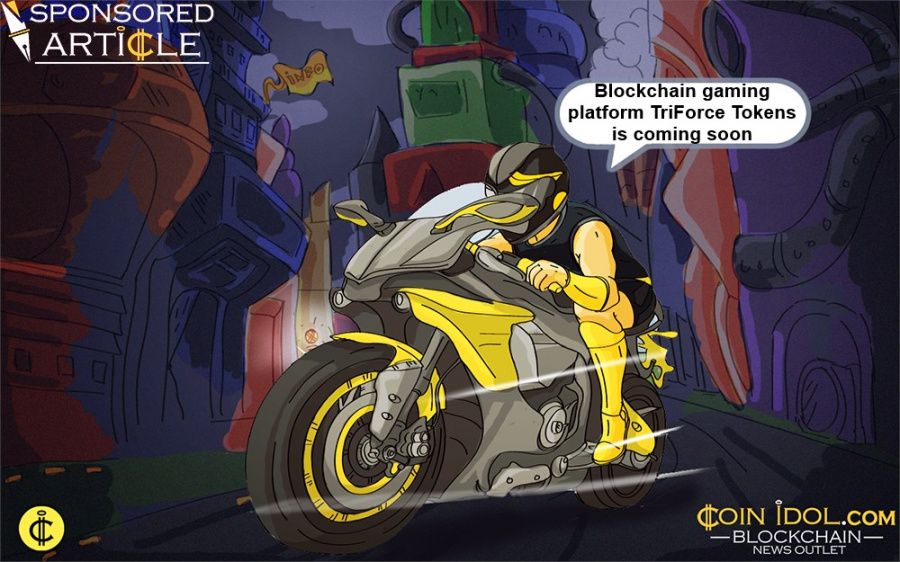 Decentralized gaming firm TriForce Tokens has announced a host of new developments, including an upcoming release of its new RaidParty mobile app which will take place shortly before the next token sale scheduled for February 20th, 2018. Meanwhile it is already a prominent feature of virtual game Second Life, nestled within a new Cryptocurrency Information Center.

With development nearing completion on the RaidParty mobile app, which will be available for both iPhone and Android systems, TriForce Tokens is poised to create waves in the gaming industry. Backed by the research abilities of Coventry University and incubator Innovate UK, the tech firm is well on its way to introducing an online digital ecosystem for the gaming community, all based on blockchain technology.

Marketing activities have also been scaled up as part of continuous efforts to spread awareness of TriForce technology and spearhead its desire to revolutionize the online gaming industry. In this spirit, its native digital currency, formerly known as TFT, also assumes a new name: FORCE token.

TriForce Tokens have also partnered up with Look Touch & Feel, a bespoke marketing consultancy to assist with meeting token sale commitments and widen the project outreach. More work is underway from TriForce Tokens PR department, who continue to push for more mentions of FORCE Tokens on high-level media channels.

As the project continues to attract more interest from private investors, TriForce Tokens is putting finishing touches on several new deals and will share more updates as they happen.

TriForce Tokens’ is Coming to Your Smartphone

The TriForce Tokens RaidParty mobile app will embed itself in the blockchain network – meaning that gamers, developers and streamers can instantly plug in to interact with each other socially, and use a rewards system to honor each other. Work on RaidParty is almost complete, with a beta release very near, before the opening of the next token sale on February 20th. More details will be forthcoming, with updates on real world use and adoption of FORCE tokens.

Acting on analyses and consultation with new marketing partners, TriForce Tokens have now confirmed its next token sale on February 20th, 2018. The sale will last for two weeks or until a total supply of 1.5 billion tokens (1,500,000,000 FORCE) are sold out. The sale will aim for a soft cap target of 1,600 ETH, with tokens sold at a base price of 1 ETH = 6,000 FORCE.

Early participants will benefit from a discount structure, with the discounts decreasing as token supply decreases. The first 1% of token supply will be sold at a 25% discount, after which discounts reduce according to supply. This means that earlier participants are more likely to benefit from better purchasing power. For more details, refer to the updated website and whitepaper.

In February, TriForce Tokens will also announce the dates for its main general sale, which will be the final token sale event for the project. Once the general sale concludes, FORCE tokens will be instantly released to all contributors. FORCE will simultaneously be listed on several recognized exchange platforms, enabling the instant trading on the open market for token holders.

FORCE tokens will be the native currency on the TriForce Tokens ecosystem, powering payments and enabling direct interactions and rewards between users.Pending ISO27001 certification and compliance with General Data Protection Regulations (GDPR), TriForce Tokens is on its way to become UK’s first fully-compliant ICO.

Recognizing the advocacy and networking required in its mission to revolutionize online gaming, TriForce Tokens has ensured its success through significant partnerships with some industry proponents.

It has full membership of the UK games and publisher network, and trade association TIGA, as well as corporate membership of Crypto Valley Association in Switzerland. With its partnership with Coventry University Enterprises Ltd, it is well placed to pursue corporate cooperation. An IP audit on its technology and brand with the UK government’s Innovate UK has also been initiated.

Cognizant of the struggles of developers, especially for independents, TriForce Tokens envisioned a decentralized platform that would assist developers to quickly deploy common features such as tourneys, P2P trading and peer ranking, that would work on any game and platform.

Rather than compete with revenue models, TriForce Tokens looks for new avenues that brings together cross-platform digital wealth in one ecosystem. Players can trade FORCE tokens or earn them as rewards, while developers can give FORCE tokens to players for completing tasks and levy their own fees in FORCE for P2P transactions. With an authentication network, developers can also retrieve lost revenue from piracy.

Because FORCE will mean transparent systems, communities will be happier, safer and more ethical. A unique honor system will recognize players for collaborations and help, while developers gain access to big data and behavioral analysis for deep player insights, helpful in generating unique gaming experiences. All this will improve player loyalty and reduce attrition.

To learn more about TriForce Tokens and the FORCE token sale, visit the website and read the whitepaper. 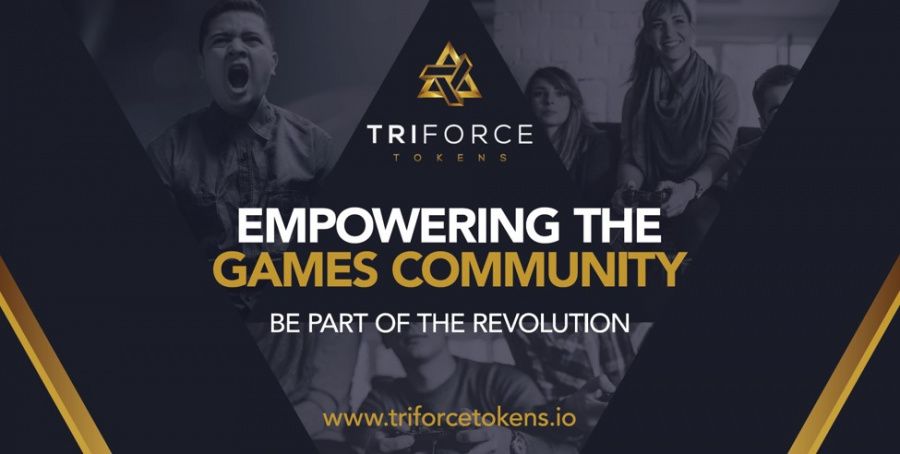