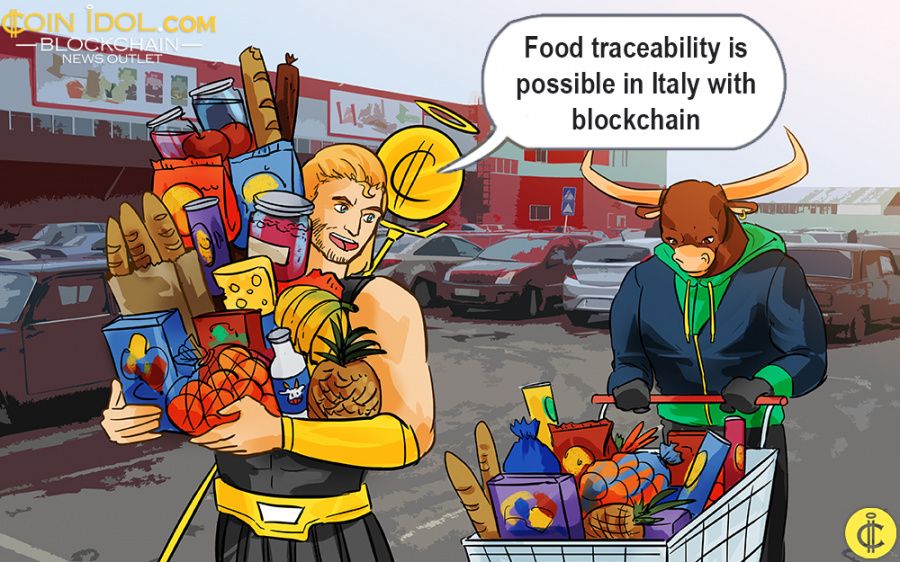 A world in which, with your mobile, sitting comfortably at the table, you can know everything in a few seconds, really everything, about the traceability of what you have on your plate and in your glass, is here. Italy is supporting new technologies including blockchain and distributed ledger technology (DLT) to transform the food industry.

Even the manufacturer's original details, lot numbers, processing instructions, expiration dates, storage, dispatch date ... A world in which, with just a few clicks, you can easily trace back to which type of grapes was used to produce the wine contained in the bottle you are putting in the cart.

A world in which you have applications available - APIs - that enables you to customize the product delivery service to your liking. A world, in short, in which what you buy and what you bring to the table has no more secrets for you. 100% security and transparency guaranteed!

The Most Revolutionary 4.0 Innovation

The result is a revolutionary tool. This is the blockchain, the "chain of blocks", that is the tool of the public register that is the basis of bitcoin. Innovation 4.0 which is renovating the modus operandi of several companies all over the world with positive effects on all the players in the distribution chain of products and services, from the producer to the final customer.

So far the prerogative of the world of finance, the DLT is also transforming the food and agribusiness sector in particular. According to international estimates by the World Health Organization, in fact, each year 60 million people get sick worldwide due to food not suitable for quality standards.

Several of the serious matters affecting food security like contamination, animal diseases, waste management and the fiscal drain of corrupt goods recalls are based of not accessing food traceability data. The DLT promises to be the solution.

Great Maneuvers to Create the Blockchain

Major international maneuvers have been launched to establish a blockchain for agri-food traceability from a consortium of companies that have been joined by a series of partners like Driscoll, Golden State Foods, Kroger, McCormick, McLane, Tyson Foods and IBM. Therefore, DLT is in support of the food universe.

Suffice it to say that giants like Walmart, Nestlé, Unilever, Dole and Carrefour are conducting experiments to integrate a new food traceability model capable of setting a quantitative and qualitative model of data shared along the entire agrifood chain.

Particularly, Carrefour, which applied for the first time in France and in Europe the model for the chicken from Auvergne Carrefour Quality Chain: a farm good, raised in the open air and covered by PGI, which determines sales of 1 million of clothes per year. The food products that are tracked using blockchain also include tomatoes, oranges, eggs, cheeses, hamburgers and salmon.

Agrifood Traceability Has No More Secrets

So what is the revolutionary importance of blockchain tech? Increases the security, speed and confidentiality of data during the course of the supply chain. Cb Insight analysts have pointed out that the blockchain revolution could radically transform the global food industry.

Furthermore, according to a study by Oklahoma State University, the economic advantages of using the blockchain in the breeding sector would lead to savings of up to 80% on traceability systems.

Finally, a recent study by the Food Marketing Institute showed that 44% of consumers demand detailed information on the methods of production of the food purchased; about 43% want to know how the products have been treated, whether organic, GMOs or without preservatives.

However, 75% do not trust what is reported on the labels. In this case the blockchain technology would allow users to track all the phases of the supply chain simultaneously and in real time.

Made in Italy Will no Longer be Counterfeited

Made in Italy wants to be at the forefront of this revolution in food traceability that promises quality protection. Greater protection against fraud and counterfeit products, as well as a drastic reduction in administrative and infrastructure costs.

In fact, Barilla has started the tracing of the basil for ready sauces, while the Bacio Perugina uses the blockchain to avoid the risk of counterfeits. Along the same lines Italy Carrefour and Coop. The Italian Wine Group has also started a traceability project, while EY Italia has studied a Wine blockchain solution.