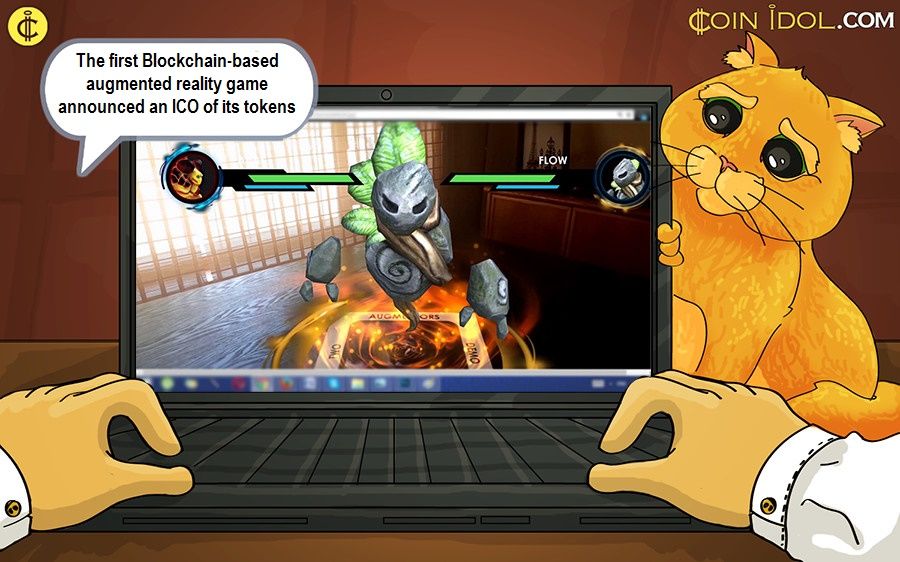 The game created by  Michael Deon, is backed by some of the leading investors from Shark Tank South Africa.

During the 30-day ICO ending on February 28, 2017, the DTB tokens will be available in a ratio of 15000DTB: 1BTC. The ratio of DTB tokens to BTC will be reduced by 1000 at every 5 day intervals throughout the ICO period. Even if the platform fails to raise the required $1 million by the end of the stipulated timeframe, all funds raised will be directly put to use for developing the Alpha version of Augmentors, set for release by the end of May 2017 on Google Play Store and the App Store. The Beta version will soon follow.

According to the announcement, the ICO will run alongside the ongoing bounty campaign that offers an additional way for gamers and cryptocurrency enthusiasts to earn DTBs. It is stated that “each campaign has a stake attached to it, which can be earned by completing the stated objectives. The bounty distribution will be executed according to the campaign structure, and the allocated DTBs for each campaign will be divided amongst all its participants.”

"It's been a long but exciting journey to conceptualize the mechanics of the game, design the 50 characters and their stories, as well how the token sale will work."

The game has already successfully raised over 250 BTC within the first 6 hours of the  ICO. The game platform now intends to raise the rest of the $1 million required to complete the game development.

The concept behind the gameplay of Augmentors and its seamless integration with blockchain technology has been recognized by Vinny Lingham, a Silicon Valley entrepreneur known for his association with Bitcoin and Blockchain-based identity startup, Civic. Joining Vinny on the deal is the Group co-CEO of the largest African advertising agency — The Creative Counsel and board member of Grotech venture capital tech fund, Gil Oved.

Tags
Game ICO Augmented Reality Token Cryptocurrency Platform App Blockchain South Africa Release
Most Popular
May 16, 2021 at 11:30
News
3 Reasons Why Payment Service Platforms Switch to Blockchain, Facilitating the Adoption of the Tech
May 16, 2021 at 10:35
News
Chainlink Rally Stalls at High of $52 as Altcoin Retraces for More Upside Momentum
May 16, 2021 at 09:29
News
Uniswap Range-bound Between $36 and $44, Attempts to Breach Recent High
May 15, 2021 at 12:40
News
Low Orbit Crypto Cannon LOCC Lottery Draft Occurs Every Hour | Stake Once to Enter All Upcoming Drafts
May 15, 2021 at 11:20
News
Dogecoin Resumes Fresh Uptrend as Buyers Recoup Above $0.40 Support
More