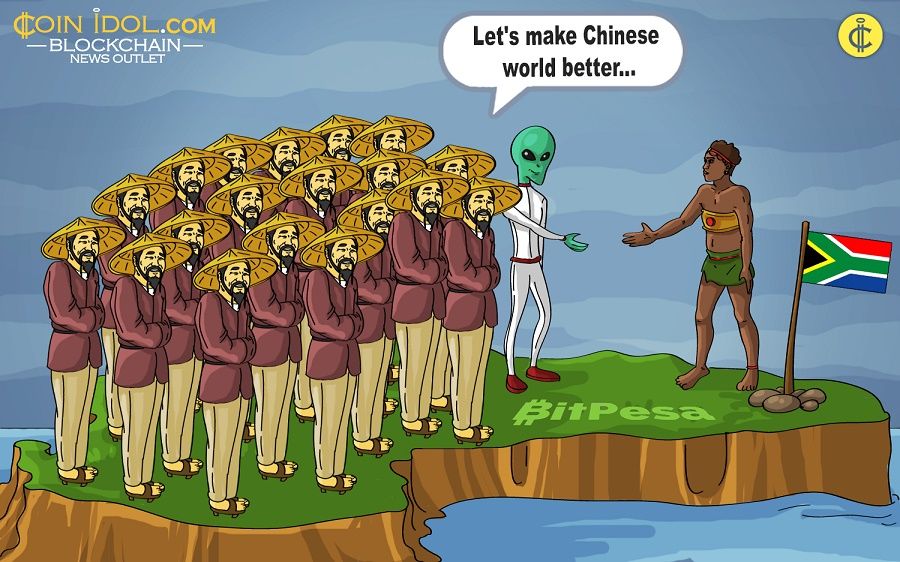 Bitpesa is a bitcoin exchange and Blockchain technology firm based in Nairobi, Kenya, that has recently optimized its platform to focus mainly on the massive trade between East Africa, Nigeria and China.

Gone are the days when East African traders transferred huge amounts of money Via western Union with all the large transaction fees involved. Bitpesa has made it possible for East African and Nigerian businesses to transfer funds safely and cheaply using bitcoin to their Chinese suppliers and vice versa.

Why has Bitpesa focused majorly on China?

The business community can be so diversified, with traders importing different merchandise from different parts of the world. Coinidol.com spoke to Bitpesa CEO, Elizabeth Rossiello, about why Bitpesa chooses to trade mostly with Chinese producers and consumers, and she responded in a statement that:

“Bitpesa is concentrating on china because 95% of all trade volumes to East Africa and Nigeria come from China. Most East African businesses buy their materials or finished goods from China, these traders range from manufacturers to dealers in consumer electronics.”

What was wrong with the old system of money transfer? And how secure is Bitpesa?

Before the emergence of Bitpesa, trade was already ongoing between East Africa, Nigeria and China. CoinIdol.com queried Bitpesa COO Charlene Chen on what exactly is wrong with the old system of cash transfer that Bitpesa is trying to solve. She said:

“Most traders use bank transfers which involve unnecessary delays and huge amounts of money on transaction fees. Some traders were even transferring money in cash, not only exposing their money to risks of losses but also immensely wasting a lot of time in travelling. Our platform provides a unified and safe system of money transfer. Moreover, because these payments usually take weeks to clear, managing working capital becomes a difficult and expensive process which takes time and energy from the core activities of businesses. There is also a very high cost incurred in currency exchange when using the old system.”

BitPesa's Chief Legal and Compliance Officer, Fred Fedynyshyn, spoke to Сoinidol about how safe the Bitpesa system is:

“Bitpesa employs the use of Blockchain technology which is regarded as the most secured data security technology ever invented. Besides that, we have a team of highly skilled technicians and ethical hackers working round the clock to make sure our system is safe from any malicious attack.”

Is Bitpesa the only firm that offers this service?

Coinidol.com spoke to Bamidele Ayemibo, a trade finance expert with 3Timpex, a firm that connects African businesses to suppliers in China and abroad, and he said in a statement that:

“We started a little bit earlier than Bitpesa and we have done very many successful transactions. Bitpesa came out with a new solution for payment which was exciting and OK. So in some kind we integrated our services with Bitpesa to work together with the payments.”