BitFury To Open The First Bitcoin ATMs In Georgia 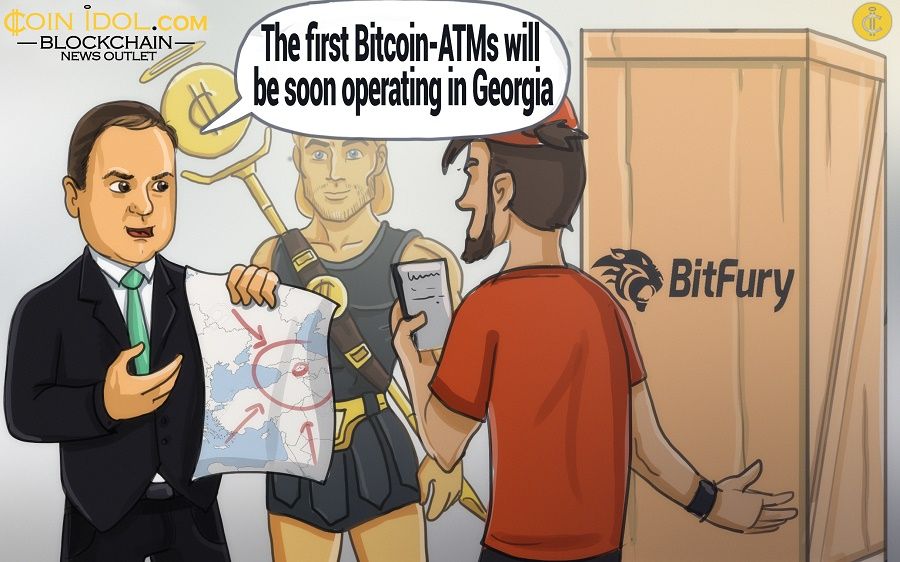 According to his statement, BitFury plans to install one Bitcoin ATM at Tbilisi airport, and the second in the city center.

"The idea of placing a Bitcoin ATM came recently, and we have decided to place two ATMs. Now we are discussing the legal questions of our intentions and compliance with Georgian legislation. If there will be no discrepancies, soon the first Bitcoin ATMs will be available in Georgia."

Both machines will be two-way Bitcoin ATMs, which allows its customers to both purchase cryptocurrency and cash it out.

To date, there are two major Bitcoin mining centers in Georgia, in Gori and Tbilisi, that were opened by BitFury Group and a Georgian co-investment fund. However, cryptocurrency isn’t popular among local society. Some of the reasons for this are the generally low level of economic development, and a lack of accurate and detailed information about cryptocurrency and Blockchain technology. Most of the people know nothing about Bitcoin, and even those who have heard about it, still have only a superficial understanding of what it is. However, BitFury plans to change this tendency.

After the release of this article, CoinIdol.com received a message from the marketing department of BitFury, signed by Jamie Smith, saying that Mr. Urumashvili's statement to a newspaper "Business Georgia" is 100% misunderstood. CoinIdol.com asked for the official letter with details about the future of these BTMs.

Why Ephrem Urumashvili said false information in his official announcement to "Business Georgia"?

Did BitFury get any prohibition to install these BTMs from the authorities of Georgia? Is this prohibition the reason, why department of BitFury’s marketing is trying to take the words of Ephrem Urumashvili back?

Is it possible that BitFury will close its business in Georgia?

CoinIdol.com is still waiting for the official letter with answers, signed by Valery Podnebesny and Valery Vavilov.