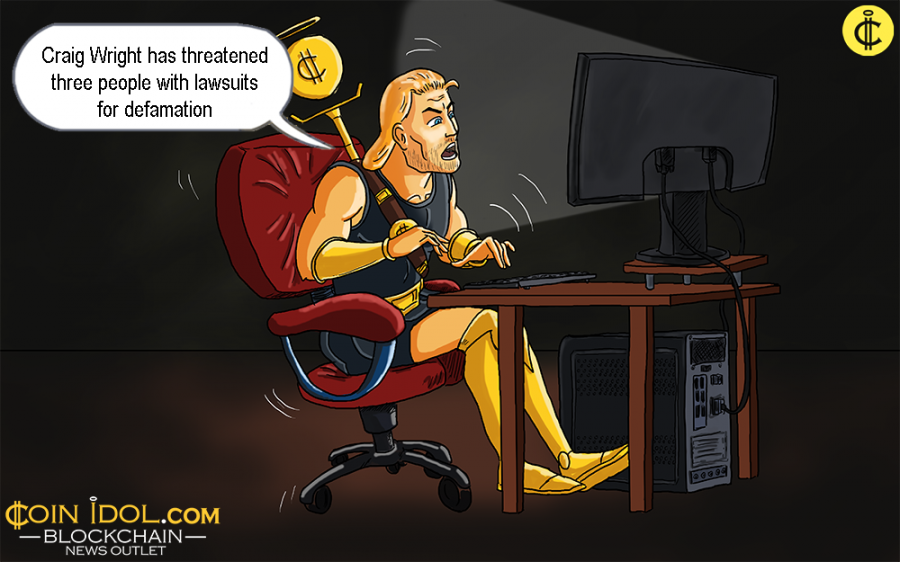 Craig Wright is again in the spotlight of all fintech news agencies. Bitcoin’s creator, as he calls himself, has already threatened three people with lawsuits for defamation and libel. Meanwhile, McAfee promises to reveal the real identity of Bitcoin’s founder Satoshi Nakamoto.

Bitcoin SV is  the cryptocurrency that was formed together with Bitcoin ABC as a result of the hard fork of Bitcoin Cash. The leader of its fintech initiative, Craig Wright, has multiply claimed that he is Satoshi Nakamoto. However, the cryptocurrency community doesn’t believe him and wants him to stop this lie. Some of crypto exchanges such as Binance, Kraken, and Spaceshift have even decided to delist Wright’s coin from their platforms. 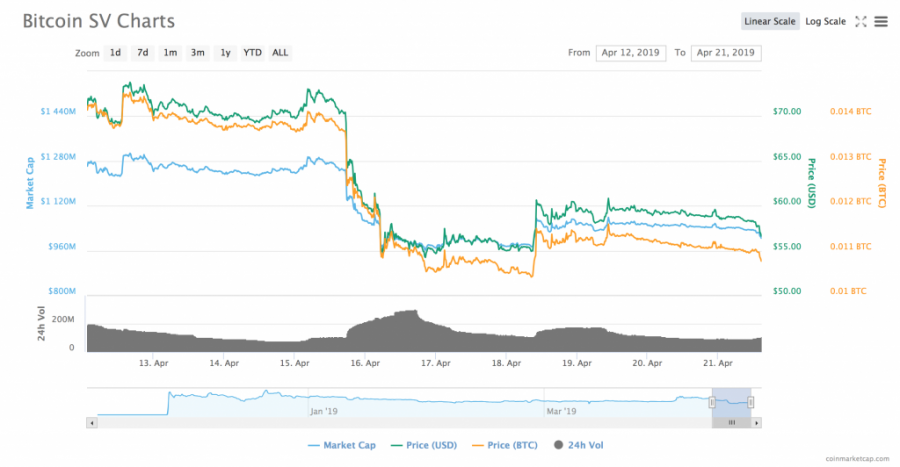 The notorious events could not help but have a negative influence on the price of BSV. The digital currency fell from around $73 on Monday to $54.24 on the next day before recovering to roughly $60 on Thursday. At the press time, BSV is changing hands at $55.82, while Bitcoin Cash price keeps gaining momentum.

Everything started on March 29, Wright hired attorneys to sue Twitter user @Hodlnaut. The team of lawyers sent the user legal papers threatening him for “highly defamatory and abusive tweets.”

In addition, Mr Wright issued warnings to some prominent representatives of the digital currency community as well, namely the creator of Ethereum Vitalik Buterin and podcaster Peter McCormack for stating that he was not the real Bitcoin’s creator. According to Bloomberg, Buterin left this letter unanswered and McCormack informed on Twitter that he has been approached by 15 lawyers, who are ready to take this case pro bono.

“I am mainly seeking people who have a perceived authority within the cryptocurrency industry so Vitalik & Peter McCormack,” Craig Wright wrote in an email to Bloomberg. “They have been sent the opening letter outlining the case already. This will give me the chance to prove my credentials in front of a judge rather than being judged by Twitter.”

Amidst all this hype with Wright and his statements about being Nakamoto, famous fintech entrepreneur John McAfee affirmed that he knew who was the real creator of Bitcoin and promised to reveal his identity.