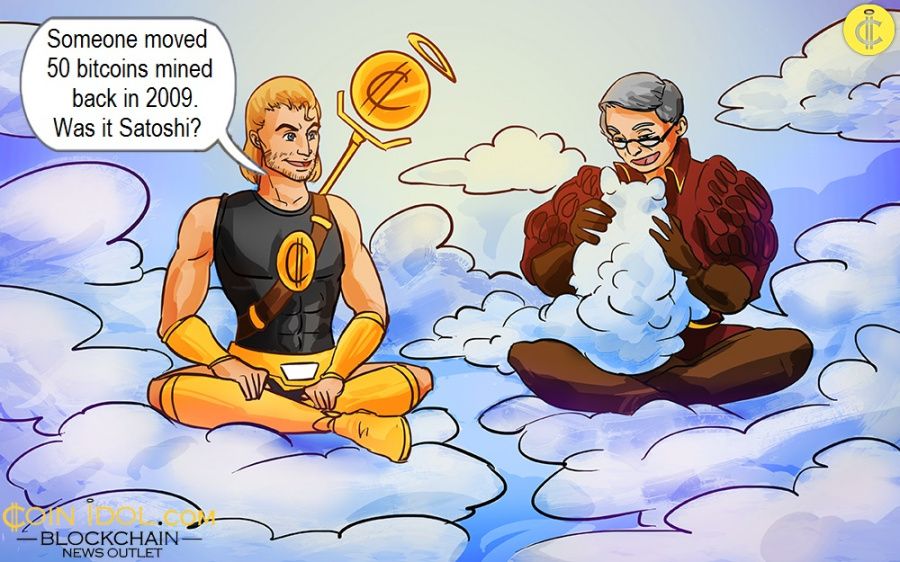 On May 20, an anonymous user moved 50 Bitcoins from a wallet that remained idle since February 2009. The community was in turmoil, while the BTC price dipped instantly. Was that Satoshi Nakamoto?

Bitcoins were moved to two different wallets. 40 Bitcoins were moved to one address, and the remaining 10 BTCs were shifted to another address and then divided into multiple addresses. The coins were mined a month after the launch of Bitcoin mainnet. The height of a block was 3,654th then, with a mining reward of 50 BTC for a mined block.

The transaction was spotted by a Whale Alert Twitter bot that tracks big transactions on multiple blockchain. As soon as it appeared, the tweet became viral, putting the community in a fuss, making people guess who was the mysterious transaction. Some argued that the sender of BTC was Satoshi Nakamoto. Nevertheless, experts speculate that Bitcoin’s sender may not be Satoshi.

ℹ️ The coins in this transaction were mined in the first month of Bitcoin's existence.

Who is the owner of the wallet?

Basically, it is impossible to prove whether the wallet belonged to the real Satoshi Nakamoto, as this block seems to have a different pattern. Besides, Bitcoin data prove that there were a bunch of miners even in the early days of the coin, as Nakamoto announced its launch, thus allowing others to join mining right from the start.

Meanwhile, it was also claimed that the owner of the wallet that transferred 50 BTC belonged to Dr Craig Steven Wright, a senior scientist and founder of Bitcoin SV. At least, the wallet address was filed as Craig Wright’s own address in the court documents of the current litigation between Craig and Brother Kleiman.

Considering the fact that Craig is one of the leading figures who passionately claim to be the real Satoshi Nakamoto, it might prove his identity of a Bitcoin creator. However, the community is sceptical about it, especially considering the fact that he refuses to comment anything so far. This silence might make the community think the Faketoshi has nothing to do with the transactions and, therefore, the wallets he claims to be his.