Bitcoin SV Not Looking Strong After Month of Downtrend 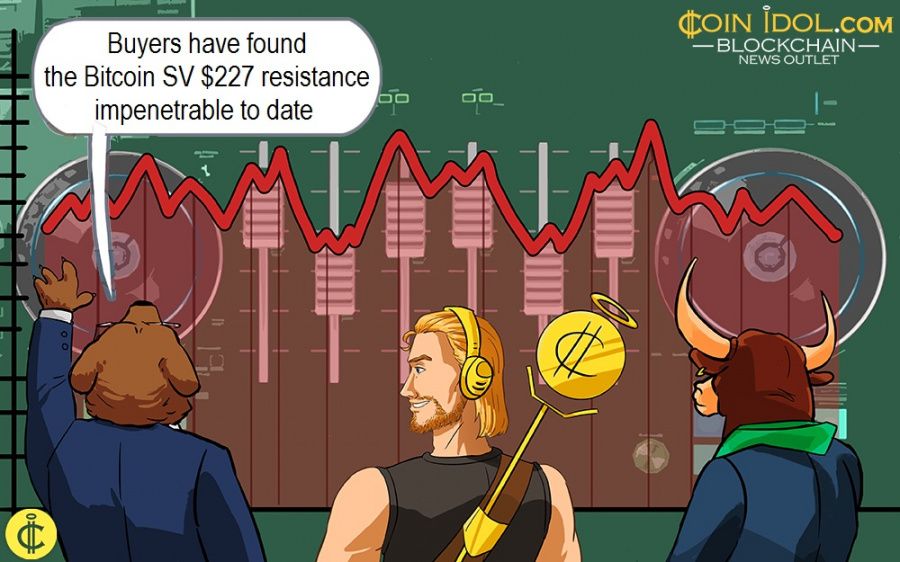 After the last breakdown in March, buyers have found the $227 resistance impenetrable to date. The two attempts to break the resistance in April were repelled by the bears.

In the last attempt, a Doji candlestick appeared with a long upper shadow indicating that buyers were attempting to push prices higher but were rejected by selling pressure.

The downtrend has continued to $175 low after another breakdown on May 10. The bulls made upward correction but were rejected at the $205 resistance. BSV is now consolidating above $193, characterized by small body indecisive candlesticks. The upward move is possible if the price breaks above the downtrend line and closes above it. 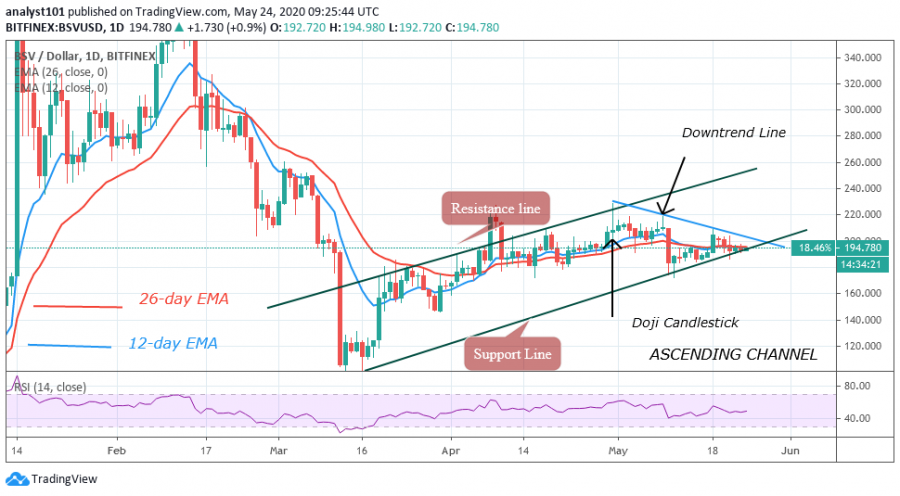 What is the next direction for BSV/USD?

Bitcoin SV has been battling to break the overhead resistance at $227. The bearish reaction has made the crypto to fall to a low of $193. Nonetheless, the market is still in consolidation, a rebound above $193 low is likely to propel price above the downtrend line. Possibly a retest at the $227 resistance is likely.

Tags
Downtrend Bitcoin SV Breakdown Price Cryptocurrency Analytics Correction
Most Popular
May 16, 2021 at 11:30
News
3 Reasons Why Payment Service Platforms Switch to Blockchain, Facilitating the Adoption of the Tech
May 16, 2021 at 10:35
News
Chainlink Rally Stalls at High of $52 as Altcoin Retraces for More Upside Momentum
May 16, 2021 at 09:29
News
Uniswap Range-bound Between $36 and $44, Attempts to Breach Recent High
May 15, 2021 at 12:40
News
Low Orbit Crypto Cannon LOCC Lottery Draft Occurs Every Hour | Stake Once to Enter All Upcoming Drafts
May 15, 2021 at 11:20
News
Dogecoin Resumes Fresh Uptrend as Buyers Recoup Above $0.40 Support
More