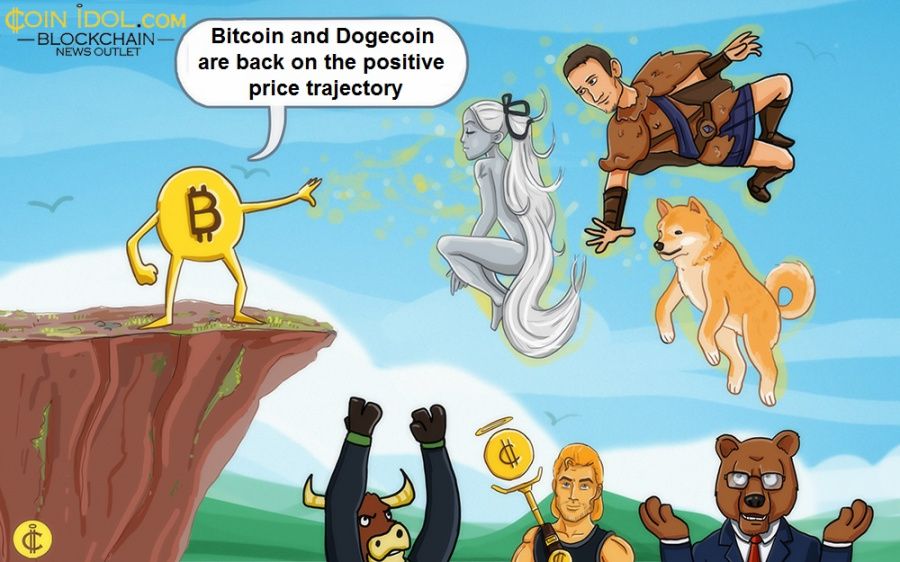 In the past 24 hours, Bitcoin had recorded a low of $54,071 and Dogecoin touched a low of $0.4213. Bitcoin dropped about 5% overnight on Monday. Generally, the entire cryptocurrency market has started to bear down, but influence from a few popular billionaires is trying to recover the market again.

The price of Bitcoin, Dogecoin and other coins have now started to increase. The coins are back on the positive price trajectory.

Zuckerberg inadvertently reveals he is a cryptocurrency owner

The Facebook CEO Mark Elliot Zuckerberg has never directly admitted that he owns Bitcoins, but in his latest tweet, he has come out to indirectly promote BTC publicly, and this has been seen and interpreted by the cryptocurrency community that the internet entrepreneur and philanthropist is an undercover BTC holder. His Facebook post saying: “My Goats (Greatest Of All Time): Max and Bitcoin'' is a cryptic message to the BTC ecosystem.

A large number of people in the cryptocurrency community think that the message clearly shows that Zuckerberg is in support of Bitcoin, a thing that has sent the market into a frenzy.

Although the value of Bitcoin is still in red, the post has influenced the price of the cryptocurrency to shift from $54,071 to 58,534. 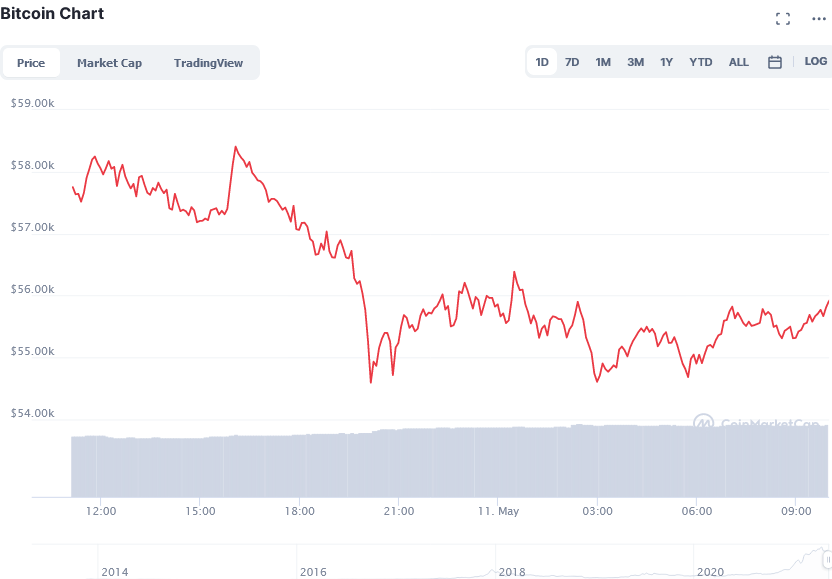 Although Bitcoin appears to be back to its bullish trend due to Zuckerberg’s post, some experts including Delta Exchange CEO Pankaj Balani think that its price could touch the $40k cap if higher support levels fail to hold. The experts are warning that there is a possible danger of fresh significant losses for Bitcoin/USD.

In the same sense, Dogecoin (DOGE) was down on Tuesday morning but the tweet from CEO Tesla and SpaceX Elon Musk is revamping the value of the coin. In the recent past, every time Musk tweeted about DOGE, its price has soared.

This time around, Musk posted: "Do you want Tesla to accept Doge?" and not long after tweeting the poll on Twitter, he recorded more than 333k votes, with nearly 82% of respondents saying "yes". 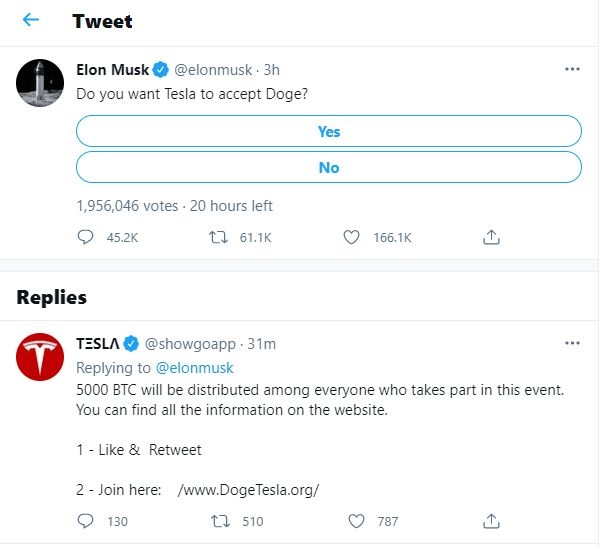 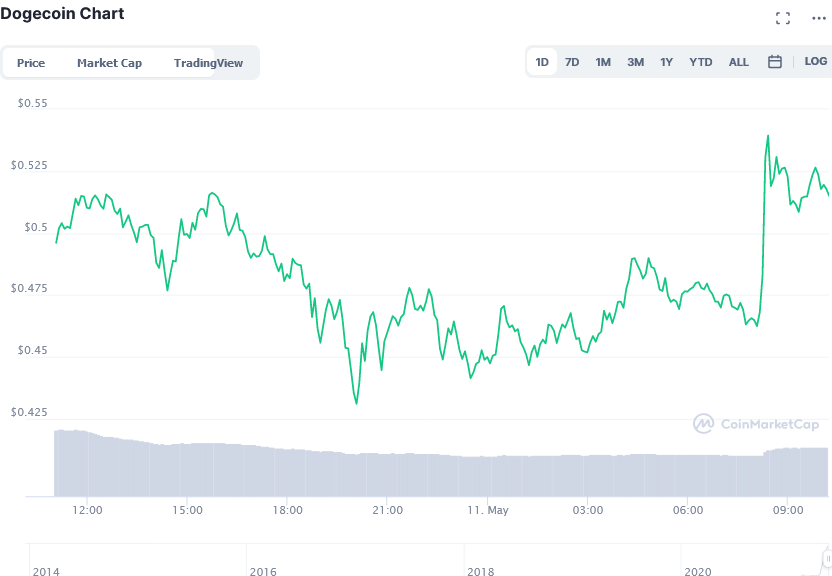 Remember, Tesla (TSLA) is already accepting BTC as a means of payment for its electric cars to only US customers. During the time (in March 2021) when Tesla announced that it was to start accepting Bitcoin, the crypto skyrocketed.