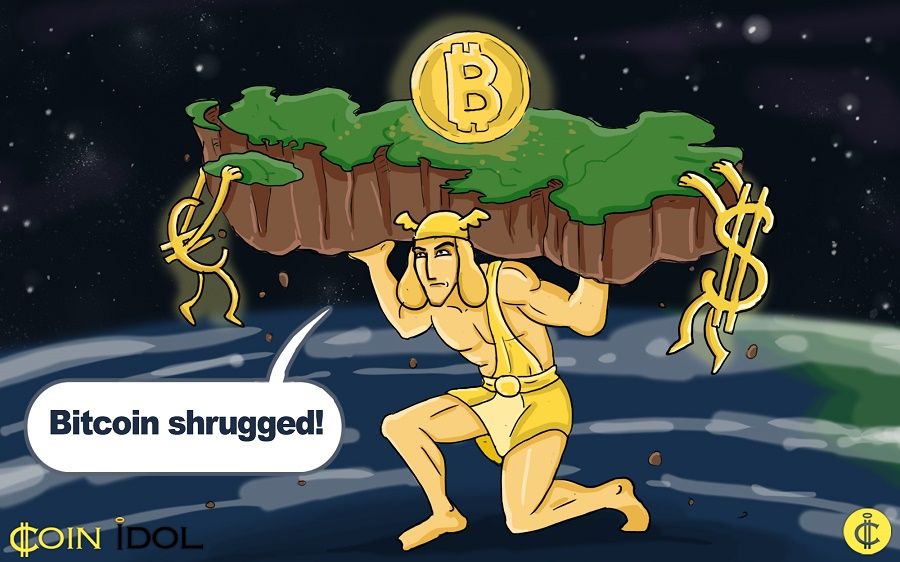 Last week Bitcoin has shown a rapid growth to new highs: $738, £531, €673. Finally, bitcoiners see the growth of the Bitcoin price is coming true.

Moreover, there is a hope for further growth, mainly due to the uncertainty in the financial markets and poor expectations of traders on the eve of a Brexit.
The fear index of S&P Volatility recently showed a decline of 3.5%, indicating the growth of tension in global financial markets.

Last week the whole financial sector was under the influence of important macroeconomic statistics from the US, United Kingdom and the Eurozone. In addition, the past week was the last before the referendum in the UK on leaving the EU.

Positive economic data from the United States contributed to a strengthening of the Dollar in the foreign exchange market. The growth index of the market basket, showed an increase in personal spending. Shortly before his speech, the chairman of the US Federal Reserve D. Yellen also said she expects to see the growth in household spending on private consumption in the coming months. The main event last week was the decision of the Federal Reserve on interest rates. As expected, it remained unchanged. Chairman of the US Federal Reserve D. Yellen said that one of the factors that influenced the decision not to raise the interest rate is the risk of the United Kingdom exiting from the EU. But in the case of inflation, the Fed may raise rates said D. Yellen. Management expects the Fed raising the interest rate to 0.875%. There was also a lowered GDP forecast from 2.2% to 2%. This may have a negative impact on the US national currency, and may have a further impact on Bitcoin.

This week the Bank of England held a meeting on monetary policy. The interest rate has not been changed, while the main topic was the referendum on the UK leaving the EU. The high probability of the Brexit places high pressure on the British pound, which in turn has a positive effect on the BTC:GBP exchange rate growth. Also, oil sales this week exert pressure on the pound.

The yield of German government bonds issued for a term of 10 years grows on the credit markets. German bonds are rising against government bonds of the UK and the US, which increases the attractiveness for European assets. Overstock on the global stock markets has impacted support for the Euro as the investment currency.
In general, European traders this week are also waiting for the results of the Brexit referendum, which eventually had a positive impact on the Bitcoin price.

Last week the head of the Bank of Japan Mr. Kuroda said that they are closely monitoring the fluctuations in the market, including fluctuations of the Yen, and, if necessary, are always ready to take action. From the beginning of the year, Japanese national currency has strengthened against the US Dollar by 13.4%. The Bank of Japan also waits for the results of the referendum in the UK.

The main expectations for the next week of June 20 - June 25 are closely related to the upcoming referendum on the possible exit of Great Britain from the EU. The referendum will be held on 23 June. Recent opinion polls show an increase of the number of those wishing to exit the European Union. What consequences will a Brexit have, if it takes place?

The Brexit primarily will cause an immediate sale of risky assets.  In the short term the UK GDP growth will be slowed down obviously. The pace of development in the UK associated with the EU would also be reduced, which reduces the GDP in Europe. But devaluation of the British Pound will help in the promotion of British products to world markets.

In any case, the period of uncertainty can be beneficial for Bitcoin. This means that next week Bitcoin may continue its upward trend.