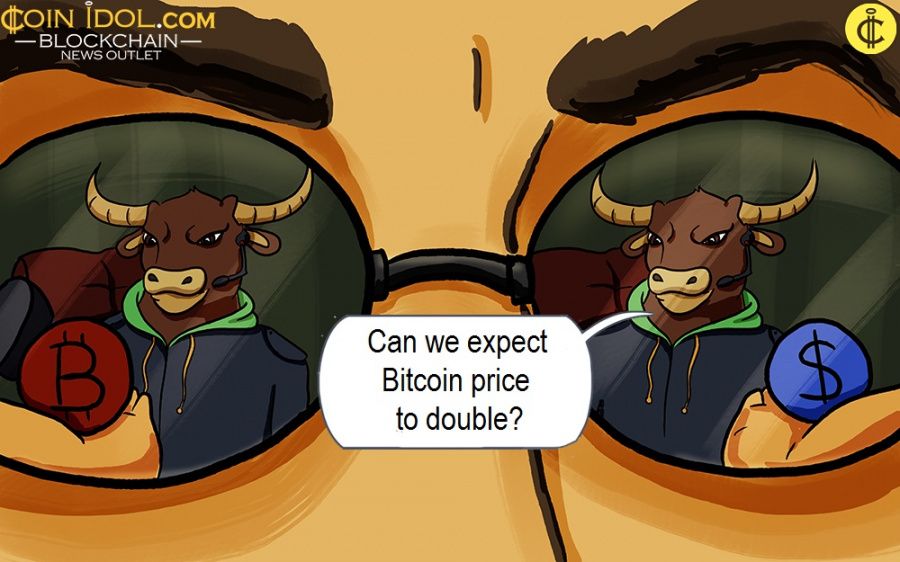 Bitcoin recently experienced a bearish run fueled by many macro level disruptive events most notable of which is the COVID-19. The cryptocurrency will undergo another halving in May 2020 which will cut miner’s reward by half from 12.5 BTC per block to just 6.25 BTC for every block a miner finds.

Currently,!Bitcoin faces a bearish run trading just beyond $8,500 a 15% decrease in the price since january 2020. Although the price decline is attributed to many factors, experts believe the decline would be corrected by the end of the year. Some experts claim that Bitcoin would rally by more than 100% to reach the 2017 peak of $20,000. To spice up things some traders now believe that this price correction could actually happen within a few months.

According to an online analysis, where Bitcoin's current market structure was compared to 2014-2015, Bitcoin is striving well unlike during the previous market cycle. In the analysis the analyst showed how Bitcoin could surge to over $18,000 from the current price of merely $8,550. The analysis users the Bitcoin mining reward halving as a major dependent variable in the calculations.

Although this prediction sounds over optimistic, charts indicate a closer similarity between the Bitcoin market cycle previous and at the moment. This is a clear economic indication that the previous market situation could repeat itself. In the analysis users are reminded to hold on to their Bitcoin to gain profits.

Meanwhile, Bitcoin price doubling could be the major Bullish prediction analyst believe that the market could further have more bullish runs. According to Mike Novogratz, Bitcoin may rally to $20,000 after the halving which comes just in a few months from now.

Meanwhile, Mike did not explain why he thinks bitcoin price could become $20,000 after halving, he previously based on Central Bank policies, Halving and Institutional investment as the main fuels for the future development of Bitcoin.

Tags
Bitcoin price Price Bitcoin Reward Cryptocurrency Market Bullish Analytics Prediction
Most Popular
May 08, 2021 at 11:25
News
There is Fire in the Cryptocurrency Market As Dogecoin Could Be the Next Big Thing
May 08, 2021 at 10:26
News
Polkadot Attempts to Breach $40 Resistance, Lacks Buyers at Higher Price Levels
May 08, 2021 at 09:39
News
Ethereum Continues Its Bullish Run As It Attempts to Jump Over $3,750 High
May 07, 2021 at 12:43
News
Ripple Faces Stiff Resistance at $1.70 High as Bears Attempt to Sink XRP to $1.00 Low
May 07, 2021 at 10:39
News
Revolut Users Will Gain Stronger Control of Their Bitcoins with New Withdrawal Feature
More