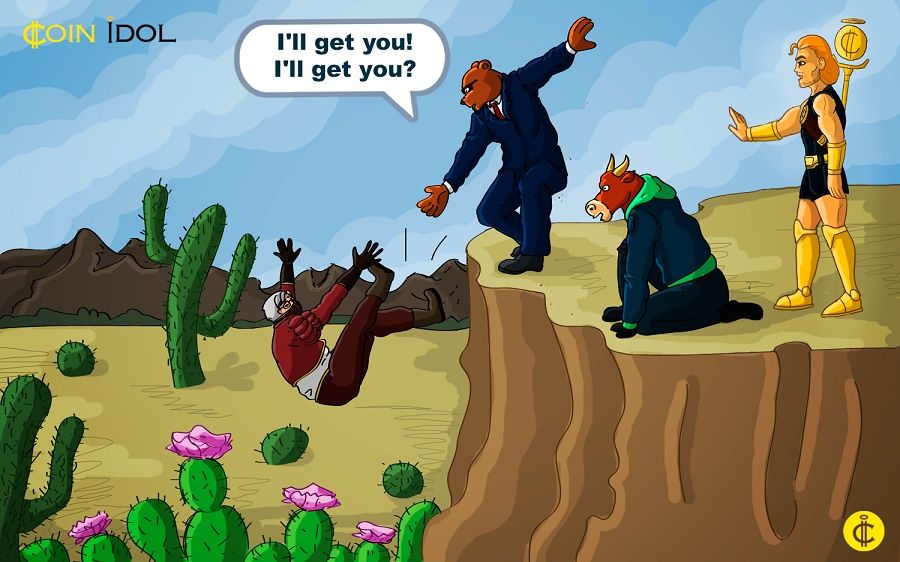 This weekend, the Bitcoin price again fell to $570. It is time for buyers to take the initiative or the price of Bitcoin will decline further.

Monday 15 August, the BTC/USD pair broke the support levels and moved to a new area of interest ​​at $570. However, Bitcoin’s volatility is reducing, which has been seen in July and especially in August. Except for the security problems at Bitfinex, which continue to drag the BTC price down even now. 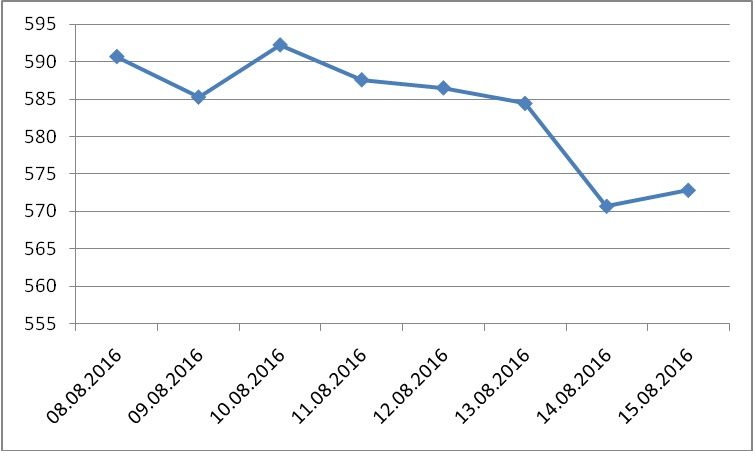 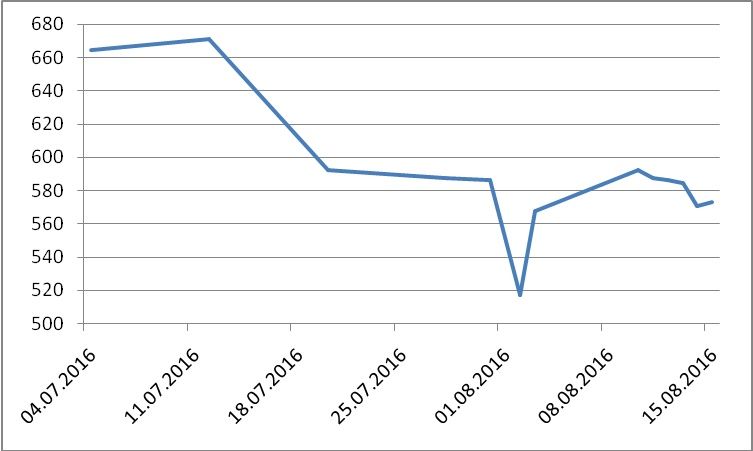 The Bitcoin halving on July 9 has not led to a sharp rise of the Bitcoin price, as the sharpest rise, from $420 to $764, had already taken place in anticipation this event. The long-term bullish trend changes to a downtrend. The turning point is late July - early August. The price could not overcome the resistance level of $600 on August 10, that confirms the beginning of a downtrend. Today, I expect buyers to attempt to win back some of the lost ground and raise the price to $580.