Bitcoin Mass-Adoption Steam Rolls Ahead: In Less Than a Year 2 Million Bitcoin.com Wallets Have Been Created 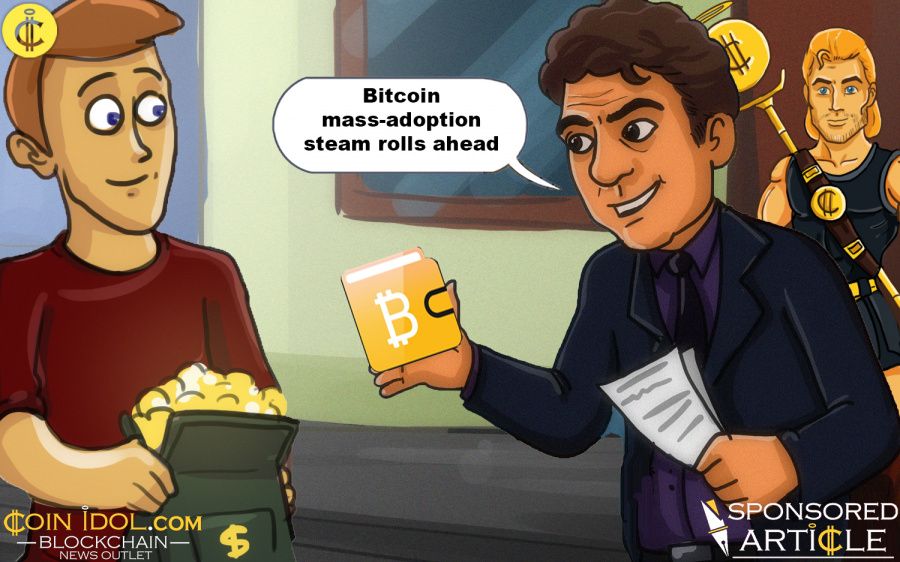 For years Bitcoin was considered as a niche tech-nerd topic that was some weird technological enigma being mined from the shadows, never to be understood, never to have its genius recognized. However, there were perhaps two particularly large catalysts in play that catapulted Bitcoin and Blockchain technology to a globally appreciated status.

For starters, Bitcoin for a very long time was a speculative money maker, tech-savvy investors we quick to jump on board and larger investors began to catch a whiff of the volatile crypto-enigma. It seemed that for some time Bitcoin was some kind of fad, a passing digital-craze. How terribly wrong we were.

Secondly, being the first decentralized digital currency, Bitcoin had speculative value and that was an attractive quality at first, but Bitcoin is something far more than that.The successes of Bitcoins value garnered attention from every corner of the globe, the “what is a Bitcoin” question plagued the minds of the masses and soon the topic of Blockchain technology was on the table.

It wasn’t long before the discussion had reached the ears of innovators, coders, developers, entrepreneurs who acknowledged the latent potential within Bitcoin and its complex Blockchain technology. 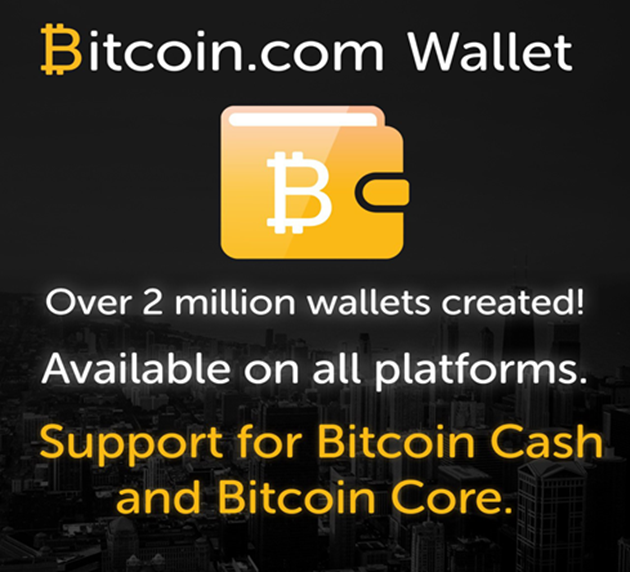 Blockchain technology innovation has never been higher than in the present day; fintech crypto solutions, Web 3.0 developments, and smart-contracts are popular features only begin to scratch the surface of what the technology can do.

One of the largest obstacles that it must overcome is ease-of-access and mass-adoption at a consumer level. Whilst there is a growing list of large businesses that accept bitcoin, smaller merchants and retailers aren’t quite flocking to it in the same way for many reasons which pose a problem for Bitcoins growth.

But that hasn’t deterred the public; Bitcoin.com very recently announced a landmark moment for their Bitcoin Wallet and the Blockchain community as a whole.

Two million Bitcoin.com Wallets have been created since their release seven months ago; Bitcoin.com Wallet users can send and receive Bitcoin Core (BTC) and Bitcoin Cash (BSH) using Bitpay’s Payment Protocols, opening it up to use for small and large businesses, it’s one of seven wallet providers that offer this feature. Additionally, the wallet comes loaded with the power of ShapeShift, a means for users to swap BTC for BCH within the interface of the wallet.

Bitcoin.com owner and CEO Roger Ver believes the future of his company’s flagship product is very bright, Ver stated; Usage of our wallet has doubled in less than three months as demand for Bitcoin Cash continues to grow worldwide. With this, we are seeing an increase in industry support as well as merchant adoption on websites and retail venues. We are working hard to consistently roll out new features and improvements that add to the user experience of the Bitcoin.com Wallet and improve the Bitcoin ecosystem as much as we can.

Since August of 2017, the Bitcoin.com Wallet has had thousands of downloads every single week and it’s not just because the aforementioned features (with more to come in the future), it’s because Bitcoin.com is one of the best sources for blockchain related services, cloud mining participation and providing the latest Bitcoin News.

It’s a significant event for the Bitcoin world; the rapid and welcomed adoption of a wallet from a reputable source is a sure sign that we’re emerging out of the age of skepticism and toward mass adoption. The wallet is available for download on mobile or desktop from every major platform and operating system including Windows, Mac, Linux, Android, and iOS.