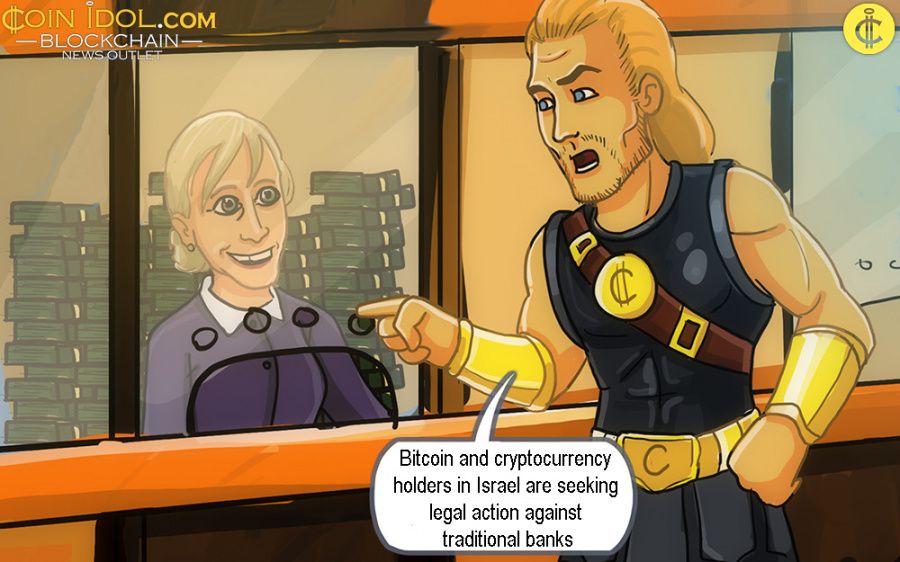 A number of Bitcoin and cryptocurrency holders in Israel have come out to request local banks unveil policies about digital currency accounts. They are seeking for legal action against traditional banking institutions for their snub to open accounts for clients wanting to deposit cash from digital asset sales. The bitcoin holders are now trying to demand the Bank of Israel and other local financial institutions to make their policies about cryptoasset.

The legal adviser to the IBA known as Jonathan Klinger, revealed that under the Banking Law, the commercial bank is required to clearly reveal to the central Bank of Israel the policy where it bases to snub carrying out cryptocurrency transactions.

However, when contacted to draw more light to this information, the Bank of Israel refused to reveal the policy publicly to the media. That is where the cryptocurrency holders based to make a decision of petitioning the court such that it can put the central bank on pressure and make it give a copy of the policy to Bitcoin holders, that was earlier submitted to it by the local banking institutions.

Besides stopping customers from setting up bank accounts, the central Bank of Israel and the local banks in the country have denied to offers some vital services to major organizations such as the IBA, notwithstanding the organization’s position as an NGO.

In September last year, the financial authorities were considering to develop their own Israel state-backed stablecoin after considering a wide range of reasons, one of them being battling tax evasion, and increasing cross-border payment services. Generally, the blockchain and cryptocurrency industry in the country is currently doing perfectly good and there is no any indication that it will fail in the time to come, if and only if it is well regulated.