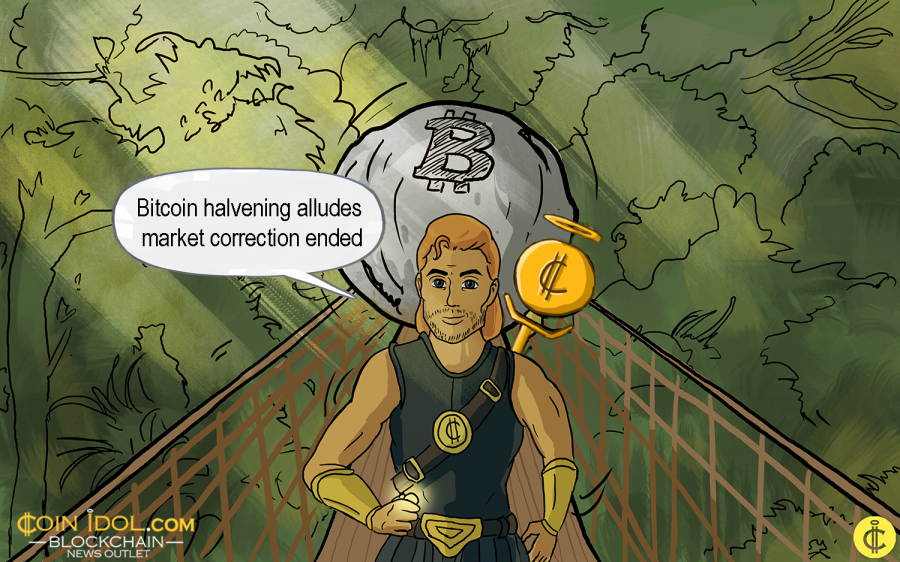 Bitcoin has experienced days of tangled fluctuations since the commencing of this correction. However, the last few months have registered more downwards trend and less assaulting moves. To some people, this might be a significant indication that Bitcoin's correction is finished and that the price is refreshing before starting a fresh cycle.

Nevertheless, to other people, this might be an alert that Bitcoin (BTC) is about to drop deeper in the coming months. Both of these contrasting issues have their own advantages and seem to be very reasonable. However, we hope that there are some major metrics that are being inadvertently neglected and not attended by both sides.

The largest of these metrics is the influence of BTC halvening. If we focus on the above monthly chart for BTC/USD, we can observe that the price action followed by BTC during its previous cycle nearly mirrors the one before it in very many ways. The only major disparity is in magnitude and size. The all-time top hit during the last cycle was a repercussion of a minor percentage increase in price compared to that of 2013.

Likewise, the cycle has also taken little time to finish compared to the recent cycle concluding in 2015. Just observing the chart and comparing these major two cycles, we can see that the time and growth rate of the last cycle appears to be half that of the one occurring before it. On a thorough look and proper detailed analysis, we get the figure of 45% surfacing repeatedly.

The weekly chart above for BTC/USD indicates that BTC hit the third sloping resistance at the start of the week but didn't manage to crash through it. Notwithstanding, there is not much room to descend from here. If the price was to plunge by a factor of 50% magnitude fall in lieu of 45%, it would imply that price should plunge 32.72% from its 61.8% Fibonacci retracement point. This goes down to $5725 which is a mark we have already seen. The price could again see it once more but it has now become stub that demands for a decline to $4000 or lower points are quite dubious as they don't take into consideration the influence of BTC halvening on market cycles.