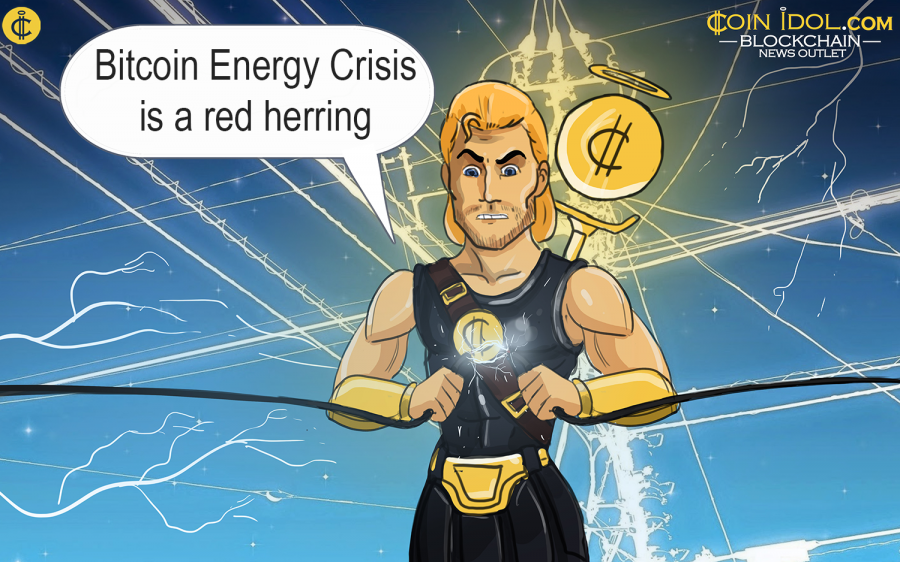 The amount of power consumed by Bitcoin mining isn't the world environmental crisis it is usually made out to be. This is according to the professional assessment carried out by Katrina Kelly-Pitou, who is a research associate in computer and electrical engineering at the University of Pittsburgh.

According to the article she wrote in The Conversation, a media outlet, Katrina censures the characterisation of Bitcoin mining's power consumption as some kind of necessary design flaw, indicating that the prevailing narrative surrounding crypto as an environmental risk is a gross oversimplification that motivates the wide dissemination of factual inaccuracies as obtained wisdom.

“I am a researcher who studies clean energy technology, specifically the transition toward decarbonized energy systems…New technologies – such as data centers, computers and before them trains, planes and automobiles – are often energy-intensive. Over time, all of these have become more efficient, a natural progression of any technology: Saving energy equates to saving costs,” Katrina said.

At a moment when reactions to the future of Bitcoin mining are governed by statistics like the point that it consumes the electricity equivalent to that of the Republic of Ireland, Katrina strongly believes that to bind the conversation to the power consumption of Bitcoin mining in particular is to miss the naked truth of environmental and energy issues.

According to Katrina, the use of renewable energy allows for high electricity consumption for any purpose. The conversation should perhaps be focused around where the electricity utilized to power crypto mining originates from and how it is produced.

She went ahead to compare Bitcoin mining's yearly electricity usage of 30 TeraWatts to that of the world banking sector, valued at around  100 TeraWatts on average. Although crypto mining was to increase a hundredfold, it would again place its share of world power consumption at only 2%.

Katrina further revealed that crypto mining is soaring in places known for exuberant and cheap renewable power like Oregon, a northwestern state of the USA, that has huge amounts of hydropower.

China's Sichuan mountain region, a world nexus of Bitcoin mining, is also an industry destination treated with partiality for the same reason. In Europe for instance, geothermal energy-rich Iceland is also a famous mining destination, implying that crypto mining in that nation operates nearly 100% on renewable energy.

Along with renewable energy, people can also use mobile mining that would definitely allow for saving energy. Mikhail Saifullin, co-founder and CEO of Enecuum, the first blockchain to unite millions of smartphones into a single network, shared his idea with Coinidol:

“The resources consumption will increase and harm the environment. On the other hand, there is an alternative - mobile mining. There are more than 4 billion smartphones in the world at the moment, and this number is growing constantly. In general, people use less than 15% of their smartphone's productivity. Some Blockchain projects combine all existing phones into one network and use their power. This makes it possible to use energy efficiently and spend the natural resources (many of which are non-renewable) as wisely as possible.”