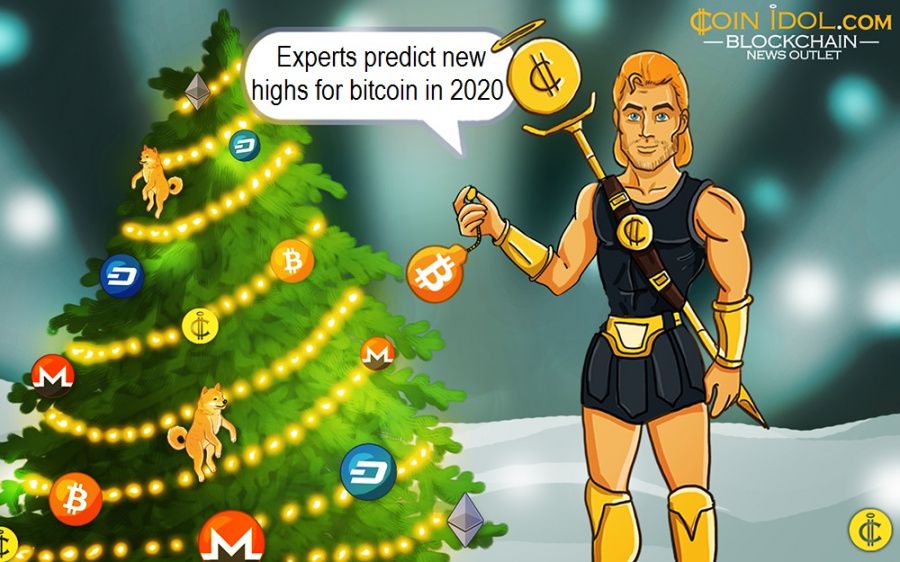 The year 2019 has not been a good year for the majority of cryptocurrencies including Bitcoin.

Most of them are closing it with prices far lower that they opened with, a thing that shows that the entire digital currency market has not performed to its best compared to previous years like 2017. However, there is a lot of hope that the forthcoming year – 2020 that has less than a week to begin – will be a turning point and a deeply different trading session.

At press time, the entire cryptocurrency market capitalization is almost 50% higher than it was exactly at this moment in 2018, nevertheless that is mainly BTC’s doing. The fact is that, numerous digital assets are changing hands lower than how they were trading at the start of this year and this makes it to be one of the trading sessions never to be forgotten by all the market participants.

Considering different promising factors, the year 2020 is more likely to come with new highs in prices. In order to bypass economic recession, central banks have woken up to develop and implement more significant measures. According to the data from coinmarketcap, the total MC is at $191.115 billion and Bitcoin is still dominating the market with 68.7%, at the time of writing.

The Next Cryptocurrency Bubble is Underway

Quantitative easing as well as downward trending interest rates have imposed a great burden on global financial markets and some fiat currencies have experience a decline in their value. We have seen some nations (such as Zimbabwe, Venezuela, etc.) that have undergone a colossal hyperinflation and the internal economic forcing citizens to resort to cryptocurrencies – and also hide their wealth in Bitcoin.

Because of the bend in the value of assets institutional and retail venture capitalists could seek refuge in riskier businesses including Bitcoin. Furthermore, stocks plus real estates are currently standing at their record highs but the global debt is rising steeply. According to the industry experts, the new generation of traders and millennials want to take advantage of cryptocurrencies since they don’t wish to be harassed by the economic recession.

The upcoming 2020 U.S. presidential elections could all contributed much in the skyrocketing of cryptocurrency prices since some of the candidate’s campaigns (like that of Andrew Yang) are being facilitated by digital assets donations. President Donald Trump will not sit back and see stock markets fall, he has to do everything possible to pump them and this will adversely influence global trade agreements for the sake of protectionism.

Also, the BTC halving is going to play a significant role in the market, especially after the incident – the soaring of stock to flow ratio plus the decline of inflation are all good for Bitcoin, but this could be a dangerous factor to mining productivity. New investment opportunities will also be created in the Ethereum community after ETH completes its network upgrade to proof of stake. Considering some of these factors, the next cryptocurrency bubble could be not too far from now.